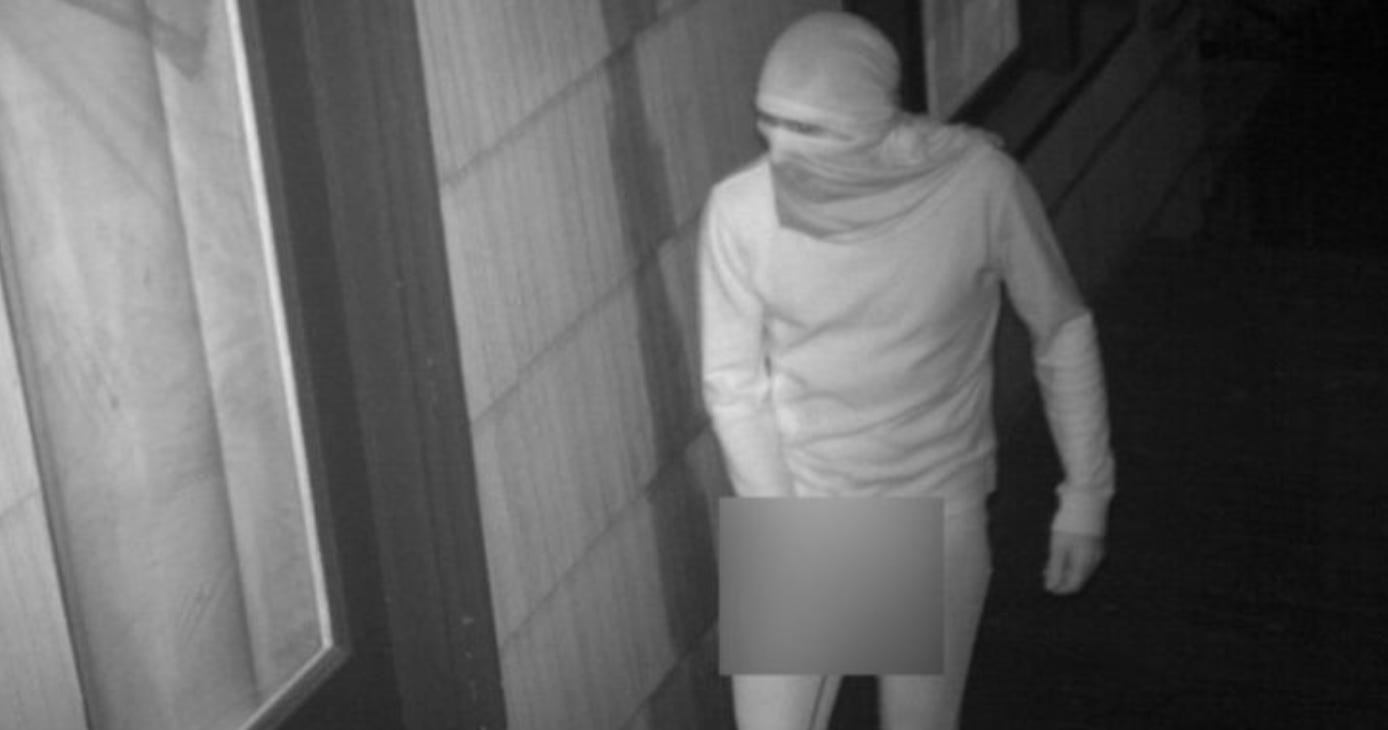 Esquire- Seattle police are trying to identify a masked man believed to have masturbated outside a University District home multiple times. The behavior was first reported January 10, when a woman called 911 to say she just saw a man pleasuring himself outside the front door of her home near the intersection of Northeast 52nd Street and 12th Avenue Northeast, according to police. Responding officers were unable to find the offender. A surveillance camera installed at the home caught a masturbator at the same home February 7, showing a man covered head to toe in black, save for the two body parts he used to perform his mission, Seattle police reports say. His clothing included a hood, a wrap around his face and toe shoes. The night vision surveillance footage makes his attire appear white.

Hey remember in the blog earlier today about the guy jerking off a dolphin (this is my job, Mom, deal with it) when I said we should all give thanks to our lord and savior Jesus Christ that our sex thing isn’t jerking off dolphins? Well add this one to the list. Get down on those knees one more time and give thanks to our lord and savior Jesus Christ that your sex thing isn’t dressing up like a mummy and jerking off in people’s windows. It’s a little thing. It’s something you probably never even thought about doing but give thanks for not being into it anyway. I bet the guy doing it doesn’t even wanna be a hipster mummy masturbator but these are the cards he was dealt. Each time he’s wrapping himself in bed sheets he thinks to himself, “God fucking damn it. We’re doing this again? Alright let’s go.” And off he goes to ruin some poor lady’s night as she’s trying to drink wine and watch a DVRed episode of The Bachelor cause her boss made her work late Monday night even though she told him she couldn’t.