Let’s get this out of the way right off the bat: 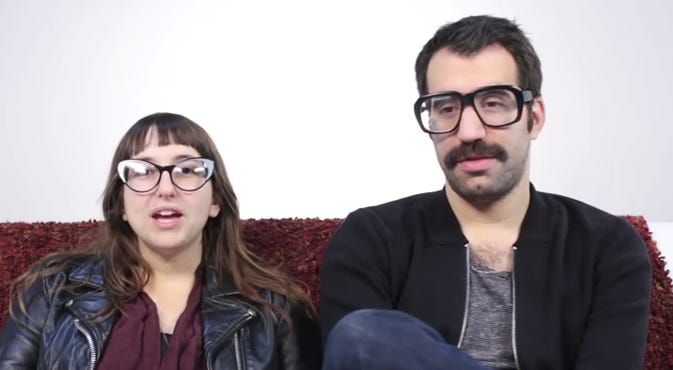 I guffawed when these two dreamboats appeared on screen. I know they look real, talk real, and express human emotions but there’s no convincing me that they’re not muppets. You know how in medieval times the monarchy would get entertained with puppet shows and whatnot? Suki and Dimitri here look like Hebrew hand puppets that Hitler would watch suffer a horrible fate while enjoying his breakfast of schnitzel and potatoes, which is what I assume Germans have for every meal. It looks like god ordered an Israeli caricature artist, shitfaced on Manischewitz, to design their appearances. Really just an incredible twosome here.

Nonetheless, onto the matter at hand: being ordered to have sex with your girlfriend every day for a month would be THE WORST. Sex with a significant other starts getting boring after, what, six months? Four months? No, I’ve got it! A new season. Once a new season hits it becomes a chore. If the weather turns and you’re still having sex with the same person it’s like, “Ugh. We’re still doing this bullshit? I thought this was a summer love/cuffing season/it’s winter and she has a fireplace/spring fling thing?”

It’s pretty standard for guys to joke about not fucking enough but that’s genuinely a dog chasing his tail situation: once we get it we think, That’s what I wanted so bad? Boy, I really romanticized that. Also, there’s a lot of hair in my mouth. It’s one thing if your girlfriend starts throwing it at you every night like “Peaky Blinders” doesn’t come back in April and you’ve still gotta rewatch the first two seasons to remember what happened since it’s been so long, it’s a whole ‘nother when you’ve gotta cry to Buzzfeed about how you can’t get your dick up or cum because you’re so sick of fucking. That’s a surefire way to kill a relationship.

Which is probably why this couple walked out of the studio, one went left, one went right, and they never spoke to each other again. It was just understood that their relationship was over and they deleted their phone numbers as they went their separate ways. 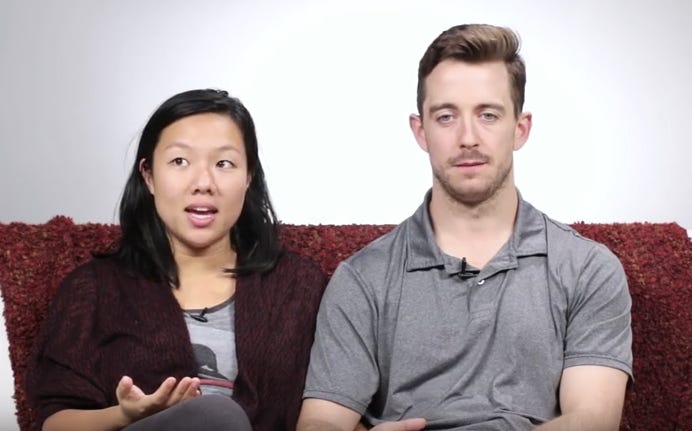 That’s the face of a broken couple, my friends. I know from experience. I went to see “Revolutionary Road” with a girlfriend once, most depressing movie ever. The entire drive home from the theater was in total silence, as I wore this look on my face 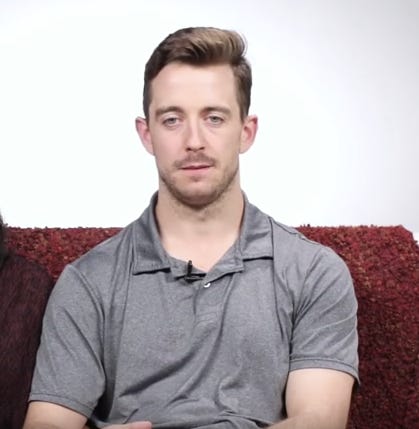 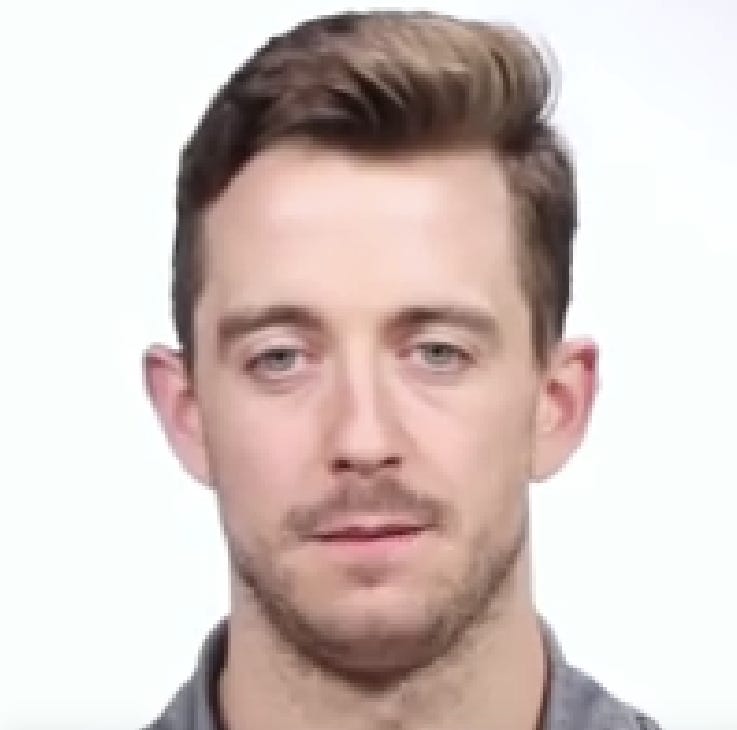 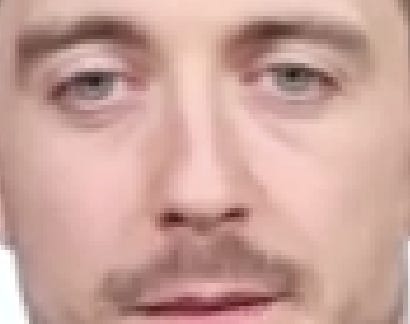 We parked and were both like, “This thing is fucking OVER.” That’s the look of a man who realized life is meaningless, death is unavoidable, and his relationship is done. I promise you that.