Ejin - A hiker who tried to take a selfie against one of Hong Kong’s best known backdrops died after falling 150 meters off Lion Rock mountain. The 30-year-old man was found on a rocky hillside and was certified dead on the spot by paramedics from the Government Flying Service, Apple Daily reports. No identity documents were found on his body. A witness said he saw the man, who was hiking alone, take selfies with the famous lion’s head in the backdrop around 1 p.m. on Saturday. “He was moving further out, probably to get a better view of himself and the lion’s head,” he said. The man had moved to the edge of the cliff with no railings before he disappeared from view. The witness said he next heard a scream.

First things first. During the day 1 Barstool Sports HR entrance interview (Dave talking to you on the phone while he puts up his Guess That Ass while the office squirrel rummages about in the background), he gives you 2 rules: No baby dicks, and deaths in other countries don’t count. American deaths- sad. Asians who fall 150 meters because they were trying to take a selfie- funny. And if you can’t laugh at the visual of a guy who is staring into his camera as he inches closer and closer to the edge of a cliff, your imagination sucks. Because when it comes to Asians and taking pictures, nothing can get in their way. Asians fucking LOVE taking pictures, and now with the selfie stick, the game done changed. Just go down to the National Mall one afternoon, it’s bedlam. Asians doing their Asian crouch poses left and right, 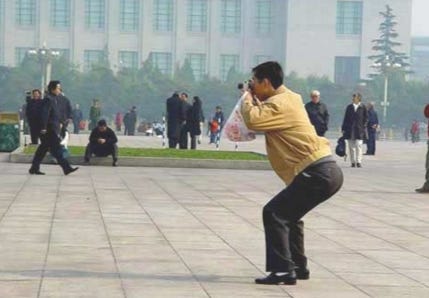 and then Asians with selfie sticks poking joggers in the head everywhere you look. 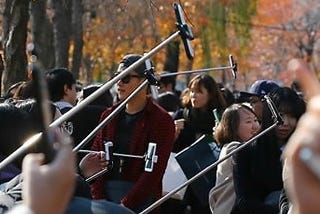 So this guy falling off a cliff just because he wanted his picture taken with a fucking mountain is just perfect. Sometimes you take the selfie, and sometimes the selfie takes you.

The mountain looking like Mufasa is pretty dope though.