First, Russell Wilson is an 85 year old white guy and I’m sure of it. It’s been a suspicion for a while, but that video sealed the deal. It was brief, but that moment where he’s just staring at the camera, as if he’s waiting for it to announce “Hey it started recording, you idiot,” is such an old person move. Doesn’t fuck, is corny as hell, dresses like an idiot, and doesn’t know how technology works: Russ is your dad.

But congrats to the happy couple, they’re finally going to have sex at which point the relationship will promptly end and I’m not even kidding about that. There is no chance that this relationship can last once the wildly complicated problem of sex is added to the equation. Ciara has dated the likes of 50 Cent and Future, she’s written a song about how much she loves riding dick, and she had a rumor that she was a man. All of those things added together mean that she’s a freak. Hell, just one of those things mean she’s a freak, all of them together mean she’s a superfreak.

Russel Wilson, on the other hand? He dated a white girl from Virginia then married her. That’s the extent of his sex life and what makes his refusal to fuck Ciara so mind-blowing. As a big-time college quarterback Russel fucked the Toyota Corolla of women and when he finally got himself a Ferrari, he chose to leave it in the garage rather than bend it around curves at 160 MPH. That’s very, very telling. Ciara may have been able to ween herself off the dick for a little while, but once she gets that taste back she’s not going to settle for a casual glass of red wine, she’s gonna want shots of tequila/coke/heroin/meth/whatever. When you fall off the wagon and back onto the dick you want to fall hard. Russ can’t do that and this won’t last.

PS – that’s a big rock on Ciara, a HUGE rock. But the ring Russ gave to Brady is nicer. 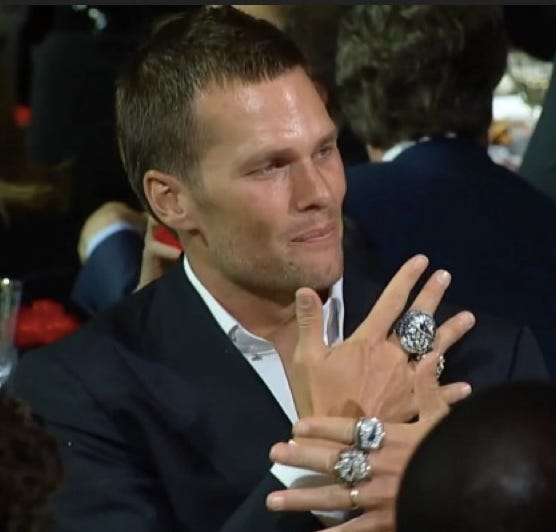