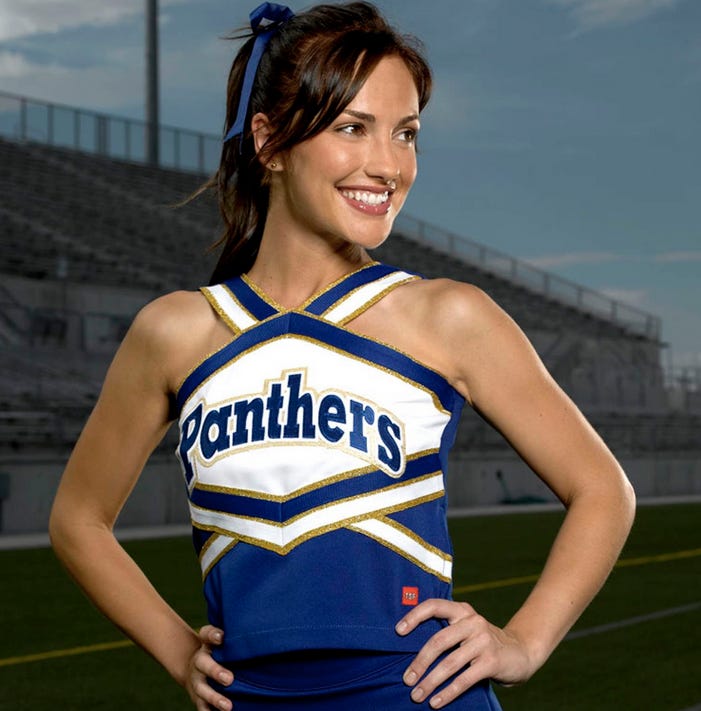 I’m re-watching Friday Night Lights, for like the third time, and I’ve gotta get this off my chest: I fucking hate Lyla Garrity. Hate her. I think it’s a sign of maturation, the fact that it takes more than a pretty face and a cheerleader outfit to get me going now, but for the first time ever it’s become clear to me what a truly terrible person she is.

When I first watched FNL I was probably a sophmore in college and she was the dream. Lyla Garrity had all the qualities I desire in a woman: she was hot, she was hot, and she was hot. But, now that I’m a bit older every scene she’s in makes me want to snap my computer in half. There really isn’t anything redeemable about her at all. I’m not sure if this is a unique opinion, I asked around the office and people seem to be rather split on her, but here’s why she sucks:

– She’s a rich girl. You ever date a rich chick? It’s like silver spoons contract the larynx and force them to live with a whiny voice forever. Totally unbearable. And don’t even get me started on trying to deal with the daddy issues.

– She’s perky. Every Street hospital scene I want someone to come in and throw her out of the window. If I was Street I would have done it myself. Yeah, I know he was paralyzed but I’ve heard the stories about mom’s lifting school buses off their kids and an overly enthusiastic girlfriend would cure a broken back, I’m sure of it. Quit saying I’m going to walk again and god’s got a plan, positivity went out the window with my L3.

– She talks about marriage. Everyone knew that couple in high school who thought they were going to be together forever, they were the worst. Shut up about your eternal love, your boyfriend is either going to fuck someone else at freshman orientation or shatter his vertebrae after a shitty interception. You’ll live out your days miserable like the rest of us.

– She fucked her best friend’s friend. Yes, this goes both ways, but it also doesn’t. Sorry Riggins doesn’t get hate for this but Lyla didn’t come up with the phrases “Texas forever” or “Make some memories” so it’s kind of her own fault.

– She’s a god freak. The only thing I hate more than god freaks are god freaks who fuck. You either get to be high and mighty or you get to jerk your boyfriend off in the hospital bed after you fucked his friend under the bleachers, can’t be both.

That’s the girl we all lusted after and called “wife material” for years and that’s an objectively horrible person. Yes, she’s got a great smile and her face was actually designed by Hera herself, but she’s the worst. The absolute worst. Glad I’m old enough to realize that now.