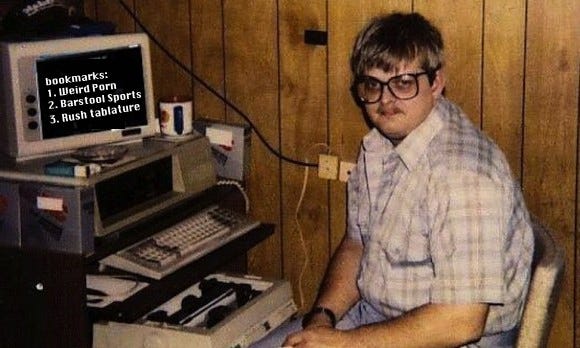 Congrats everyone, it’s Friday, it’s spring break for many of you, and it’s about time to crack open a Mickey’s, a Mad Dog and watch college basketball for 48 hours.

Looking back on the week that was here at Barstool, I see that Dave alienated half the internet again and ESPN threatened to sue us. Pretty quiet week around these parts from what Im told but I’m here to address the controversies and answer your questons about the week that was. Lets get started.

Big Cat and El Pres had opposite takes on Erin Andrews. Who was right and who was wrong?

I actually think Dave didnt go far enough with his take. Dave claimed that he would 100% allow himself to be filmed walking around naked for $55 million dollars. In fact he said that he would love to be in Andrews’ shoes for this whole or deal. And while I’m sure there is a enormous untapped market of horny women frantically searching for voyeur videos of nude bloggers that have gone to jail to defend their favorite sports players, it has somehow eluded El Pres up until this point. Could be a case of bad SEO on his part, but more likely is the fact that this market might not actually exist for reasons Ill get to later. Irregardless, Dave’s take misses the mark because it fails to reach the inevtiable conclusion that it could legally be considered sexual harassment that no one has ever tried to sexually harrass him, thereby depriving him of his civil right to collect a lucrative settlement. Just another example of the war on men.

There are a number of double standards at play in todays society that make it impossible for men to crack through the glass ceiling of not having 20 million people want to watch a secretly recorded video of us naked in our hotel room, but if we ever want to get rid of these shackles, we need to start by looking ourselves in the mirror. From a purely economic standpoint its all about supply and demand when it comes to how come we dont get to share equally in the wealth of stalking settlements. Maybe if us guys werent firing off unsolictated dick picks to any woman that has ever liked one of our facebook posts about Donald Trump we wouldn’t of flooded the market and there could be an opportunity for us to cash in on the profitable and pleasurable business of being stalked, harassed, and scarred for life in exchange for a embarassingly public trial and lump-sum payment. If your a woman and you want to see a guy naked all you have to do is sit next to one on the bus or go back more than 4 pics on any phone you find in the lost and found at Dave & Busters. Change starts at home, and if us guys want a taste of that $55 million we need to start by withholding production on all the nudes until the tables turn eventually and we get to be the ones who get threatened, trailed, and fired from our TV jobs for being over the age of 40.

Sup PFT,
Not familiar with your past but you seem like the right kind of weird.  I like it.
Question 1: Can you guys address the facebook comment section?  I know not much can be done about the filth that slithers into arguments on it but it would be entertaining to hear your takes on it.  It’s a broad topic but the FB comment section has the biggest collection of hardos on the planet.
Question 2: Are you going to get an office dog?  Can it replace Sophia Julia?
Keep up the good work.  – Andy

To adress your second question first- I feel like we should get two office dogs that way we’ll have the good one and the piece of shit one. Any house thats ever had two dogs at the same time knows what I’m talking about. Even if both dogs are fairly close, you’ll always love one more than the other, and it’ll end up getting more food, pets, and heartworm medicine. Either that or we get a parrot that sits on Daves shoulder to replace Feits.
As for Facebook, its become the biggest baddest comment section on the face of the planet earth. There use to be a sentiment that when people have to put their names behind what they write, they will stop being idiots and I actually think the opposite is true. Getting to put your name on your take makes people feel like a deputized author so they really step up the vitriol, when in realty a name is just a participaton trophy you get from your parents for being born.

Anytime a new employee joins an organization there is always a period of trying to incorporate into the new team and company culture.  With Prez, Feits, KFC, Big Cat, and even that schlep Handsome Hank already having a rich history of camaraderie, what is your plan to integrate yourself into the inner circle so that nobody is threatened by ‘the new guy’, i.e. YOU?
Good luck.
-Anthony

My strategy is basically to approach joining this website like its my first day in prison. Thats why for my first MMBM I took a haymaker shot at the biggest baddest brick shithouse on lockdown-row by ranking Tom Brady behind Peyton Manning in my GOAT QB list. It got people talking and love me or hate me your going to know I’m here and I’m not going anywhere. It might not of been a direct hit but no ones gonna be coming for my corn bread or jello in the chow line I can guarentee you that.

Dear Ombudsman,
IS THE GATHERING OF TALENT AT BSS RECENTLY GOING TO BE LIKE WHICH DREAM TEAM?
THE STINKY EAGLES WITH ASOMGHU AND VINCE YOUNG OR THE OJ TRIAL TEAM?
-Boogerford

I feel like its going to be like the Dream Team two with like Mitch Richmond and probably like Shawn Kemp. There are going to be extremely high expectations which we wont live up to but we’ll be able to still beat everyone else because the level of competition out there is so low, no offense to everyone else who writes online.

I know you just don’t care and your content is pretty funny overall. But I skip a lot of your blogs because of the terrible grammar. Maybe take 15 minutes to learn how to use each example below. At the very least people will respect you more.

Ok heres my stance on this. I dont edit myself for anyone. What I type is how it stays and thats final. I said it in my podcast but its Brain-to-Website blogging, like Farm-to-Table food. Your going to get some delicious content but dont bitch and moan if there’s a horse pube in your sweetbreads every now and again.

While this is not your usual twittering technique, I wanted to ask why there hasn’t been any organization when it comes to how BS folks live-tweet television events.
We have a bunch of people who typically live-tweet the Bachelor, MTV’s Challenge, the Republican Conventions, and all that. My question is why not have the personalities organized specifically to cover television shows? Instead of having everyone casually do it, which happens often, why not make it organized? …
When BigCat live-tweets all of the Bar Rescue episodes, it’s almost a can’t miss. If I watch the episode a day late, for example, I try to sometimes scramble and find BigCat’s live tweet log. Without bigcat, that show makes my brain substantially dumber, with BigCat, I feel like I just finished a book once Tafer walks away from yet another perfectly constructed establishment. Not to mention a high percentage of the barstool readers have girlfriends, and watch crappy shows like Scandal  – you know what would help me make it through those brutal 60 minutes without remembering that Kerry Washington is married to Nambdi Asomughua – having one of the guys make the jokes on twitter that I make out loud, often with my audience not enjoying my comments.
-Joseph B.

First of all I think your way overestimating the percentage of barstool readers who are out there getting laid. Number two= I think its not organized because the second it becomes a part of Big Cats job to live-tweet Bar Rescue, your going to see a big downturn in the quality of material that he produces. When something becomes your job- no matter how fun your job is, you wake up in the morning dreading having to go to work that night, and people expect way more out of you if they think your getting paid for it. It would be a bit uncouth to complain to your girlfriend or boyfriends face that they were terrible in bed right after having sex, but if your shelling out $40 a month for a BangBros password and all you get is night-vision missionary you feel entitled to fire off a angry email. People like El Pres live-tweet fashion shows pro-bono almost like a philanthropy- just out of the kindness of there hearts as a way to give back. Cant all be about business, you have to make time for charity and keep things in perpsective.
Thats it for this week. Thanks for all of your questions. If you have any more questions about the goings on behind the scenes on this website email us at BarstoolOmbudsman@Gmail.com