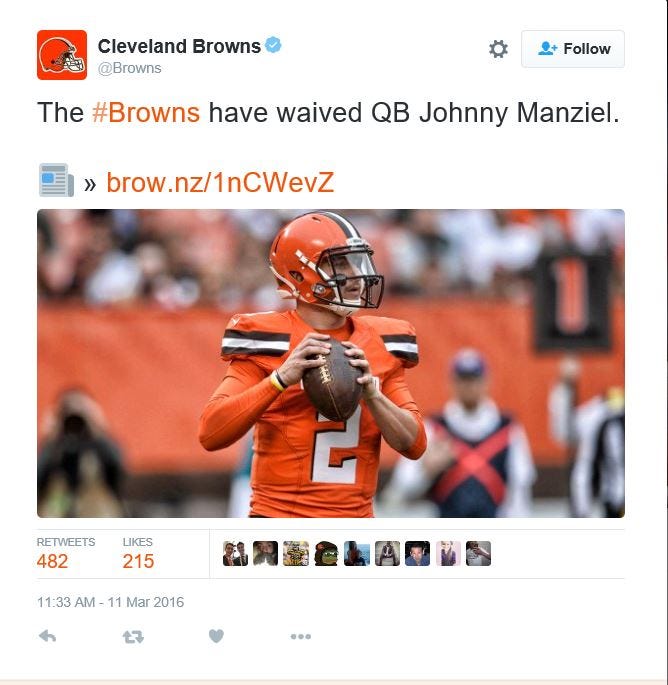 First of all I feel like the Browns twitter account tweeting this out is sort of trying to rub Johnny Football’s face in it.  Like bragging about it.   Hey Cleveland don’t you get this is exactly what Johnny wanted?  He wanted out of your bum town.  He was sick of the weather, the ugly girls, and Lebron.   He was sick of having to “play by the rules.”   The Browns drafted Johnny to be Johnny and then they put shakles on him.   The didn’t let him do all the things that make him great.  Scramble, imrovise, drink etc.  If Johnny left the pocket or showed up drunk to team meetings he got scolded and put in timeout.  You can’t expect Johnny Football to flourish that way.  Let him be him.  Let him do what he does.  Let him lead you.   So once it became obvious Cleveland wasn’t ready for a guy like Johnny he forced his way out of town.   Now it’s onto Dallas and when Romo gets hurt it may be Johnny onto Houston for the Superbowl in his home state.   Am I ready to give up on Johnny Football?   I think the answer is clearly no.

PS – I wonder if he’ll do my podcast now?