(Mirror) – A man who lives with a 10lb PENIS has shared all about living with an enormous member – and he says “it’s great”. Micha Stuntz, as he is known, lives in Berlin, where he says his big package has helped him free himself from established roles and ideas about sex – and left him “ready to play”. The 45-year-old has revealed that his penis is 9in long and 5.5in wide. Thanks to silicone injections, it weighs roughly 9.5lb, or the weight of an average-sized cat. Although he says being big in the underwear department can stop you doing some things in the bedroom , it does make you “more creative” about you can do.

When I read the headline, I assumed this story was fake. When I saw the picture of this dude’s outrageous dick, I was damn near positive that it was fake. But then, I realized he was gay (that probably should have happened as soon as I saw the picture of him in a leather ensemble surrounded by men, but it took an extra second) and all assumptions it was fake went out the window with that epiphany. This is definitely real.

Maybe it’s stereotypical, but gay dudes just like weirder, freakier stuff so this is very believable. Women prefer a small, stupid penis, of course. Everyone knows that. But the gays get down with the strange. They had to operate in the shadows for so long that they had to evolve at a quicker rate. When it comes to BDSM shit gay guys are like Bane, straight folks are like Batman. We merely adopted the kink, gay dudes were born in it, molded by it. They didn’t have time to enjoy normal sex until 2015, by then it was nothing to them but boring. You want to have some normal missionary sex and go to bed? Snoozefest. Pop on that leather vest, inject that dick with so much silicone it becomes the Hulk, and let’s get gay.

If you think I’m wrong, just look at this guy. Eyeing Micha like he’s got a porterhouse in his drawers. 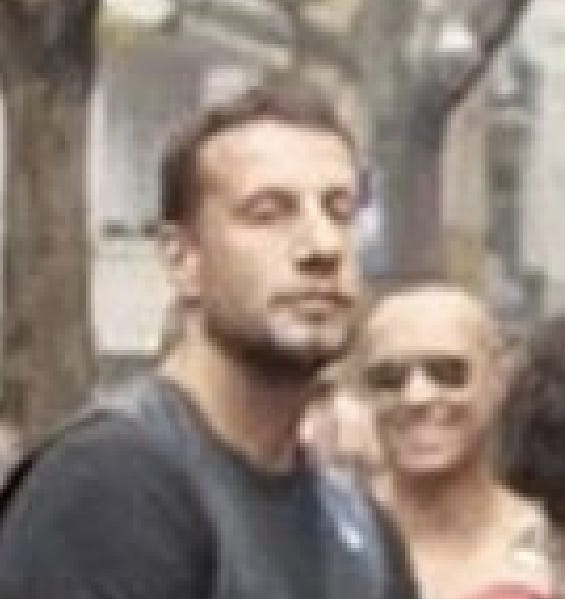