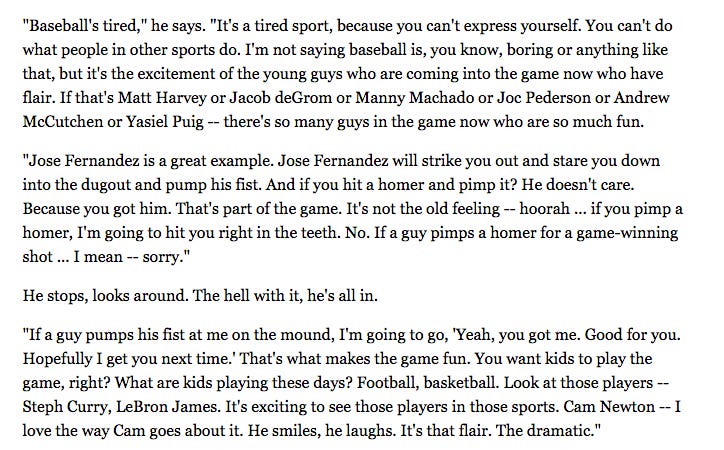 ESPN (great article, a must read)

Thank you based Bryce Harper. Fucking thank you. That right there is why people who hate on Bryce are no different than old ladies who send letters to the editor when Cam Newton dances. Bryce is here to save baseball from being the most boring sport in existence. Here to kick Brian McCann’s crotchety old ass in the teeth and give him the DX “suck it” on the way out. He doesn’t care about stepping on Atlanta’s “A” behind home plate. Doesn’t care about watching his ball bounce off the International Space Station and before jogging around the bases.

It’s what makes the game fun. Baseball has gotten so old and uptight that people lose their minds when someone like Bryce or Puig tries to add a little bit of flair to it. A little bit of personality. And Bryce is naturally that guy. He’s electric in all facets of the word. He wants baseball to be exciting. And he agrees with what we’ve been saying for ages- if you don’t want a guy to pimp his HR, don’t give up a HR. If you don’t want a pitcher doing a Tiger Woods-esque fist pump in your grill after striking you out, don’t strike out. It’s what gets people going. It’s what makes baseball exciting.

Commercial break for this dreamy picture: 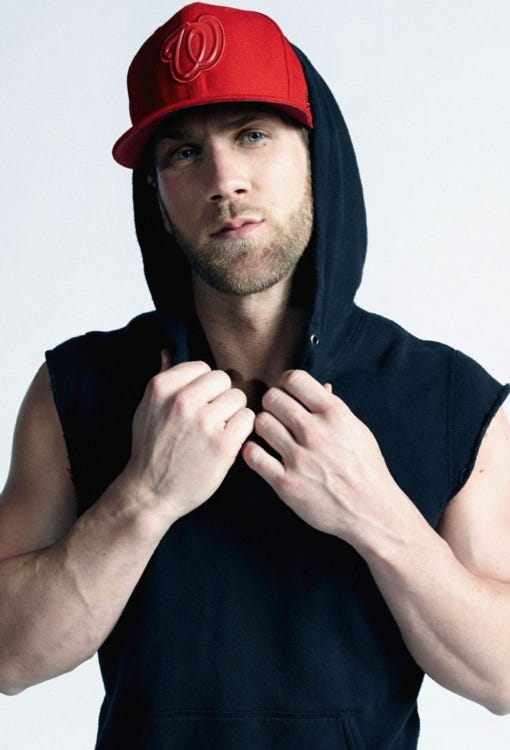 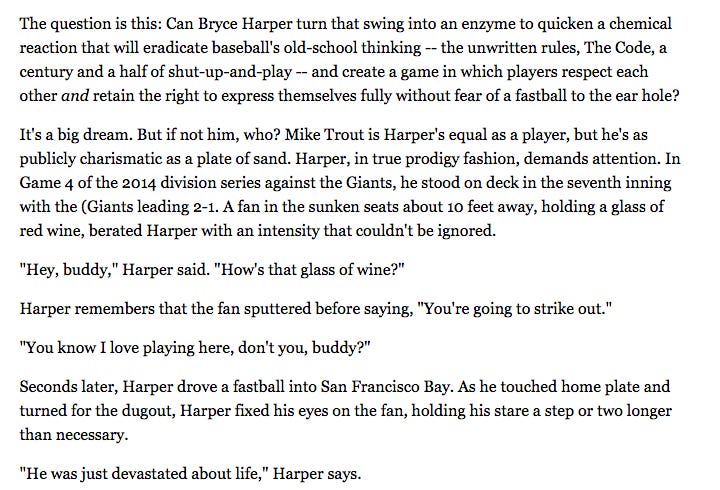 What a fucking G. You don’t sip your chardonnay at a baseball game and chirp Bryce and live to talk about it.

If you’re not on board with Bryce at this point, I don’t know what to tell ya. He’s the best you’ll ever see. 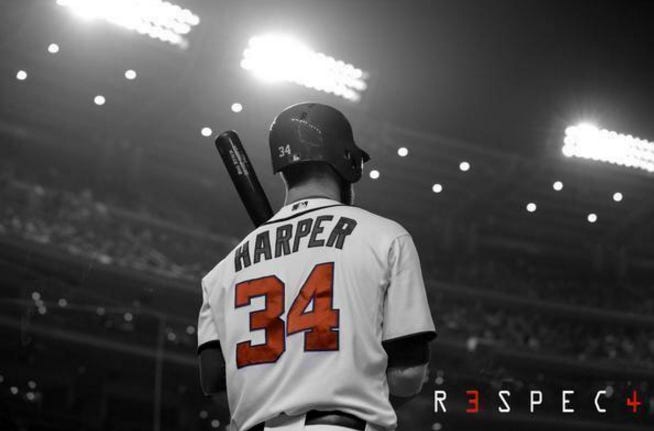