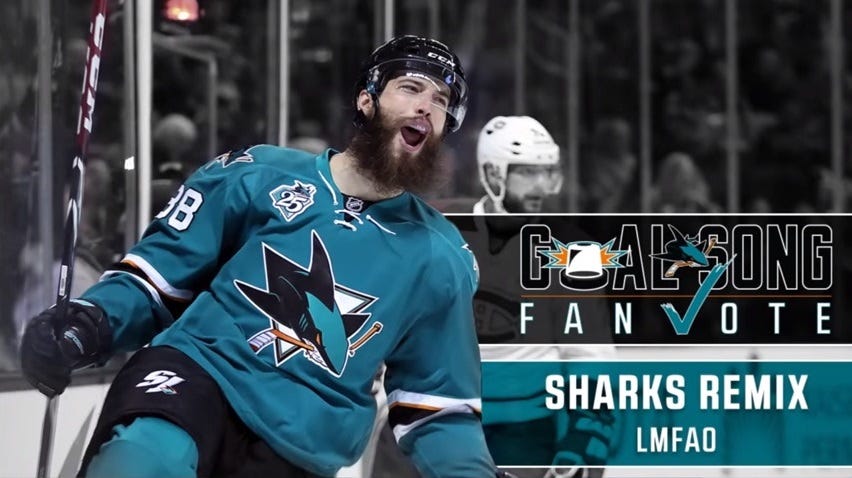 The San Jose Sharks are currently in the market for a new goal song. The Sharks are holding on to the 3rd place spot in the Pacific Division and have a 6 point lead on the last wild card spot so I guess they’re looking for something new to break out for the playoffs. So they have a fan voting process going on right now (www.sjsharks.com/goalsongvote) because this is America and Democracy is the tits. But sometimes even in a Democracy, some things can fall through the cracks and go awry. Take for example this year’s Presidential election, or this god awful track on the Sharks’ goal song ballot. Because make no doubt about it, if the Sharks end up with this goal song then there is no doubt in my mind that they will be swept in the 1st round.

The same people who vote for this song are the ones who initially started to vote John Scott into the All Star Game. They are assholes who just want to watch the world burn. They are heathens who thrive on chaos and anarchy. They are people who show up to the game looking like this. 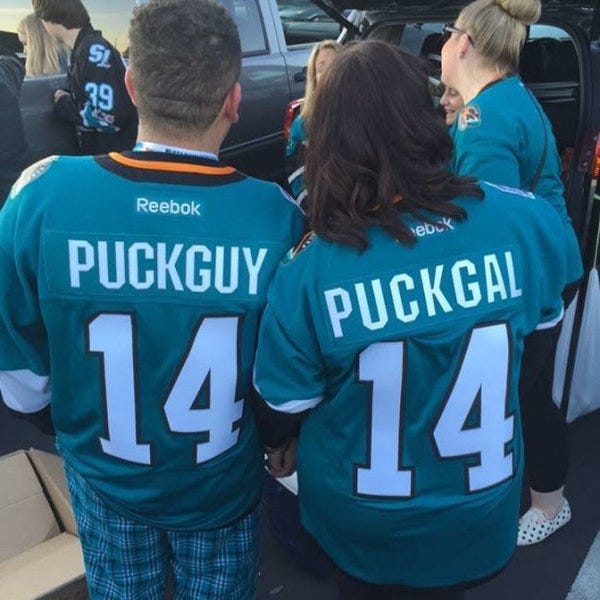 Friendly reminder to all you kids at home to never get married.

This is just another example of why the San Jose Sharks will never be able to turn that corner and become a Stanley Cup winning franchise. There’s a reason why the Blackhawks are so difficult to play against. It’s not because they have the best players in the world and their GM is savvy as fuck and always manages to win trade deadline. It’s because Chelsea Dagger is such a jam piece. So even as an opposing fan, you find yourself wanting to see the Blackhawks score so you can listen to the song again. If this “Sharks Remix” is the best San Jose has to offer, well then you can just kiss home ice advantage goodbye. And that’s some real talk.

Play went on for a few more seconds after that first goal since nobody on the ice originally saw that rocket hit the back bar. Johnny Gaudreau has already passed his points total from last season and is going to get PAID with his next contract. Believe that.