Blog picks were ok – 120 for Harden, Melo and Chalmers. Would have preferred 140+ but at least we got value from Chalmers before he blew his Achilles out.

Faded Chalmers and Melo in my main tourney lineup when it looked like they’d be massively owned, and used the money to spend up on Kemba and Holiday instead. That worked out…the value play of Brewer did not.

Only 4 games tonight but looks like there are some great plays out there. 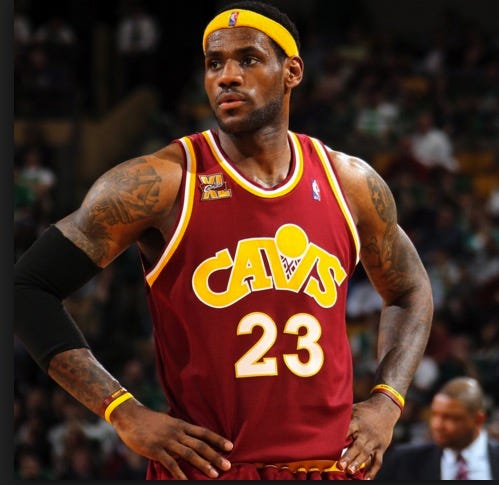 Nothing fancy here. Not that many options on a small slate, and Lebron is the most expensive guy by over a full thousand bucks. But good plays are good plays and Lebron is my top guy of the night. We need him to break 50 to hit real value here and it looks like the perfect storm to do that – a shitty Lakers defense, but a feisty team that may actually keep it close, and extra motivation for the Kobe matchup. I rarely ever roster Lebron anymore but I feel like you’ll need him for the winning lineup tonight. 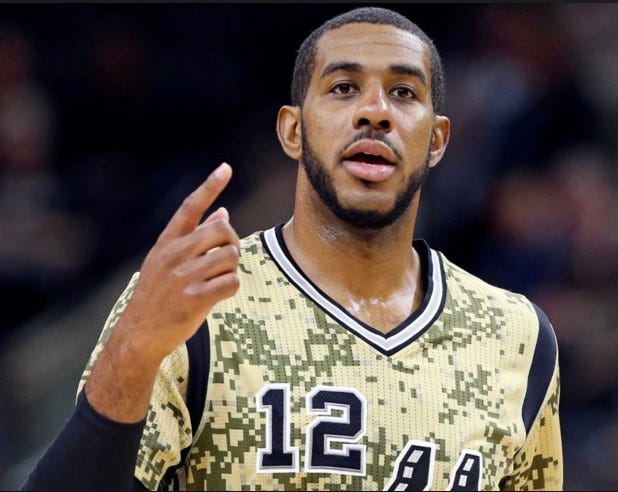 Hey if they’re not going to raise Aldridge’s price, I’m going to keep slotting him in at PF. I mean look at this game log. He’s crushing value every single night and showing 55 point upside. At only 7.1K that’s nuts. Of course, since it’s only a 4 game slate, he’ll probably be very popular, so going up to Millsap might not be a bad tournament idea. But if we’re talking pure points x price value Aldridge is easily my top choice. 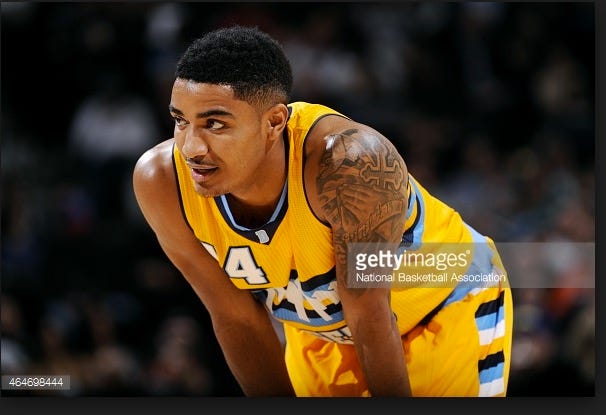 Not a lot of pricey guys tonight so you don’t need a ton of value, but one cheap play I really like is Gary Harris. Barton’s the better know SG in Denver, but Harris has been playing over 40 minutes a game, and has finally shown he’s able to break 30 points. Normally I’d avoid him in tourneys because he usually only has a 28ish point ceiling, but when you consider the Suns defense, I think we can boost that ceiling up to 34-38 which is some nice 7X value.

PG- I can’t imagine Kobe misses this game against Lebron, but if he does, D’angelo becomes one of my favorite plays of the night. His usage is massive with Kobe out. Lowry kind of burned me last time but he’s the clear cut top option at PG here, and Mudiay has been awesome lately. Keep an eye out for anyone sitting this game out for rest, but if he’s a go, Kyrie against the Lakers is obviously a big time play.

SG- I like saving with Harris or Booker here, but DeRozan always has a shot of being the top SG any given night. JR Smith and E’Twaun are some risky punts.

SF- I don’t know if Kawhi has that tournament upside for tonight but I’ll definitely get him in at least a couple lineups. I think I feel better about paying up for Bron here. Mike Dunleavy is an unsexy punt.

PF- I may pay up for Millsap in tournaments, but Aldridge is my top play here. Faried has been money, and keep an eye on Mozgov – if he’s out, Tristan Thompson is a great play. Patrick Patterson and Jason Thompson (if he starts again) are some extreme punts.

C- I love Len obviously, but he should be crazy high owned and could be worth a fade? It will be tough for me not to play him, but if not, I like Horford a lot, or going cheaper with Jokic or maybe even Timmy Duncan.