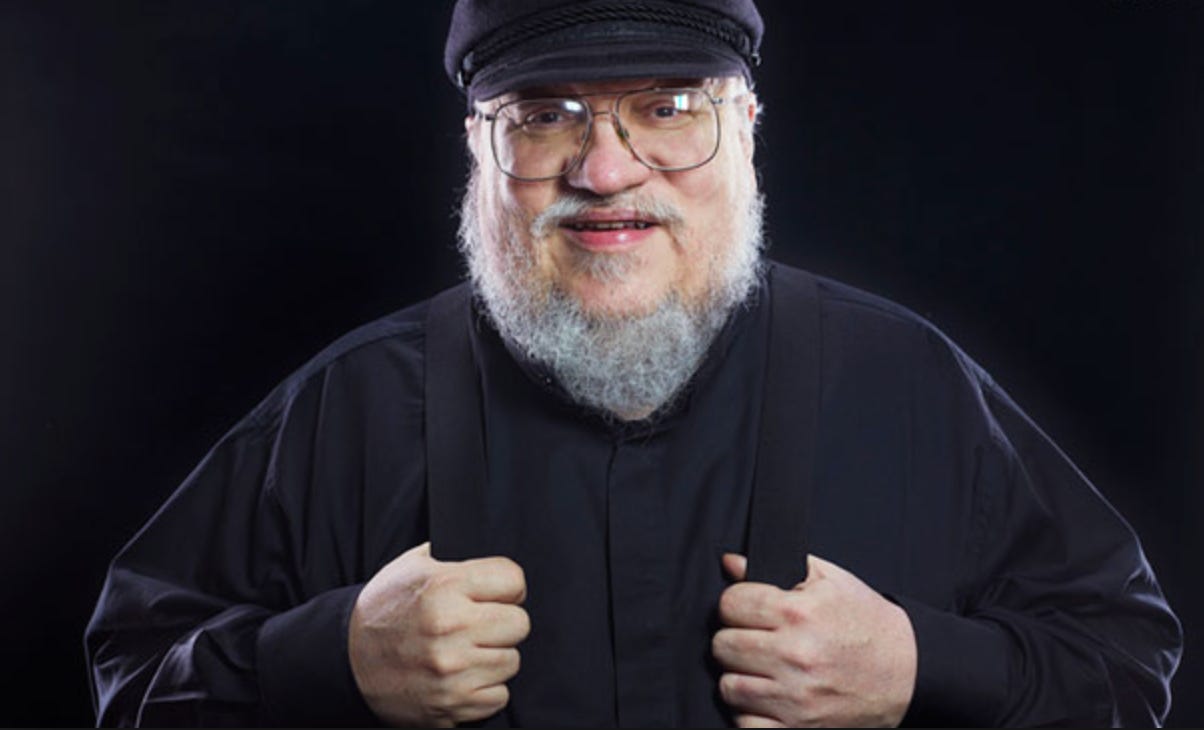 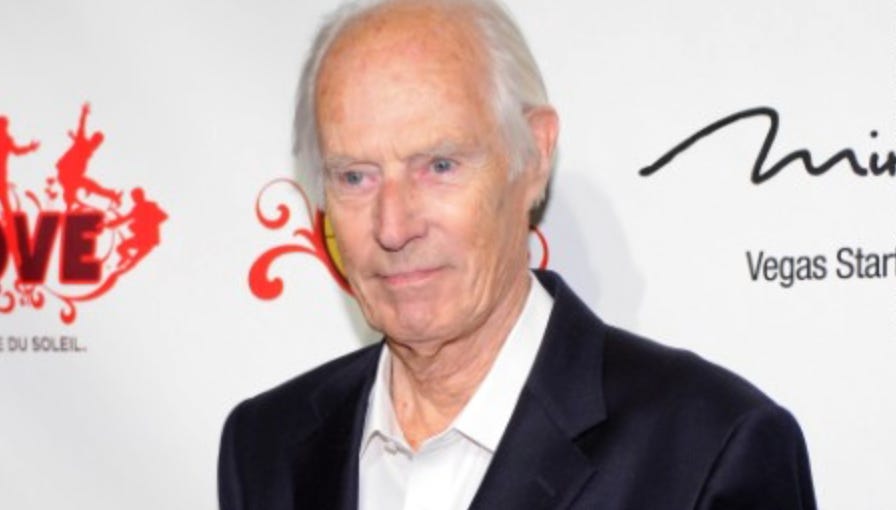 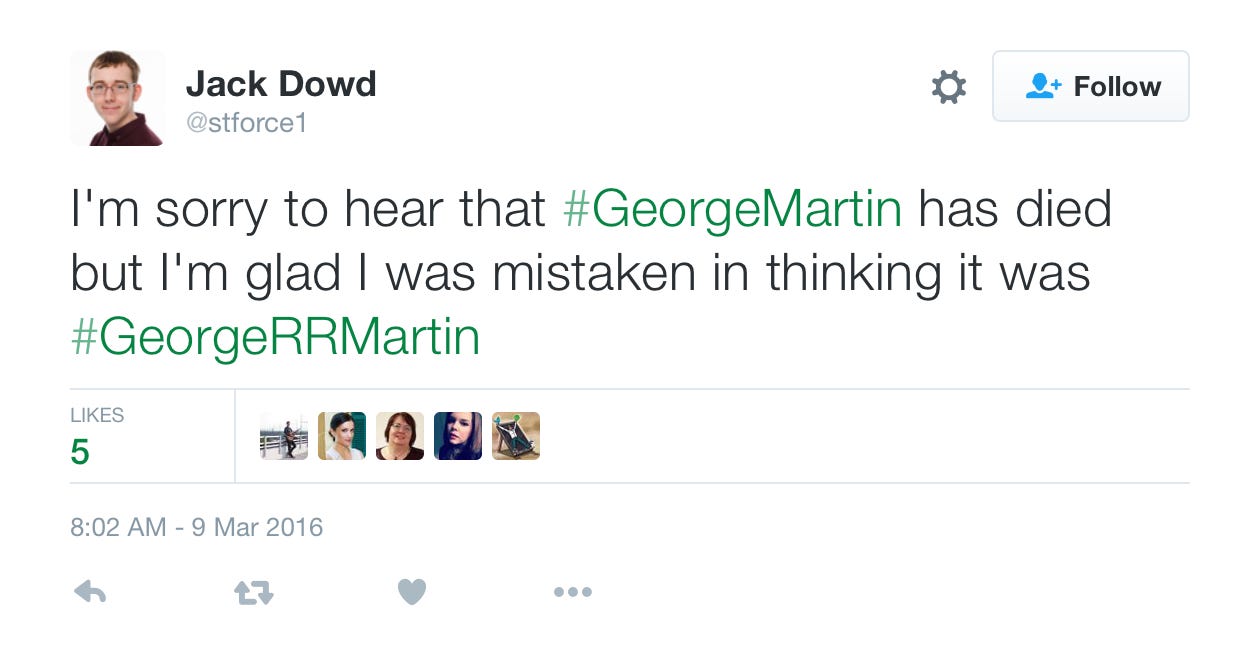 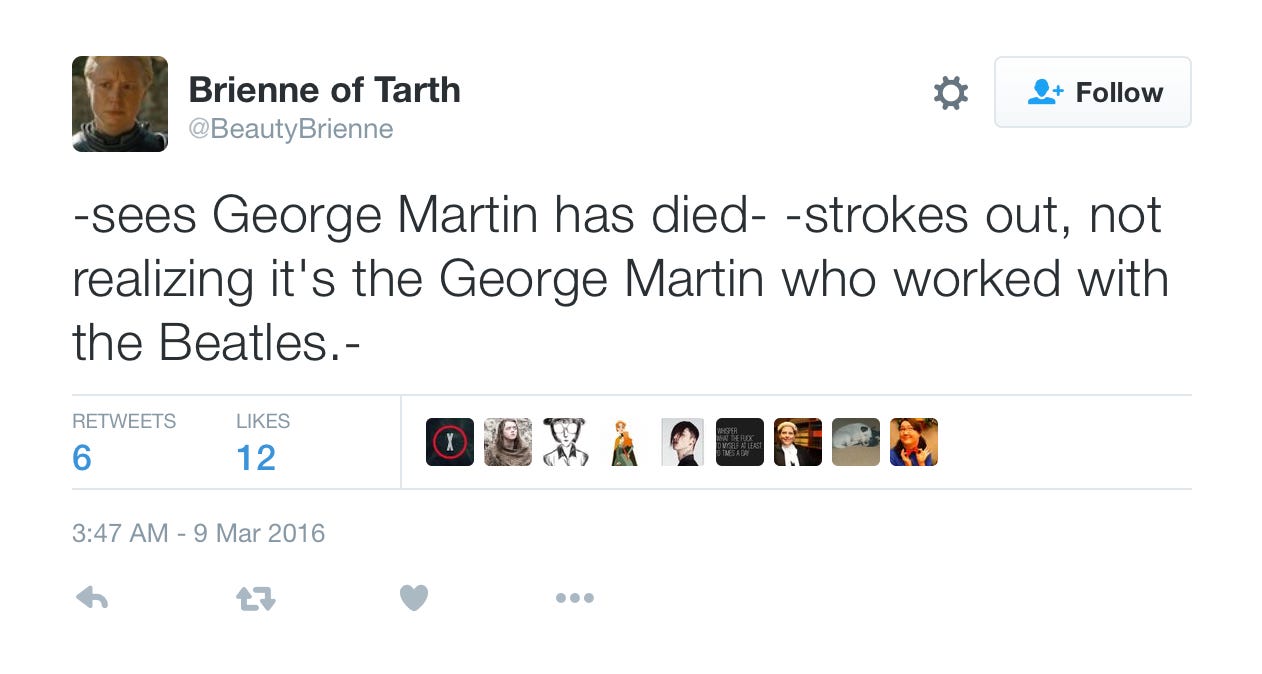 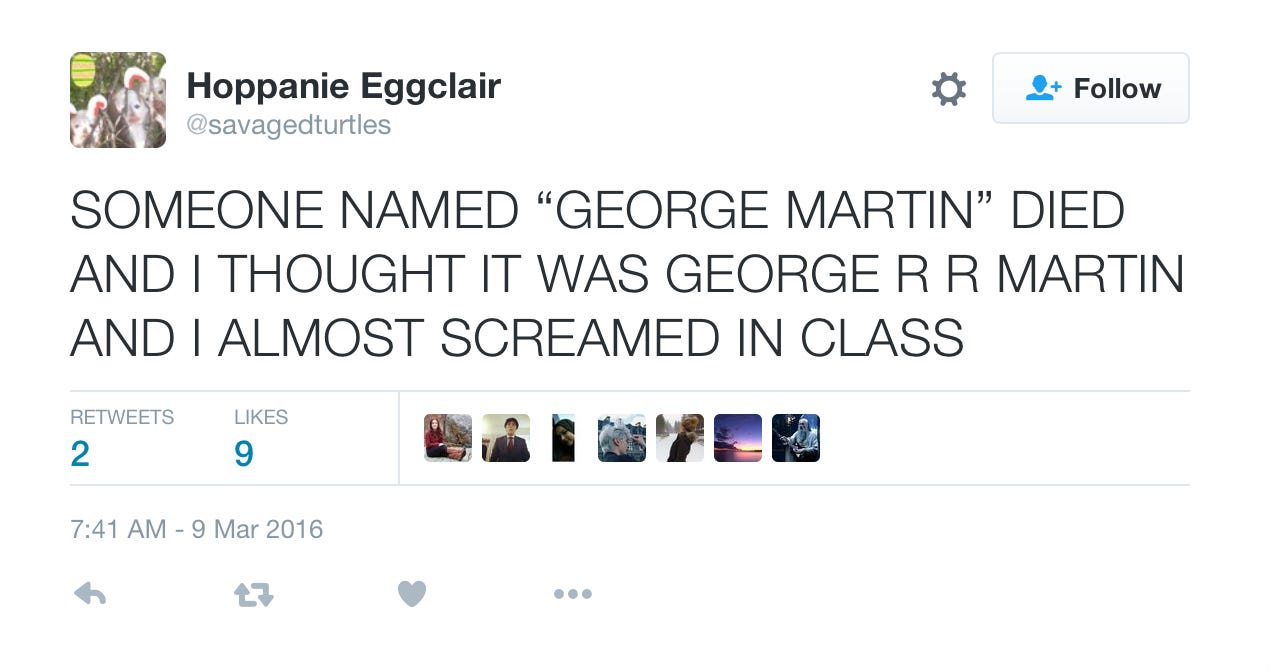 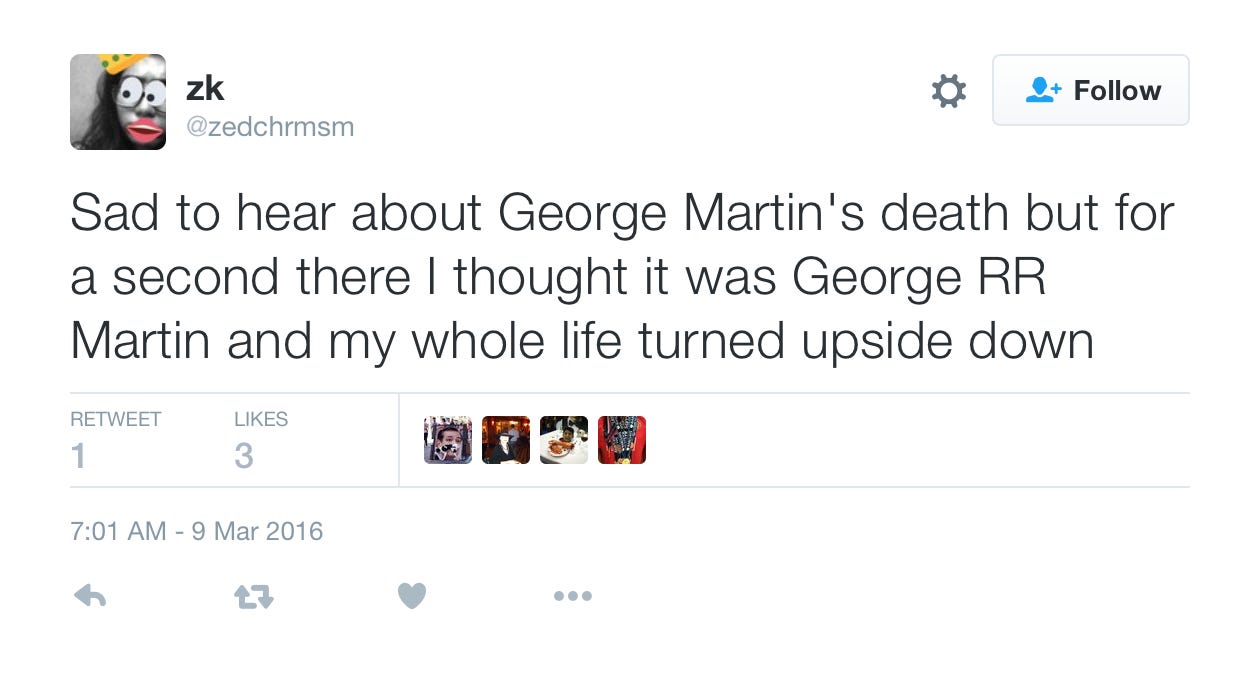 Too damn funny. People freaking the fuck out because they thought the writer of Game of Thrones died then being like, “Oh it wasn’t him? Thank GOD. Sorry for your loss though.”  The definition of “What have you done for me lately?” and you know what? I agree with every single one of those tweets. It’s weird to think that way but this Beatles guy dying as opposed to the Game of Thrones guy dying is a great great thing. The Beatles aren’t producing records anymore so George Martin can go ahead and die. His job is complete. I don’t even really know who George Martin is or was so see ya later old man. George RR Martin on the other hand?  I know who that is and that man has to stay alive.  He just has to.  The Game of Thrones (or A Song of Ice and Fire for all you nerd book readers out there) story isn’t over yet. We need resolution. We need that fat bastard breathing and writing. I need to know what happens to Jon Snow, Tyrion Lannister, Sansa Stark, Bran, Margaery Tyrell and all of the other 15,000 characters in the Game of Thrones universe. We should be doing everything in our power to keep George RR Marin alive. RIP George Martin but hallelujah George RR Martin still has a pulse. Now keep writing your books so HBO can turn them into a show that I watch.