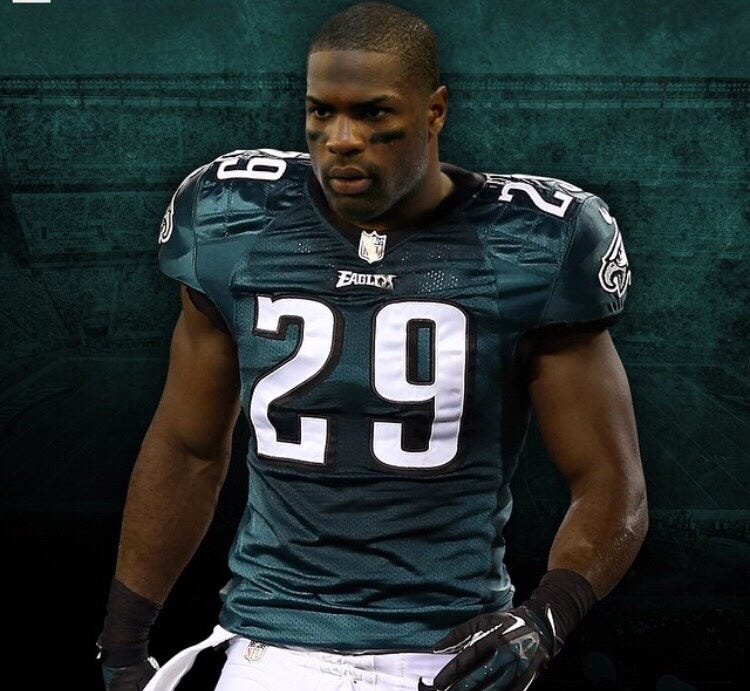 PFT - The Titans are finalizing a trade for Eagles running back DeMarco Murray, ESPN?s Adam Schefter reported Monday. Murray?s representation at Sports Trust Advisors confirmed the trade via Twitter, saying Murray will get a new contract from the Titans. The Eagles spent Monday paving the way for the organization to rid itself of ex-coach Chip Kelly?s players. A deal was also set up that will send linebacker Kiko Alonso and cornerback Byron Maxwell to the Dolphins. Trades can officially be made Wednesday, the first day of the league year.

It's a full out assault on the roster. Howie is back in full control of the saddle and he's yelling Yippie-Ki-Yay-Motherfucker at the top of his lungs. Can someone please explain to me how these moves are different than what Chip Kelly got railroaded for last year? Like all those plays that shook up the roster that the front office and some players blamed for making the Eagles an unstable environment. Please. Sit me down like I'm a 4-year-old and explain to me exactly what is different. Because I don't see much. And how exactly does this move make this a better football team? DeMarco Murray is one season and a shit system removed from being, BY FAR, the best running back in football. He could very easily be that workhorse stud of a Spray Tan in Doug Pederson's average, wallpaper offensive scheme. Now we're left with an injury prone RB who is also on the trading block and Mighty Darren Sproles, who obviously is more of a spot guy. I get RB's are more of a dime a dozen in the NFL nowadays, but come on. I'd rather waltz into the season sling dicking down low with DeMarco Murray than Kenjon Barner or some unnamed rookie taking the majority of the carries.

And people who are telling me to relax, kindly shut the fuck up. If you thought Chip's ship was sinking, well, it was. I admit that. But at least his vessel left port and was attempting to go to the promise land. Howie's ship is being torn apart will be replaced by a kayak with a fucking 26-year-old firefighter expected to row it across the Atlantic. Just watch. All the draft picks are great till you realize Howie's last go around as the one in charge he picked Marcus Smith in the first round when he easily could've got him in the 3rd. And we'll be stuck with another decade of being the best salary cap team in the league without a championship.