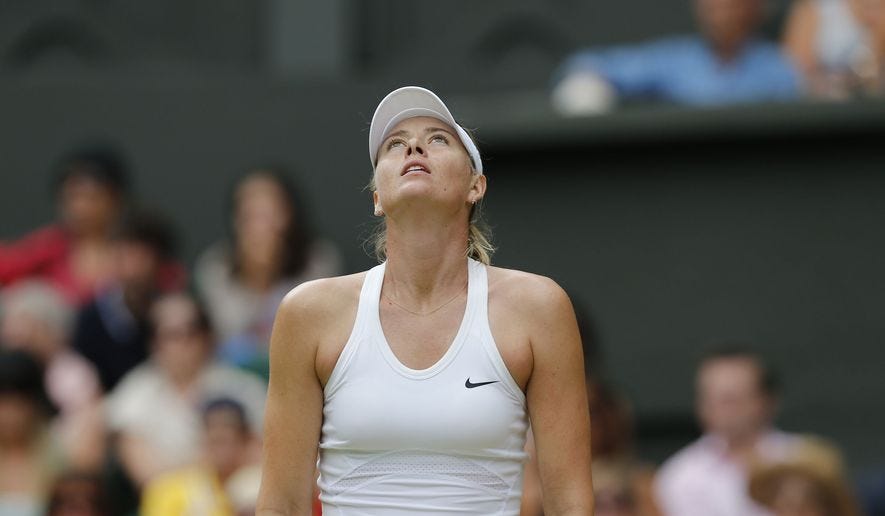 CNN- Maria Sharapova faces a possible suspension from tennis after she admitted to failing a drug test at the Australian Open.  Sharapova, in a press conference in Los Angeles on Monday, said she had been taking the drug, meldonium, ever since 2006 and didn’t realize that it became a banned substance by the World Anti-Doping Agency at the start of 2016.  Monday’s news could have a severe impact on Brand Sharapova. Sharapova has long been the world’s richest female athlete and has won five grand slam tennis titles.

Good luck getting into Cooperstown now, Maria. If I have learned anything from PED reports the last few years, you are now a devil if you tried to use a drug to help your performance. And if there is one thing I know about Meldonium, I know, ummm, not much. Lets take a quick look at Wikipedia.

Oh shit, a Latvian drug that helps you exercise better (again, according to Wikipedia, that never lies)? Probably just a capsule made up of 99% placebo and 1% Godzingis blood. But coming out ahead of the test and owning it is the smartest thing you can do. Well that or say your wife had the drugs sent to you house. But that’s just splitting hairs.

That’s why nobody busts Andy Pettitte’s balls about being a no good rotten cheater but crucify every athlete that plays dumb or say their body was hacked.  There is nothing in Sharapova’s past that would say she would make bad decisions.

Okay, I take that back.  Sasha Vujacic will forever sully Sharapova and Brand Sharpova’s resume.  But I stand by what I said.  Just continue to apologize for dating Sasha Vujacic and all will be forgiven.  Oh yeah, and I guess the PEDs too.  But definitely the Vujacic thing.

Also, it took me a while to find a PG-rated picture of Sharapova because those pigs at Sports Illustrated had flooded my Google results with smut of Maria in a bikini. So I apologize to you, Barstool reader for the delay of this blog being published.  Here are a couple of photos of Sharapova playing tennis or promoting Brand Sharapova.  Not being objectified for no good reason. 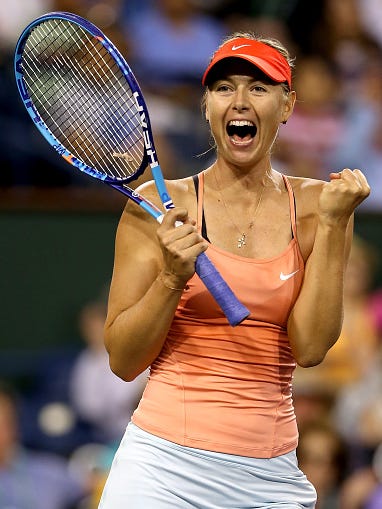 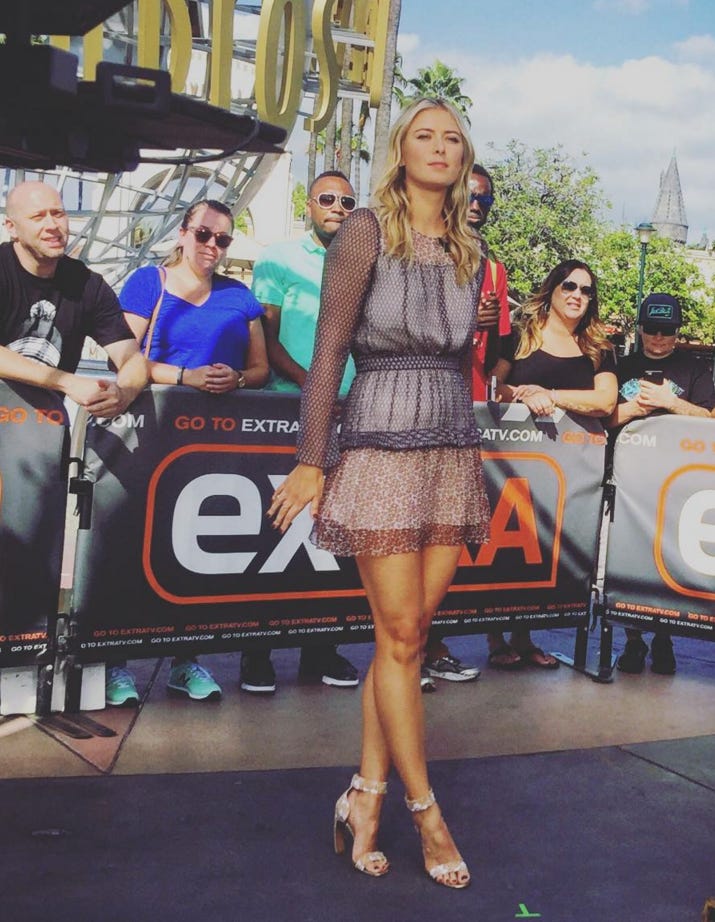