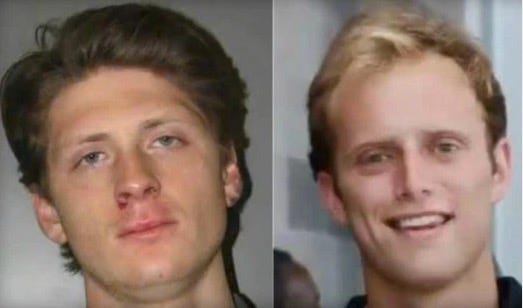 BETHESDA, Md. (CBS News) – Two American University students are headed to court following an off-campus fraternity party that could see one of them fined for more than a quarter of a million dollars, CBS affiliate WUSA reported.

The party in Bethesda ended with police issuing alcohol citations to more than 100 underage drinkers.

Tymann became agitated after an officer repeatedly asked him to leave the party. The fourth-year student is the President of Pi Kappa Alpha, an off-campus fraternity located at 5906 Walhonding Road.

The house is leased to 22-year-old Tyler Steinhardt. He now faces 110 counts of providing alcohol to minors.

Here we go again. Another offensive launched against college kids trying to have fun which is all of a sudden illegal in America. Another school sending out the SWAT team to make sure no fraternity at any location in the country is allowed to party. I mean arrested and facing a QUARTER OF A MILLION DOLLAR fine? For what?? Partying? Enjoying life?

Twenty-one-year-old Jamieson Tymann faces a March 10 court date after he allegedly punched a Montgomery County Police Officer in the chest and in the eye.

Ok well that’s a bad start. Punching the cop that comes to check on the party in the face is a bad start. No question about that, I will walk back my hard stance a little bit after that. Jamieson Tymann, he can be fined a little bit.

When officers pulled up in front of the house, they saw two young men carrying an intoxicated 18-year-old woman to an Uber car. She was taken to the hospital to be treated for alcohol poisoning.

Sources told WUSA the inside of the house was trashed during the party, with beer seeping through the ceiling into the basement.

Police discovered 200 partygoers just on the first floor. Another 50 to 75 people were huddled in the garage.

Underage drinkers hid in closets, under beds and anywhere they could find when officers moved in, police said.

The house was so packed, investigators estimated the air temperature to be 100 degrees.

Alcohol was so abundant, a preliminary breath test registered .09, just in the ambient air. That’s above the legal level of intoxication for a Maryland driver.

Holy shit! Talk about a fucking rager! A 300 person party with so much booze that the air…the literal air, like the standing air around your face that you breathe…came in above the legal BAC limit. Like you could technically stand there next to the DJ and do deep breathing exercises to get fucked up I think? That’s crazy. Beer seeping through the ceiling and flooding the basement. It was basically a party bordering on a natural disaster.

Bravo Pike. Now that’s a party to remember. Worth every penny of that $250K plus legal fees plus possible jail time plus lifelong police harassment for punching one of their guys in the eyeball. Legends.