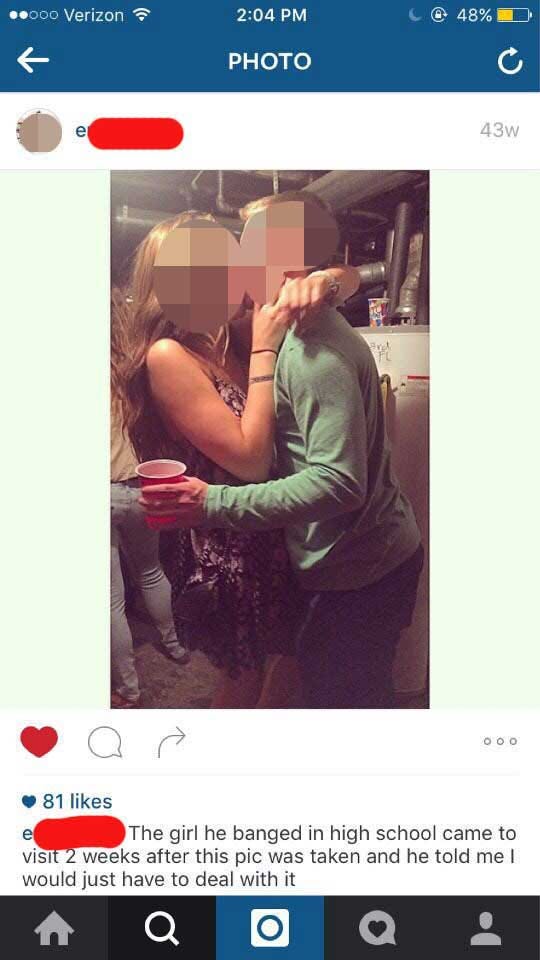 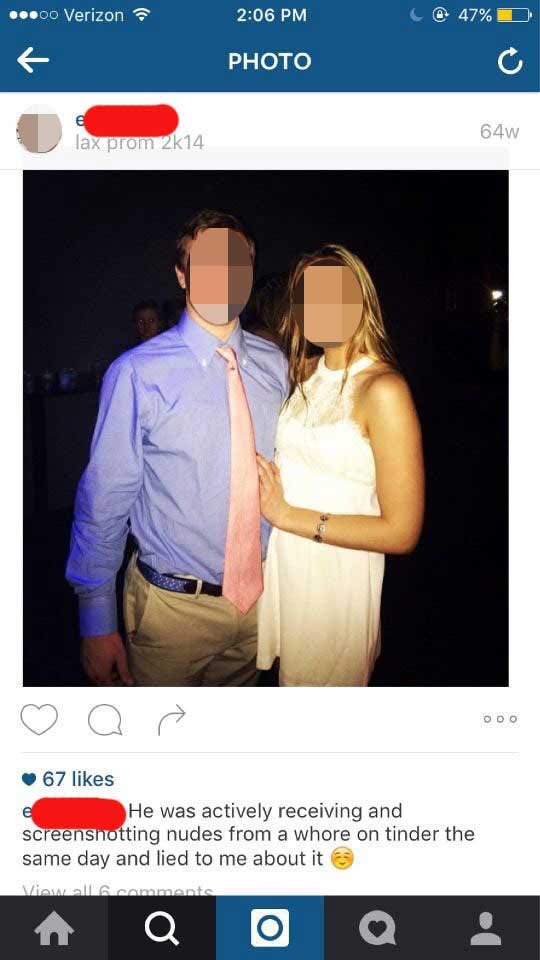 Reader DM (so 2016 of us) – My buddy broke up with his girlfriend recently and today one of my friends discovered she changed all the captions of her instagrams with him to just shit on him.

So I’ve been all over that viral breakup beat lately because I find how people cope with the situations interesting, especially in 2016 when there are so many ways to broadcast it in dramatic ways. Normally it’s more of a love-to-hate situation when people do these big dramatic “Record everything and try to make your ex look bad” videos because they’re so try-hard and desperate for some “GOTCHA!” moment. But this move…this move I genuinely love. Each caption cracked me up more than the last with how awkwardly bitchy they are: 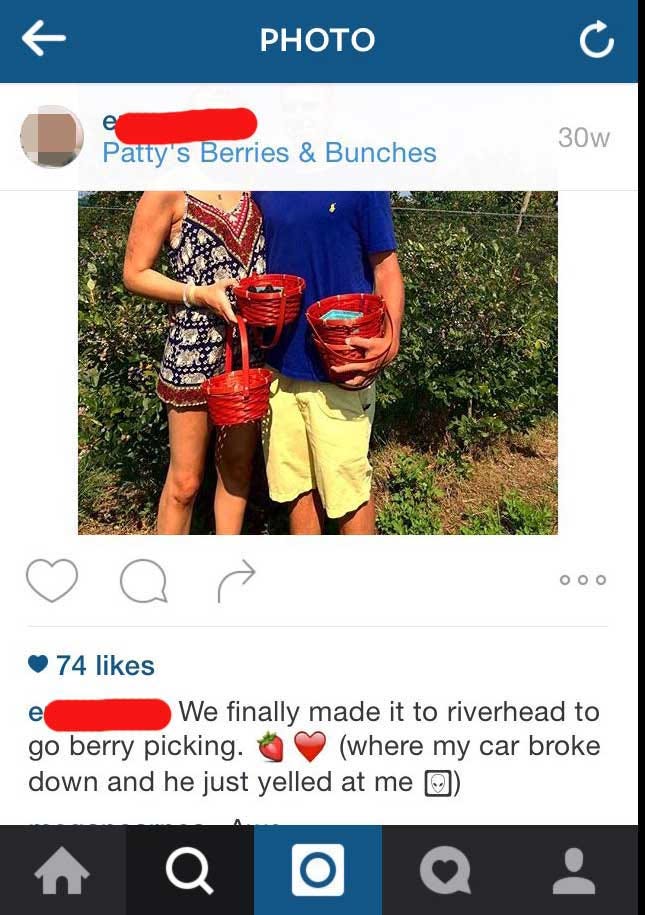 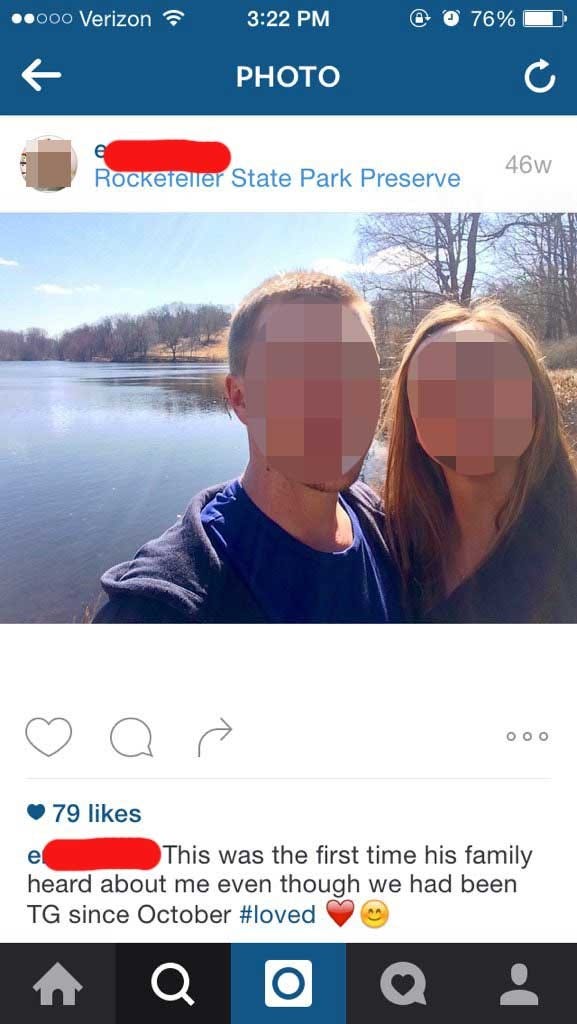 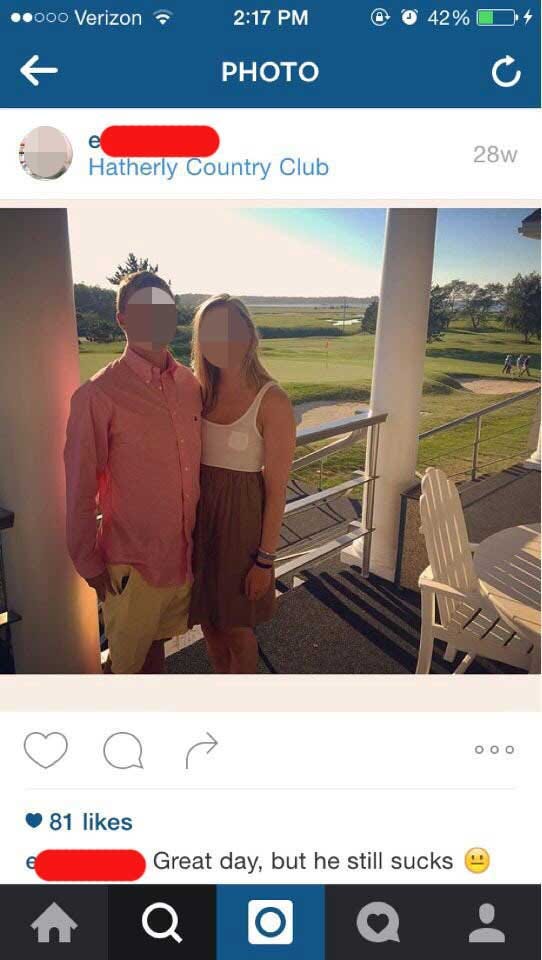 It’s impossible not to laugh at some of these. Even the ex probably had to chuckle as he sent them to his buddies. And honestly I find it a much healthier move than when a girl purges all her photos of you and defriends and does that whole thing. Even if something happened and your relationship fell apart, the person was still a part of your life. You may have a different perspective on things but to act like they don’t exist is to act like a part of your own past doesn’t exist. It’d probably be weird if you’re the new guy dating her and saw these but whatever, small price to pay. As far as breakup coping mechanisms go I’m all in favor of ones that not only get whatever pointless anger out of your system but also make for entertaining car crash Internet content for everyone else to rubberneck on.

Anyway here’s hoping these two crazy kids find something that works better for them. Or that they get back together. It really didn’t seem that awful besides the Tinder nudes and occasional hanging out with exes. Oh well, either way, at least they’ll always have the country club.