This was Ichiro Suzuki’s eighth game in the majors, but it was his first real introduction to baseball fans in America. Everybody knew who Ichiro was after this throw. Not only was the throw right on the money, but there was little to no loft on that toss whatsoever. Just a 300-foot four-seam fastball. It was like the ball was on a zip-line from Ichiro’s hand directly to the third baseman’s glove. Ichiro was already 12-for-33 coming into this game to start his MLB career, so fans probably had an idea that he was for real. But this was the first of many eye-opening moments throughout his major league career for fans to marvel at. If you look where the runner was when Ichiro first touches the ball, it probably wasn’t wise to try to take third regardless of who was out there. But look how many steps the throw beats the runner there by. The third baseman could’ve filed his taxes before he put the tag down. 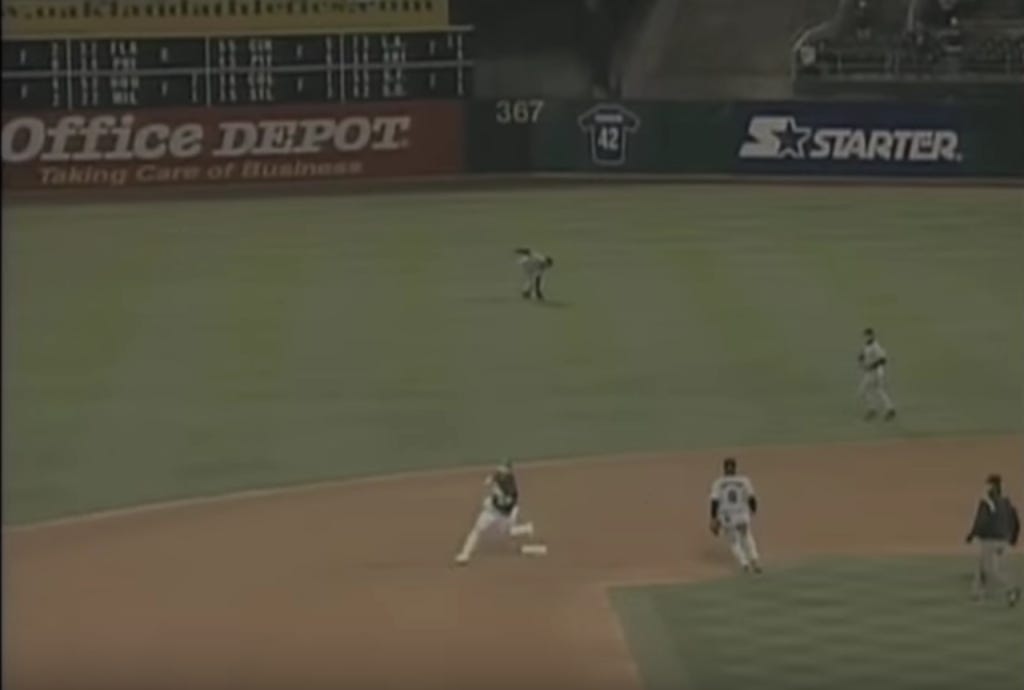 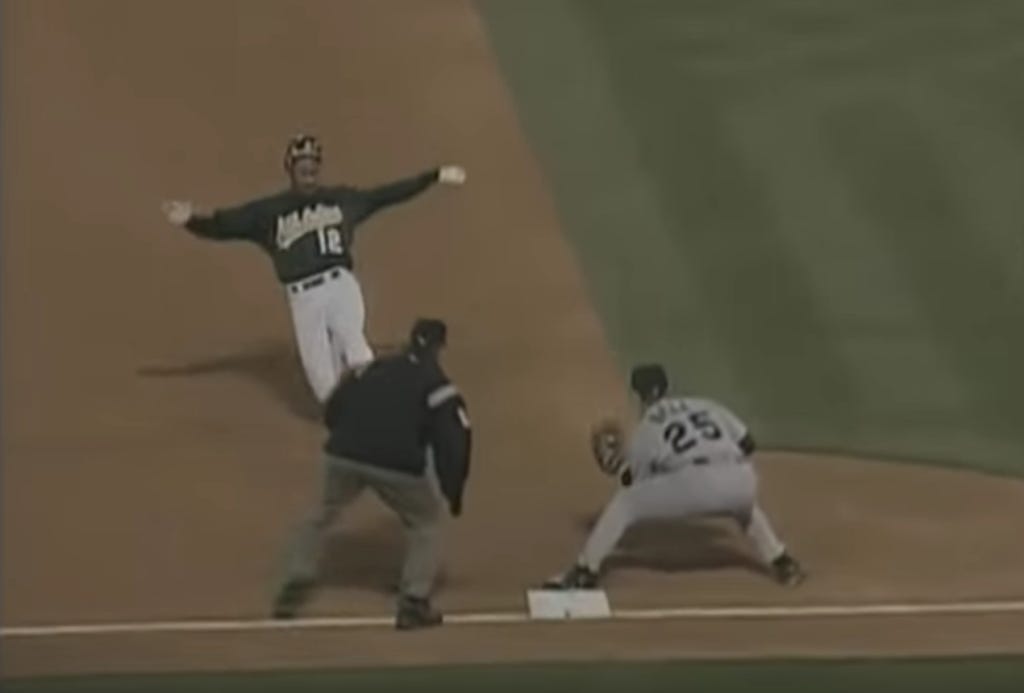