It’s over! Hey Undertaker, no chance, that’s what you’ve got! Taker’s gotta be shaking in his size 20 boots right about now. 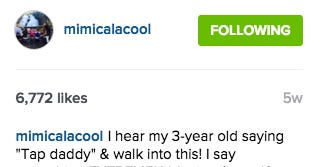 Just two middle aged dads who enjoy eating the early bird dinner at the Olive Garden about to absolutely destroy each other in a month inside Hell in a Cell. Probably moreso Undertaker destroying Shane, but still.

PS: The fact Shane is wrestling around with his kids kinda makes me think he won’t go balls to the wall and jump off the Cowboys Stadium roof, but then I remember he’s a McMahon so he probably will. Plus, how about his one kid flying in off the top rope? Apple doesn’t fall far from the tree.

PS: Shane set the Guiness Book of World Records for naming his 3 kids as white as possible. Rogan, Kenyon, and Declan. They came out of the womb in sweater vests.