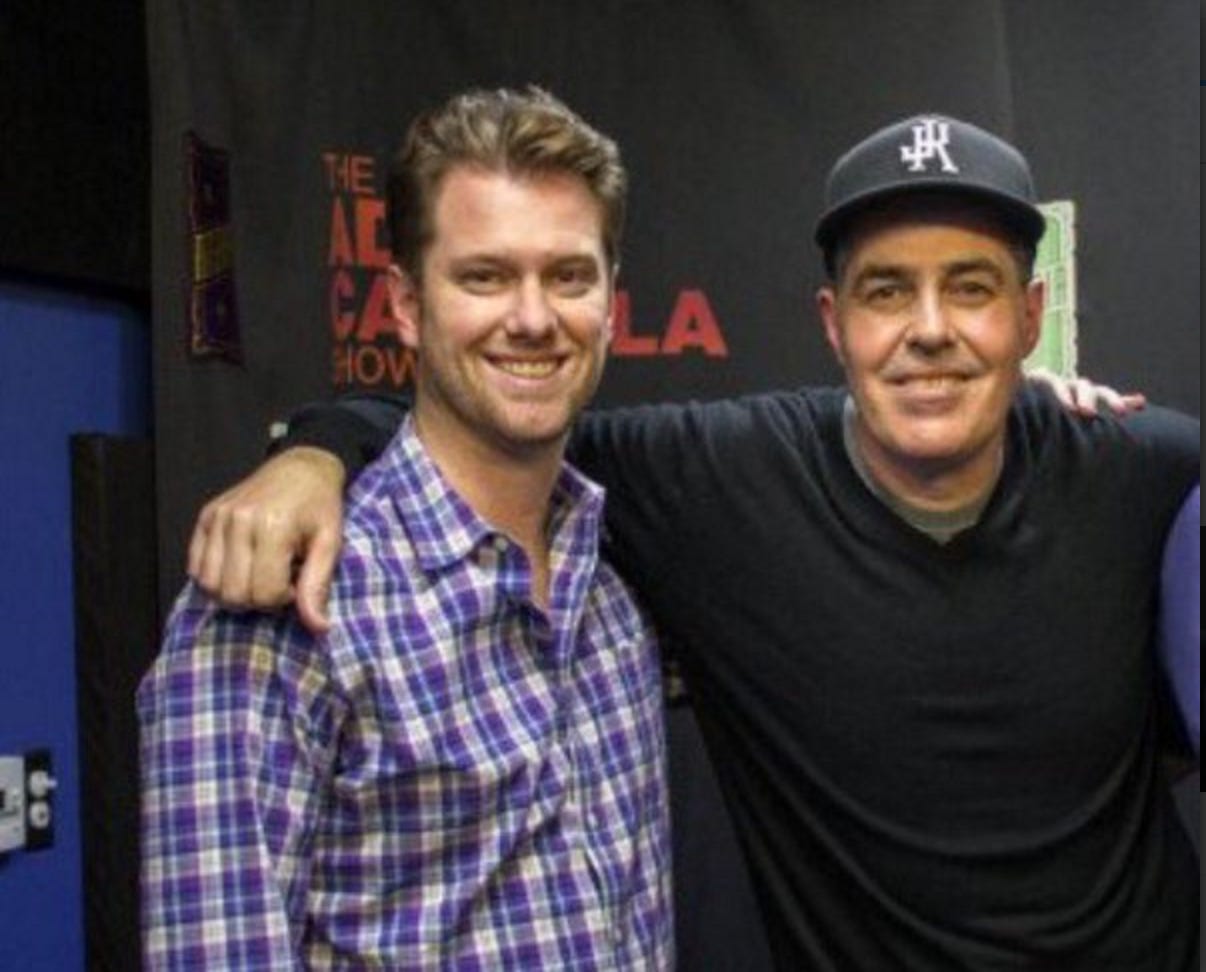 Got a chance to join Ace in studio out in Glendale while we were out in LA. Pretty awesome moment for your boy after grinding away in the podcast game for a while to sit down with a dude of Carolla’s magnitude. I’ll be perfectly honest I envisioned the show going completely different. I had all sort of hypotheticals from KFC Radio lined up that I wanted to toss his way, I wanted to talk about the Man Show since we’re more or less out in Los Angeles pitching that same idea once again, the Pussification of America movement, and about a million other things where the Carolla Pirate Ship perfectly aligns with the Barstool Pirate Ship.

But if you’ve ever listened to Adam, you know you dont really get to decide how his show goes. I was happy to just jump in here and there where I could while Adam rattled off how many cylinders were in the Alfa he was racing that day. I wanted to bring up Fiat life but I thought it was probably better to keep my mouth shut so I didnt get kicked out of the studio. We talk about how weird Japanese people are, the most popular searches on Porn Hub, the millennials who are “privileged buttholes” and more. My appearance starts at 1:08:30.