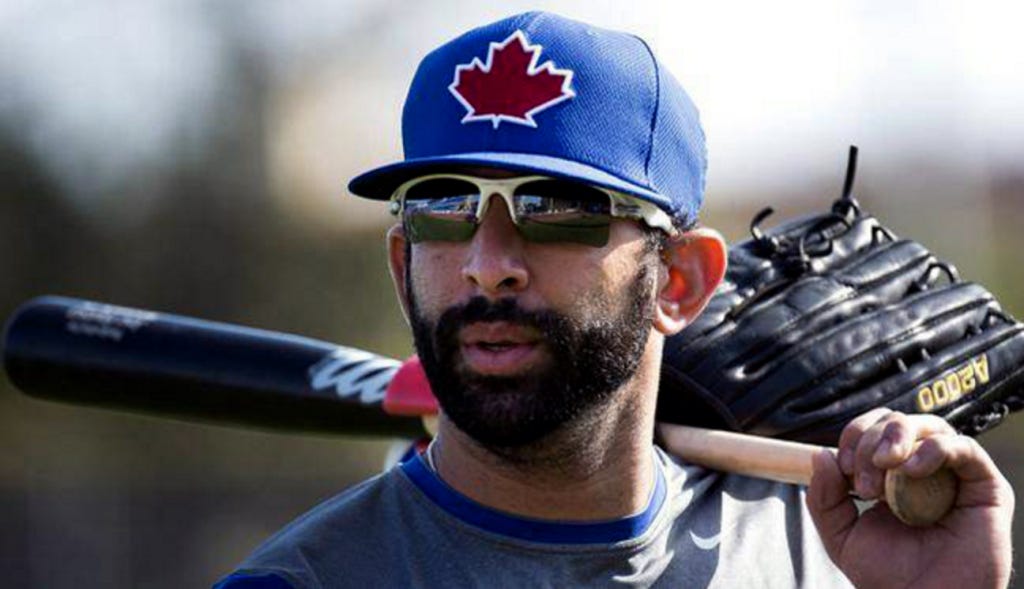 We’ve been all over this Jose Bautista story up there in Toronto. First, Bautista showed up to camp and said “hometown discounts don’t exist” in his world. And who could blame him? His whole tenure in a Blue Jays uniform has been a hometown discount. It’s time to pay up. But how much? Later that day, we found out how much, or so we thought.

A report surfaced that revealed Bautista’s contract demands as being $150 million over five years. Certainly that figure is far too high for a player who wouldn’t even start year-one of that contract until his age-36 season. Blue Jays fans had about ten minutes of relief after hearing what Bautista was looking for was “false”, according to him. It was false…because he reportedly wanted more than that.

Bautista hasn’t publicly said what it is that he’s asking for. Not even a ballpark number, because he doesn’t want to negotiate with the Blue Jays through the media. That’s fair. But saying that you don’t want to negotiate through the media doesn’t exclude you from throwing jabs through the media. As if his reported contract demands weren’t enough to determine that the end is near for Joey Bats and the Blue Jays, his recent sentiments that Toronto leaked his contract demands to make themselves look good when he walks will probably do the trick.

One day Jose Bautista is sparring with the media about reports of his contract demands, which he believes to have been leaked by the Rogers ownership to make a 35 year old man that was claimed to have wanted five years and $150M and colored as greedy.

See, this makes no sense that Bautista would be upset about Blue Jays owners leaking this figure to make him look greedy. Why? Because later on in Peter Gammons’ story about this, he says, “And, oh, by the way, he wants six years, not five.” What?! So Bautista is pissed because he thinks the Blue Jays told the media he’s looking for five years, $150 million and that makes him look greedy, when in reality, he actually wants more than that? That’s a head-scratcher.

A six-year deal would have Bautista under team control through his age-41 season. And I don’t care how in shape you are at 35 — you don’t know what you’re going to be at 37 or 38, never mind 41. Everybody’s different, and some guys age better than others, while some players seemingly fall off a cliff from one year to the next without any indication of decline. Bautista is said to be one of the best conditioned players in the game, even at his age, but no team, including the Blue Jays, will be crazy enough to give him six years, especially if the dollar figure is in the range of what his “leaked” contract demands were — an average annual value of $30 million. No way.