Live look at me right now: 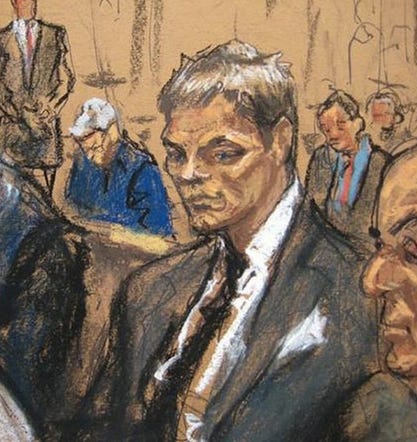 If Brady loses this appeal I may have no choice but to put a shotgun in my own mouth. I said last week that I didn’t trust this new judge, and I was right (note: I was not right. It appears that Katzmann is the only judge who is favoring Brady. But if you ignore that huge part, I was totally right).

To be frank, I’m a beaten man. I feel like Deflategate and I have been in a loveless marriage for over a year, and I’m just at the end of the road. I can’t shake you, we’re just stuck together. You’ve taken my heart, my money, my freedom at times, and my soul. I want you to leave me alone but you refuse. You continue to insist that things have to be done your way.

Who cares what the facts say? Brady denied any knowledge under oath, but the new judges deem that not credible. Consequently, they deem the NFL’s evidence, the evidence deconstructed by every scientist on the planet, extremely credible. They call it “compelling, if not overwhelming.” I truly don’t understand how that’s possible unless you outright refused to fact check it. But, this is where we are. The judges are very pro-NFL. They find Brady’s new cellphone “damning,” despite the fact that Ted Wells himself didn’t think that. It’s all insane. I thought this whole thing was supposed to solely be about if Goodell overstepped his bound as judge, jury, executioner, yet the judges appear to have focused on the initial evidence, the evidence that has been proven false or farcical a million different times. They continued to perpetuate the lies that Goodell told, lies that were proven, as if they were only allowed to read the Wells Report in preparation for this. As if it was their script.

So I really don’t know what to say, do, or think anymore. I guess get ready for Garroppolo?

But maybe we’ll get lucky and have to start the whole process over!

20 million dollars and counting for the NFL’s legal fees. Not enough cash laying around for those endzone cameras though.