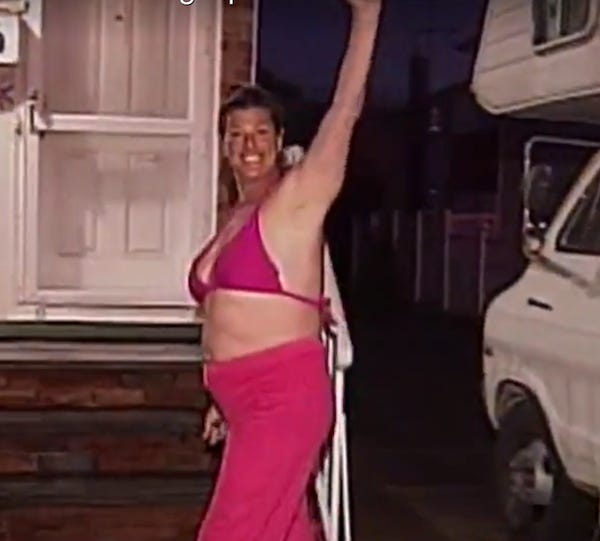 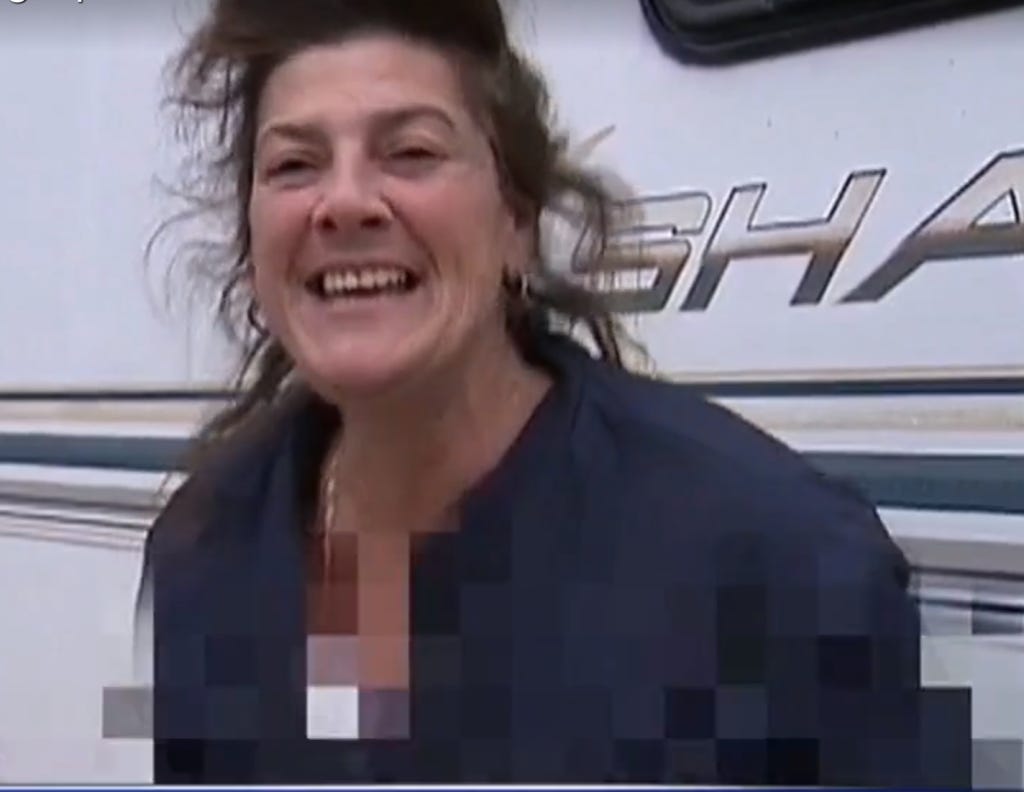 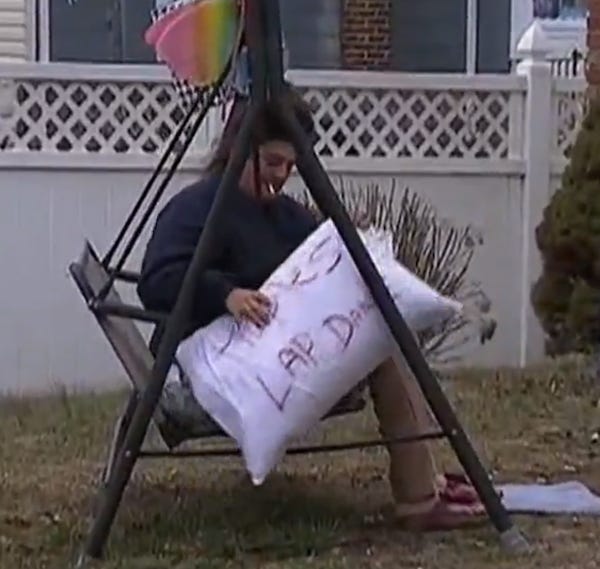 Fox 5- A woman once dubbed the ‘hot dog hooker’ is back at it again… she now has a sign in her front yard offering topless lap dances on her swing.  Catherine Scalia was busted in 2012 on misdemeanor prostitution charges after propositioning an undercover police officer inside her hot dog truck.  Scalia has publicly expressed that she is proud to flash her breasts.

“This is what I love to do, sell hot dogs and show off what I got a little bit. If you got it, flaunt it, that’s what I say,” Scalia said after the 2012 bust.  Now, she’s offering lap dances… for free… but she’ll accept donations.  “I got another 20 years to go before I drop dead. I want you to send all the guys to 12 Maxwell St. in East Rockaway for lunch and a lap dance from the queen,” said Scalia.  Scalia says what she is doing is legal but police say that she’s violating a village zoning ordinance and if her sign does not come down a summons will be issued under the adult entertainment-cabaret law.

Heroes get remembered…but Legends never stop selling hot dogs and pussy. The Long Island Hot Dog Hooker is a first ballot, HOF Barstool Character from back in 2012 and I, for one, am glad to see shes still at it. Maybe downgraded her game a little bit, giving out lap dances instead of straight up fucking dudes in the back of her hot dog truck. But still out here shaking those tits and slangin those dogs like an OG Hot Dog Hooker does. Good for Catherine Scalia. She’s doing what makes her happy.

As for the rest of the show: teacher fired after student finds nudes on her phone, dude waterboards his girlfriend to find out if shes cheating, guy shoots himself in the face taking selfies, Science Says happiness can kill you, and two siblings born both on Leap Day. Plug in juice up.