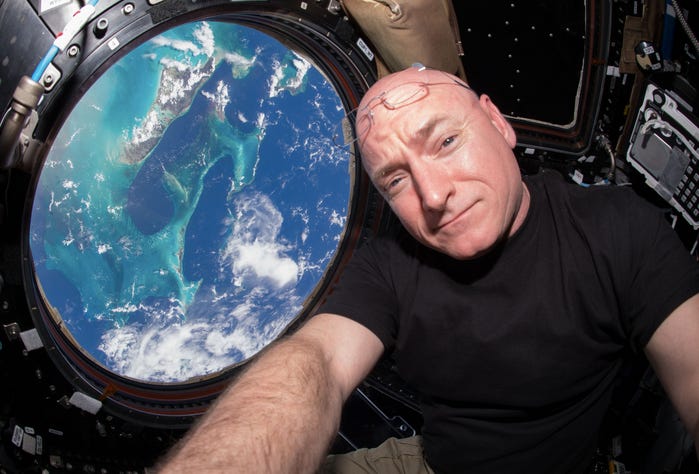 That’s astronaut Scott Kelly. Scott just got back from a year in space (grew two inches while he was up there, nbd). Anyway all that shit is boring, who really cares about space, right? It’s big and it’s got stars, I get it. What really fascinated me about this whole thing is that upon landing, Scott reunited with his loved ones and that’s when we were introduced to his girlfriend, Amiko Kauderer… 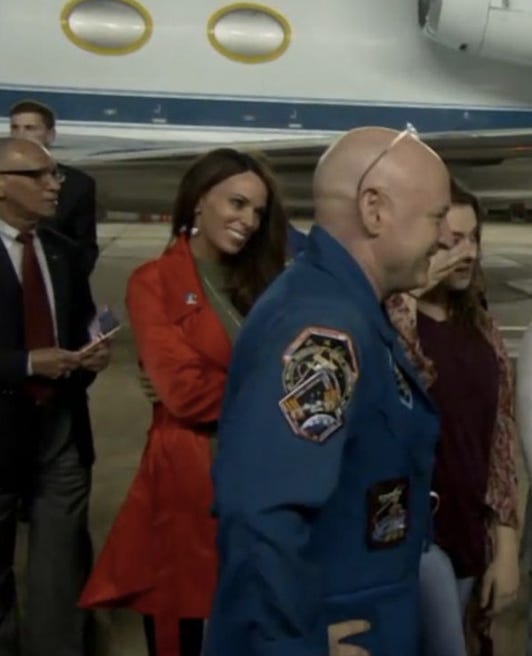 Laaaaaadyyyyyy in redddddd. Where the hell did this chick come from? How did Scott, a man who looks like a peeled potato, covered in milk, being prepared to be mashed land her? The guy is certainly no astronaut Mike Dexter. Is there some aspect of being extraordinarily smart, at the top of your field, and covered in the national media that women find attractive? I’m sure Scott Kelly has some incredible accomplishments (in case you’ve forgotten by now, he just got back from space) but this is hands down the most impressive one. This Amiko gal is gorgeous. 10 billion lightyears more attractive than Scott.

It must be impossible to be an astronaut and not be braggy. If I went to space I’d bring it up literally every single second. Did I catch the Oscars? No, sorry, I was in space. How do you get to the highway from here? Ok you’re gonna want to get into a space shuttle, then exit the earth’s atmosphere at about 17,000 miles per hour — wait, no, those are directions to space. I’ve been there. But it’s gotta be harder to not brag about this gal. Seriously NASA should look into this relationship, name that sounds like a spy, dating a dude way beneath her, working social media at NASA… this is all classic spy stuff. I’m not saying this relationship is impossible, not at all. But it’s equally likely that she’s working for the USSR and plans to return it to glory.

PS – Bet he had so many sweet nudes saved on that computer up there.