Yesterday the preliminary rosters for the World Cup of Hockey were announced and there were Caps everywhere. Ovi, Orlov, and Kuz playing for Russia, Holtby playing for Canada, and Nick Backstrom for Sweden, with MoJo probably to be added later. But the most important additions to any team were TJ Oshie and John Carlson on team USA. The man who brought down Russia 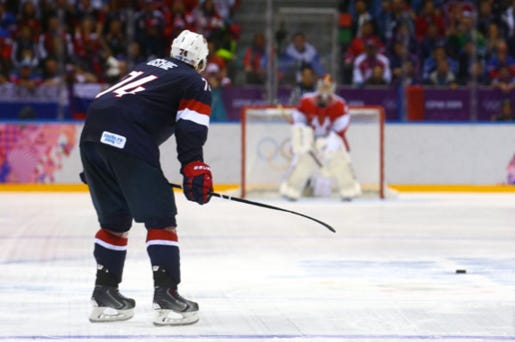 and the man who brought down Canada

Two giants on the international stage, joining forces to kick the shit out of the world. Now, sure you can be like “but Nate, they played together on the 2014 Olympic team bruh”. Yeah, ok, decent point. But counterpoint- that was so long ago. If you even remember that, congrats. I live in the now and my now brain says team USA will not lose the World Cup of Hockey. And besides, that was before they played together in DC, so you have to multiply their powers by 10 because they live in the most powerful city in the world.

So the only question that remains, is whatcha gonna do, rest of the world, when TJ Oshie and John Carlson run wild on you?