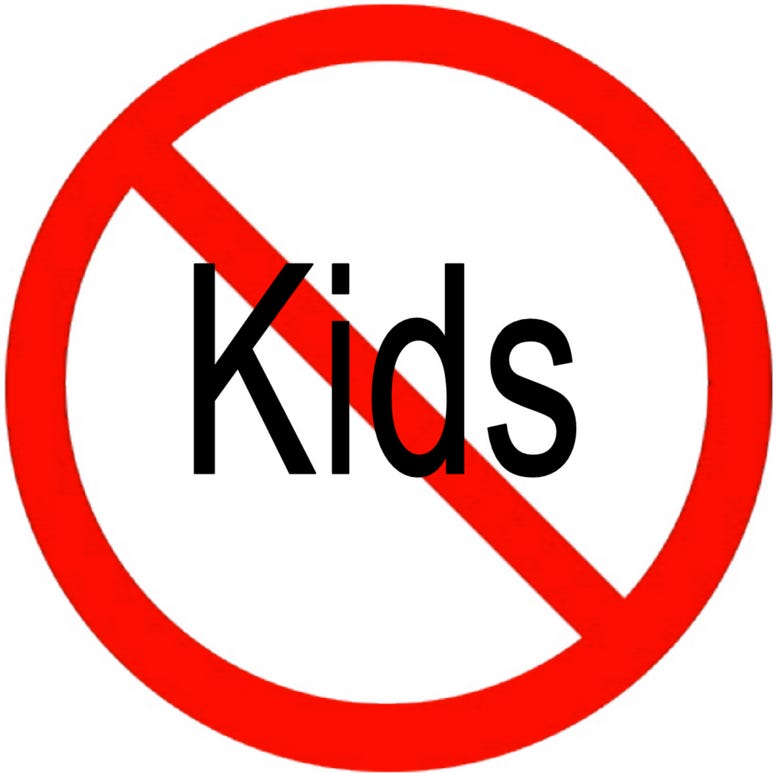 BBC - Some branches of McDonald’s and KFC are banning under-18s from eating inside because of anti-social behaviour. It’s after a fight broke out between 20 teenagers near the Meir Park area of Stoke-on-Trent a few weeks ago. Eight people were arrested after police sent armed officers and a helicopter to reports of a fight and gunshots. They’ve now been bailed. Now it means under-18s will only be able to dine with an adult. Otherwise they’ll have to take their food away. McDonald’s says the ban is to protect other customers and it’ll stay in place for the “time being”. Scott is 26 and thinks McDonald’s and KFC are “the youth clubs” of 2016. “People finish school, they go into the centre of town and go into McDonald’s because it’s cheap food. “They’ve got nowhere else to go.”Police say groups of teenagers buy one drink between them just so they can use the free wi-fi and would then “become a nuisance”.

Ye fucking s. I’m all in on this idea, and I don’t know how it hasn’t happened yet. The above story comes from England, where chavs walk around after school smoking cigarettes and being as annoying as possible until they pop into their local fast food place 30 at a time and completely wreck the joint. They also cover their fries with mayonnaise, which is repulsive. So now McDonald’s is banning these kids from coming in and I could not be more behind the idea in general. Have designated restaurants that only serve 18+ and counter the lost business by selling alcohol or giving them some sort of money-incentive for not serving people under 18. But I don’t think business would drop too much, if at all, because I know I’d be more likely to go to restaurants where I know as a fact there won’t be kids running around recklessly.

And to that point, I’m shocked this idea hasn’t already been implemented, particularly at movie theaters and airplanes. Would I pay more for a flight if I was guaranteed there won’t be a baby crying or a 3 year old throwing a fit? Absolutely. Comfort on an airplane might be the most important thing in the world, and the biggest crapshoot. You think you picked out a great seat to sleep the entire 5 hour flight and BAM, crying baby right behind you with the mom giving you the “shrug” look when you death-stare every 10 minutes. Same with movie theaters. If you’re already paying 15 dollars a ticket and 8 dollars for a popcorn, who wouldn’t pay another measly dollar or 2 to have the guarantee a baby won’t start bawling right in the middle of it? What’s a 17 dollar ticket when you’ve already decided to pay 15 to see 5 Fast 5 Furious? Let’s just ban kids from as many places as possible and make America great for the rest of us.