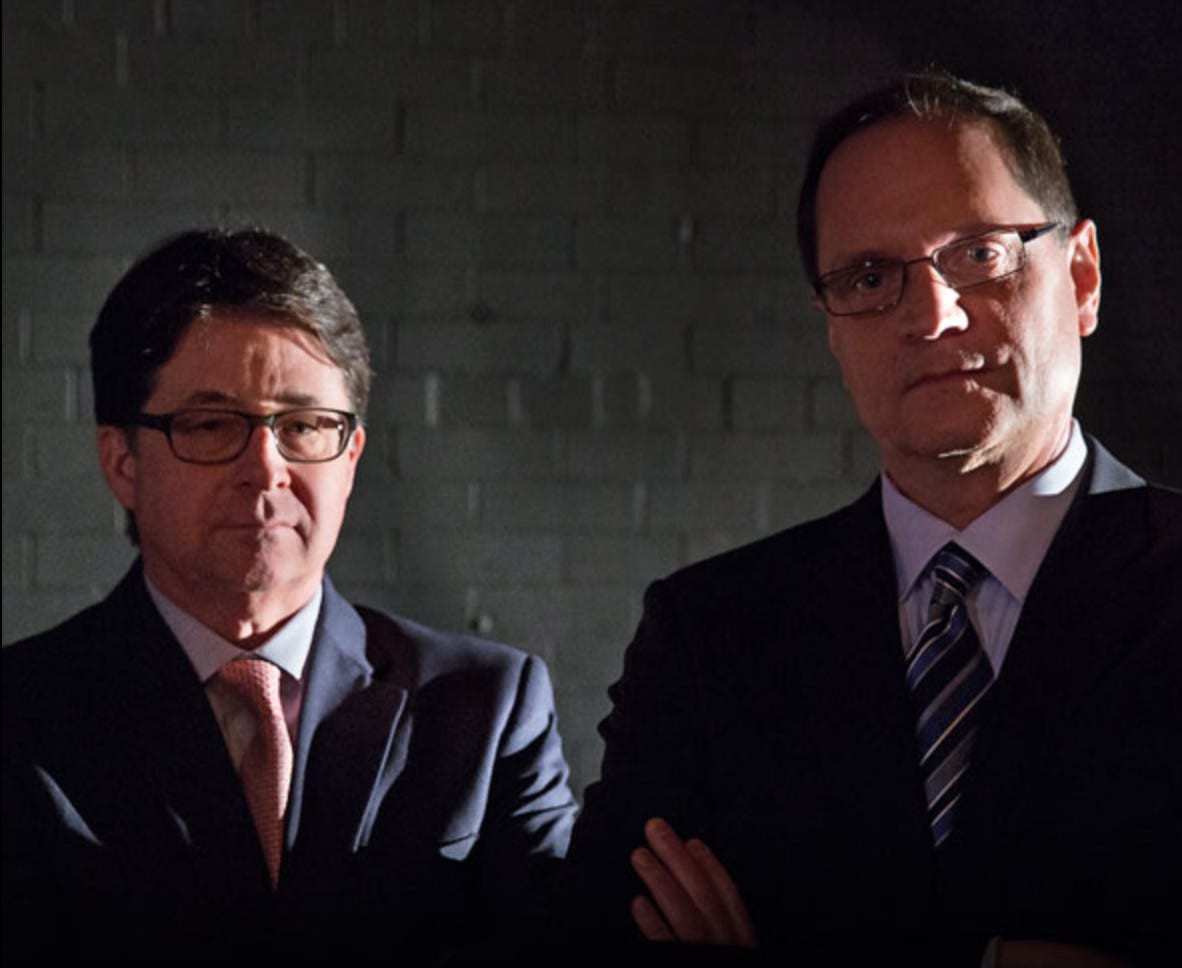 I need you to know that the title of this blog is 1000% serious. Jerome Buting and Dean Strang are goddamn rock stars and rightfully so. Nobody made out better after Making A Murderer blew up than those two.  Nobody.  If Steven Avery gets out of jail because of MAM then I guess you can say he got the best part of the deal but it’d still be close. Buting and Strang are the most beloved dudes in America. Women want them and men want to be them.  There’s just something about watching people who are totally and completely in love with their job and also really good at their job. Hard work is the world’s strongest aphrodisiac. Go to any MAM reddit thread and there will be topics like, “Is it weird that I think Avery’s lawyers are smoking hot?” as far as the eye can see. So what do you do when the iron’s hot? You strike! You head out on a massive North American tour and give the people what they want. Rock star shit. What are the gonna talk about? Hell if I know. Lawyer stuff I assume. Melting faces with lawyer jargon and sleeping with law school groupies. That’s what this tour is gonna be about.

You know what really sold me on Dean Strang as a lawyer? It wasn’t that he was extremely thorough in his work and put together one hell of a defense. It was that throughout the entire documentary he would talk about liberty. Liberty this and liberty that. People need their liberty. He kept saying it.  I don’t even totally know what liberty means but that’s exactly what I want in a lawyer. If you can wax poetic about liberty, you can be my lawyer. Done and done.