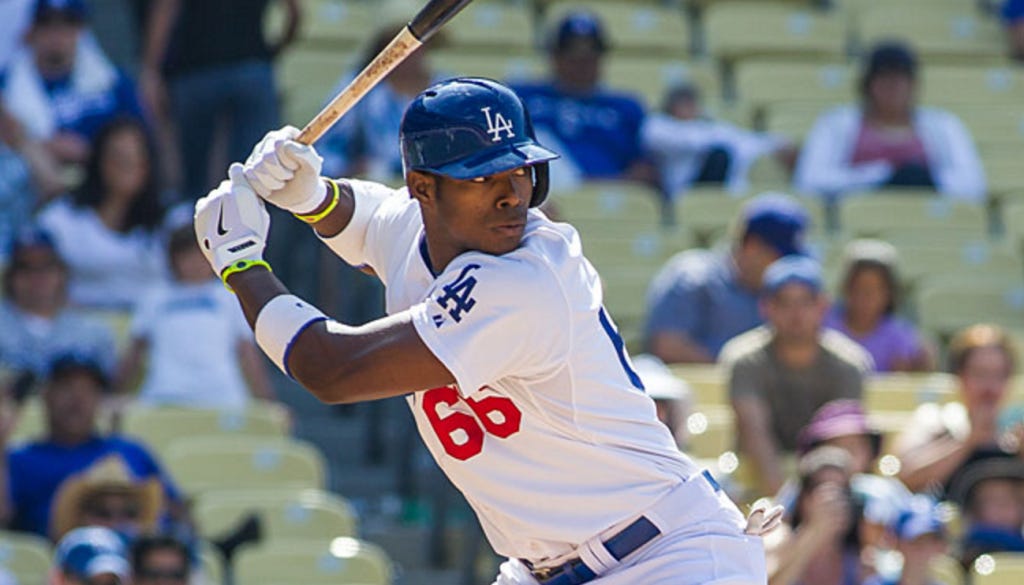 Puig has had the reputation of ruffling the feathers of not only his opposition, but his own teammates. It’s gotten as bad as teammates with quite a bit of clout in the Dodgers clubhouse suggesting to the front office that Puig be traded. Of course, Puig has not been traded, and the Dodgers have since maintained that he is not even available should a team come calling.

For as much of a nuisance that he has been in that clubhouse, I think we can all agree that none of that matters when the player in question is producing at a high level. We see it all the time in professional sports. You can do just about anything outside of killing someone, and some team somewhere will give you an opportunity to play if you can still produce at a high level. Manny Ramirez is a name that comes to mind. That guy got away with just about everything for years and years. Terry Francona talked about it in his book. Manny would do something stupid, and Francona would have a closed-door meeting with his veterans, and ask if the team should suspend him, or put him in the lineup because they need the production. They always took the production.

Well, regardless of what we know Puig is capable of, he hasn’t quite been the player that he was when he first burst onto the scene in 2013 as a 22-year-old. Is it a lack of effort? Is it a lack of motivation? Is it immaturity? Is it a lack of commitment? Is it a matter of the league making adjustments to his approach that he hasn’t readjusted to? Whatever the reason is for Puig’s OPS dropping off significantly over the last two years, it sounds like he’s saying and doing all the right things this spring, and regaining the support of his teammates.

“I’ve been really impressed with him this spring,” pitcher Clayton Kershaw said. “He’s putting in a lot of work.”

Remember how I mentioned earlier that a player with a lot of clout in that Dodgers clubhouse suggested to the general manager that Puig be traded? Yeah, that was Kershaw…allegedly. That’s a pretty drastic turnaround, considering that story came out this past offseason. Puig was asked about the story, to which Kershaw has never openly admitted that it was him who said it, but the Dodger outfielder was more than accountable, saying, “If he said it, he had his reasons.”

That must be a breath of fresh air for Dodgers fans. Hopefully Kershaw’s shot across the bow was a wakeup call for Puig, who said that he wants to be the LeBron James of baseball. Good luck with that.

Puig was one of three high profile MLB players who were potentially facing diciplanary action from the league as a result of domestic violence. The Yankees‘ Aroldis Chapman was slapped with 30 games yesterday, which will effectively cost him $2 million. A suspension has yet to be announced for Jose Reyes of the Rockies, but Colorado is preparing themselves to be without their shortstop for an extended period of time. In Puig’s case, whose domestic violence incident involved his own sister, it’s being reported that he will not face a suspension. According to accounts, Puig got into an altercation with a bouncer at a bar and shoved his sister during the incident.

Another factor that’s not being talked about enough in regards to whether or not Puig will return to form is his relationship with former Dodgers manager Don Mattingly. The two just didn’t get along with Puig saying, “We didn’t understand each other. Now that he’s not here, we don’t have to talk about him.” It’s fair to wonder whether a rift between the player and manager could have been a factor in his decline in performance. As expected, because anyone who doesn’t like Dave Roberts is an asshole, Puig and Roberts have a great relationship. “He and I are on the same page,” Puig said. “We have the same goals. We have a good friendship.”