Case closed.  Take all of the robots to a landfill and destroy them beyond repair. If dogs don’t trust them then neither should we. That’s honestly how we should judge everything from here on out. Forget politics, forget voting, forget letting everyone have a voice.  That hasn’t totally worked thus far. Let’s scrap it and a try out a new system. Like letting dogs be our leaders. They’re clearly the most perceptive animals among us. Why not let them lead the way? For instance, if that dog had curled up next to the robot and become best friends with it then I’d be sold. Robots for everybody. Robots in the streets. Robots in our homes. Well that didn’t happen. The dog treated that robotic thing like an enemy intruder. Which is exactly how we should treat them from here on out. I’ve asked this before but why are we building life-like robots? Why? That’s just nerds playing with fire. Almost like they want us to become enslaved by race of super robots.  Well not me. If I ever see a robot in the street, I’m attacking it for the sake of humans and you should too.

This guy. Look at this guy. 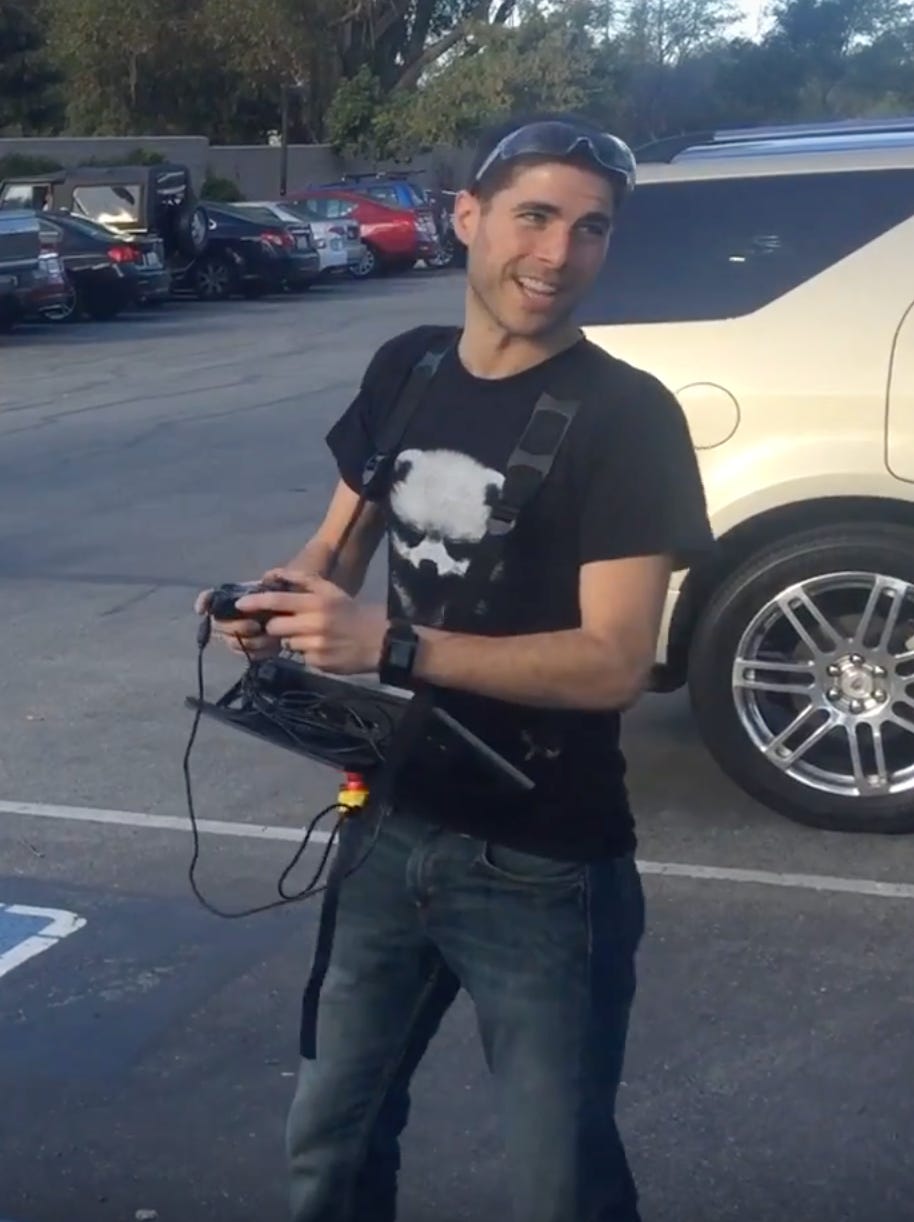