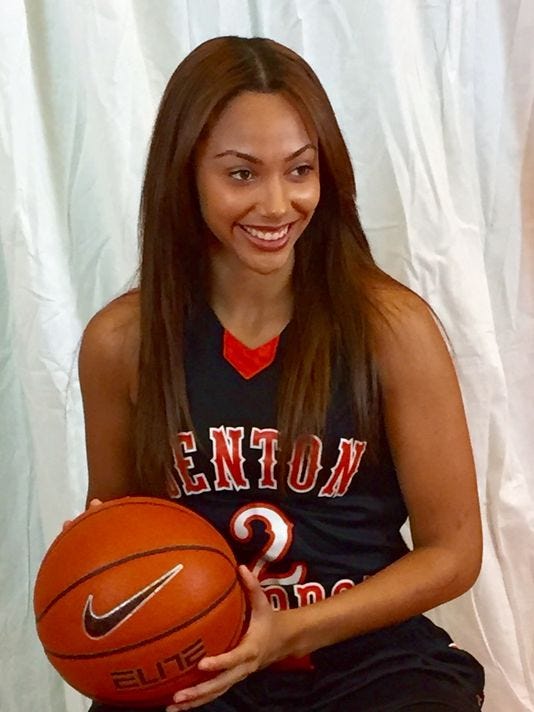 Detroit Free Press- Benton Harbor’s Kysre Gondrezick got the girls basketball state tournament started with a bang Monday night when she scored a state record 72 points in an 80-78 double-overtime victory Class B district over Buchanan.  The 5-foot-9 senior guard who signed with Michigan broke the record of 63 points set by Detroit Mumford’s Debra Walker in 1979.

Gondrezick is on pace to become the first girl in state history to average 40 points a game for a season. She finished the regular season averaging 40.5 points. She also has over 2,700 career points and will finish No. 2 on the all-time scoring list behind Central Lake’s Jasmine Hines (3,034 points), a senior at Michigan State.

Buchanan led by five and had the ball late in the overtime, but threw away an inbounds pass. Gondrezick hit a three-point shot and after a Buchanan player made one free throw, Gondrezick hit another three to force a second overtime. She won the game with a basket with 5 seconds left. She scored 49 of her team’s 51 points in the second half and the overtimes.

For the game, Gondrezick hit 27 of 54 shots while her teammates made only 3 of 20 shots. The victory improved Benton Harbor to 9-10 and sends the Tigers into Wednesday’s district semifinal against 1-19 Dowagiac.

Holy moly. If I may borrow and remix a lyric from Nelly, I need a basketball player as cute as Beyonce, baller like Cheryl Miller, ready to score when I say. Kysre Gondrezick is an NBA2K create-a-player on the court and a create-a-human off the court. And that’s just not fair to the rest of us, man. If you are a student in the same school as Kysre, how do you even look her in the eye? She is better at everything than you are. It’s hard enough to co-exist in the same space as regular hot girls in high school, let alone one that could drop 72 points in a game. If she was my partner on a class project or apologized for bumping into my in the hallway, I would have probably just died on the spot. Granted I was scared of girls until my junior year of college, but still, Kysre is on another level. 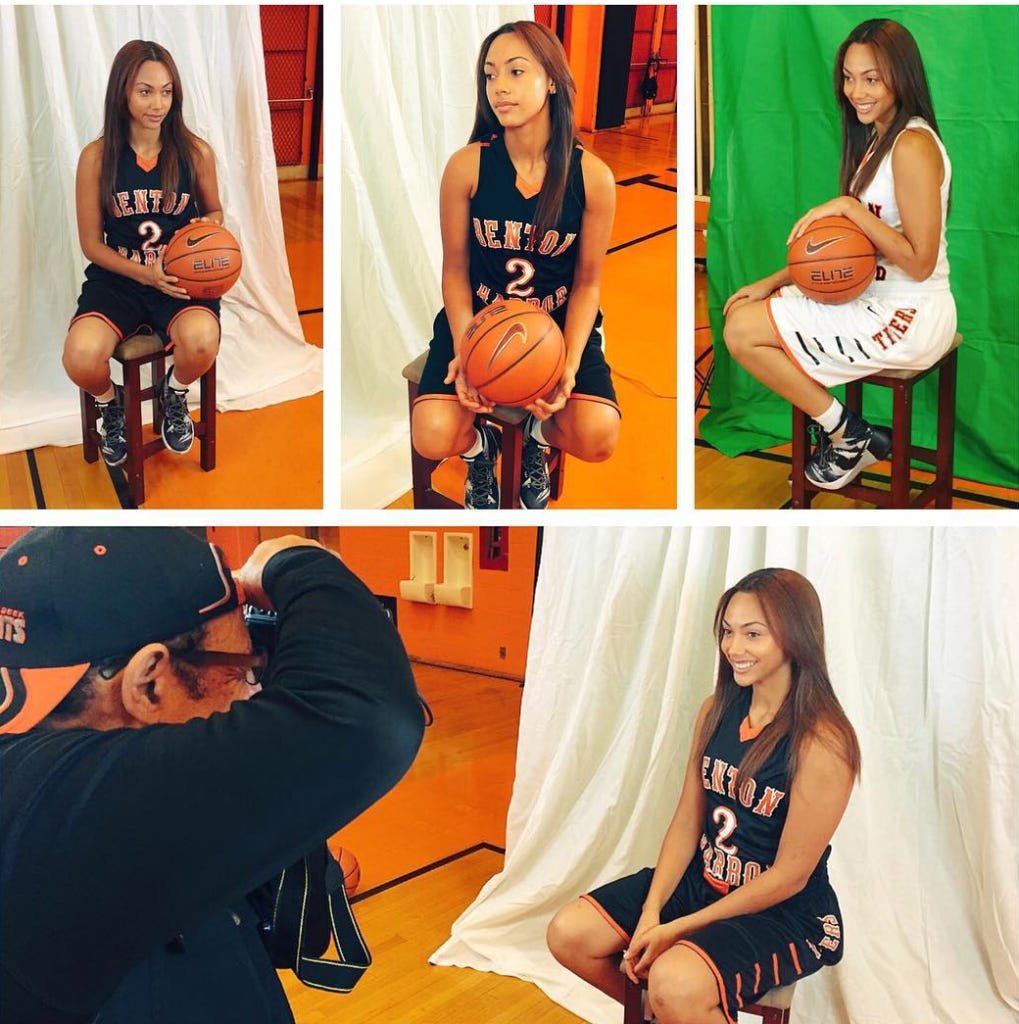 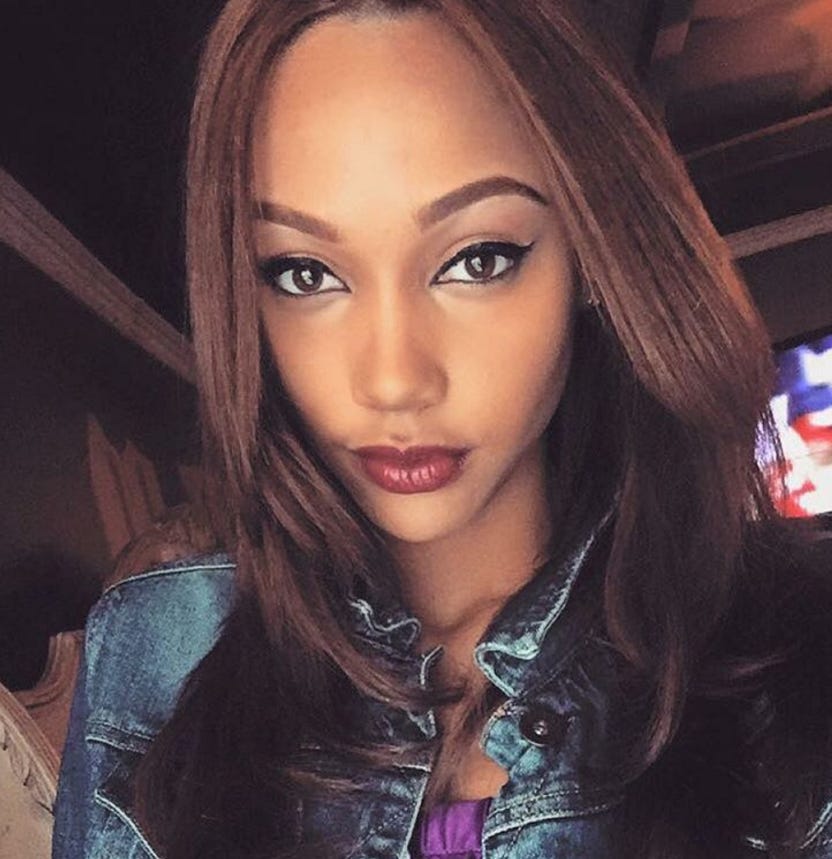 And how about her team? Kysre goes 27 for 54 while the rest of her team went 3 for 20. That makes the Cavs from last year’s Finals after Kyrie and Love went down look like an All-Star team. If she tweaks an ankle, they are basically the team from Teen Wolf without Teen Wolf. And how does a team that is 1-19 make the playoffs, let alone the semifinals? There are always more questions than answers when it comes to girls basketball.

And of course Kysre signed to go to Michigan. The Harbaugh Effect knows no sport boundaries. Now how do I order the League Pass for Michigan womens basketball games? 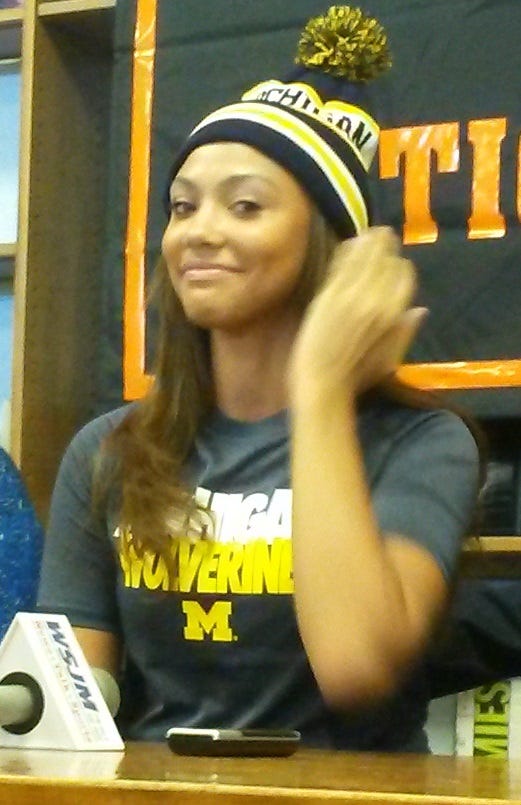