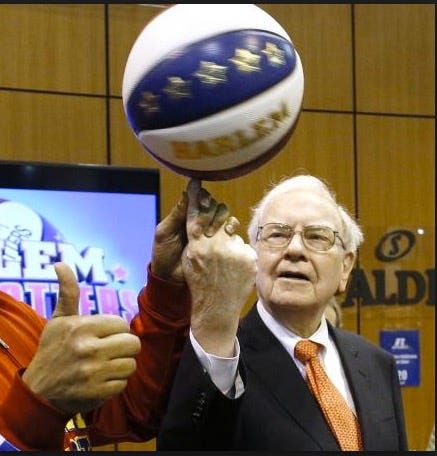 WALL STREET JOURNAL – Warren Buffett is running a pretty big March Madness pool this year. Mr. Buffett, the chairman of Berkshire Hathaway, just announced that his conglomerate plans to award $100,000 to the winner or winners of a companywide “ultimate office bracket contest.”

And there’s a chance that the winner could take home even more. Waaaay more.

If an employee manages to correctly pick all the games in first two rounds of this year’s NCAA basketball tournament, they’ll take home $1 million.

For the rest of their lives.

Mr. Buffett announced the contest on CNBC Monday morning, where he appeared to discuss the economy, stockpicking and more after releasing his widely read annual letter to Berkshire shareholders on Saturday. The announcement of the contest for Berkshire employees came as a bit of an aside, and may have been unplanned; Mr. Buffett said some senior Berkshire managers hadn’t even been told about it yet. He dubbed it the “ultimate office bracket contest.”

Oh my god I’m so sick of Warren Buffet. We get it dude. You’re rich. You’re like the richest guy ever. Net worth is $62.1 billion. With a B. How about just enjoying your money and buying a ton of random shit you don’t need instead of giving it away to everyone all the time? Stop with the charity and the donations and the contests. Be a rich asshole for me one time.

Not to mention this is basically a pity-party of a contest. Nobody could man up and win the perfect bracket two years ago:

This is not the first time Buffett has been connected to a bracket contest. Two years ago, Buffett teamed with Quicken Loans to offer $1 billion to anyone who picked a perfect bracket. With odds of 1 in 9.2 quintillion, no one won. [ESPN]

So now he lowered it to just the Sweet 16. Yet another charity case from Warren. Surprised he had the balls to do this after seeing the bracket I put up last year? 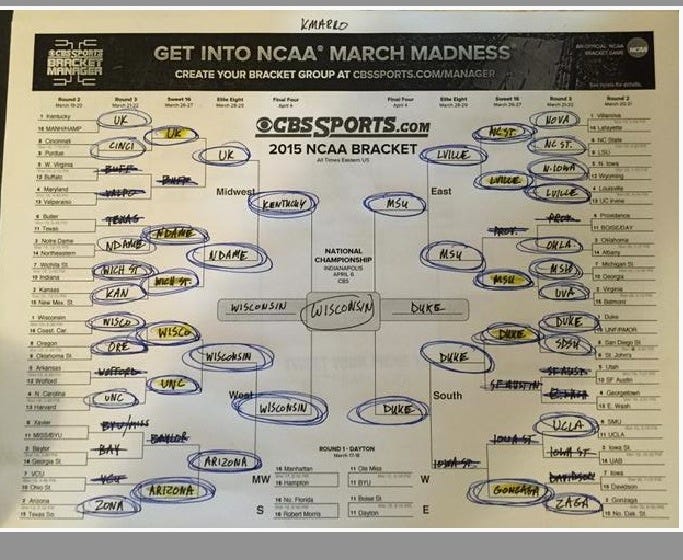 Probably why he limited it to his employees only. Didn’t want a college hoops shark blogger cutting into his wealth.

The odds of getting the first 48 games right are better, but it’s unlikely a Buffett employee will be able to pull it off. Over the past six years, 48 million brackets were submitted to ESPN’s Tournament Challenge. Only one bracket got the first round (the first 32 picks) correct.