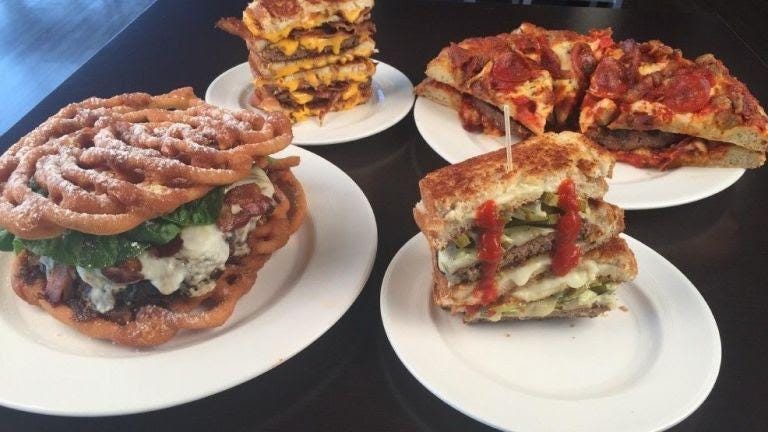 2016: where you can’t just go to a minor league stadium and just watch some subpar baseball. For minor league teams it’s all about the gimmicks. Weird fucking jerseys? Check. Dogs being the batboy? Check. The most ridiculous thing they are known for is trying to upstage one another with ridiculous food options. Well, the Wisconsin Timber Rattlers just threw their hat in the “Crazy food concoctions” race. 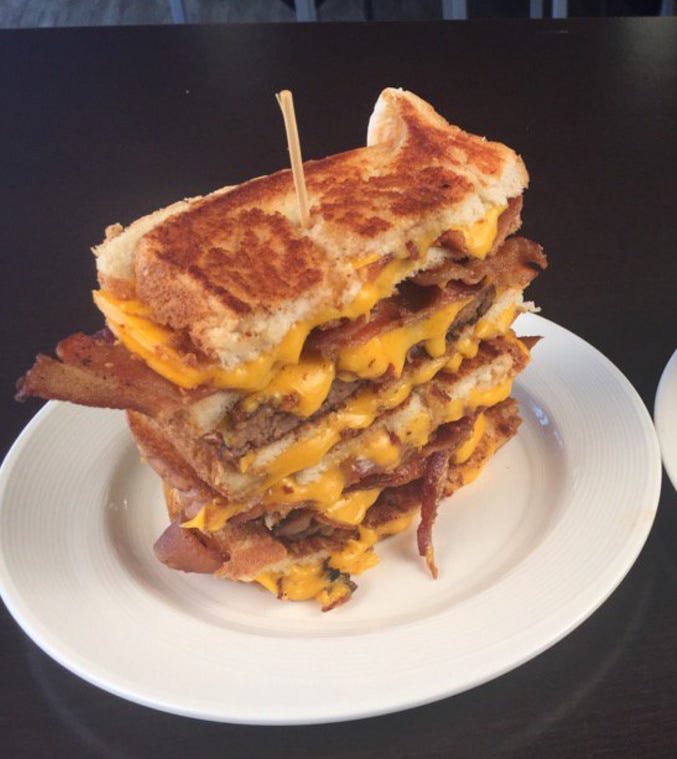 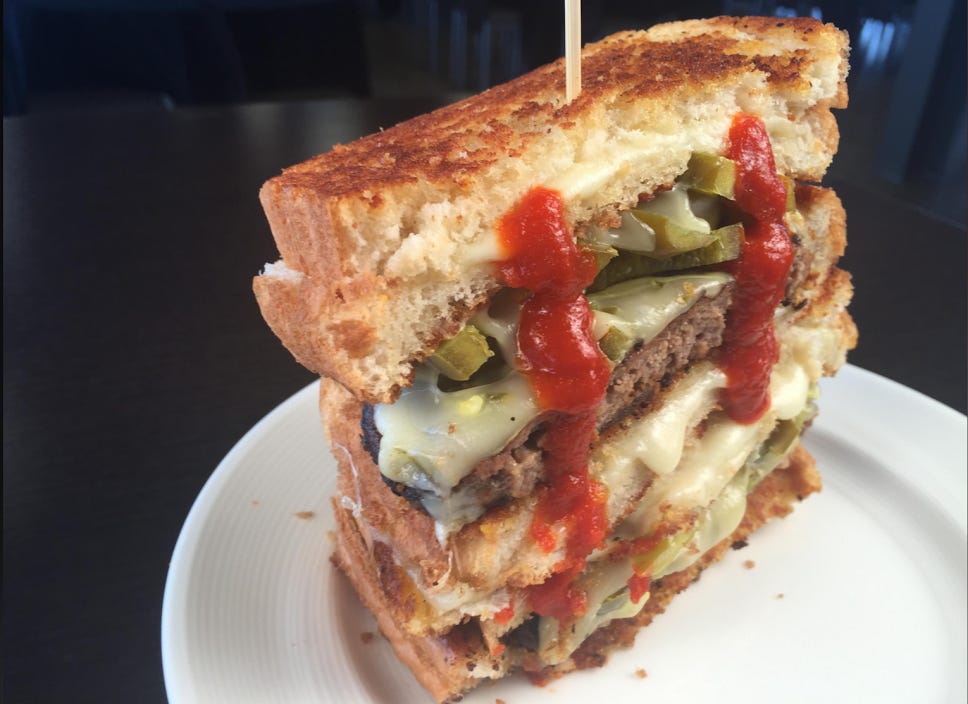 I am putting these two together because they share a common trait: the ability to piss me off. Listen, there is nothing more frustrating than trying to eat a turkey club on a nice summer day but it is packed so high that you can’t even eat and it all starts to just fold and fall on your plate. It’s a terrible and sad feeling to have. These look downright beautiful but just give it two or three bites until your scooping up cheddar cheese and bacon bits with your hands in the stands while your son is looking at you like you’re a god damn sociopath. 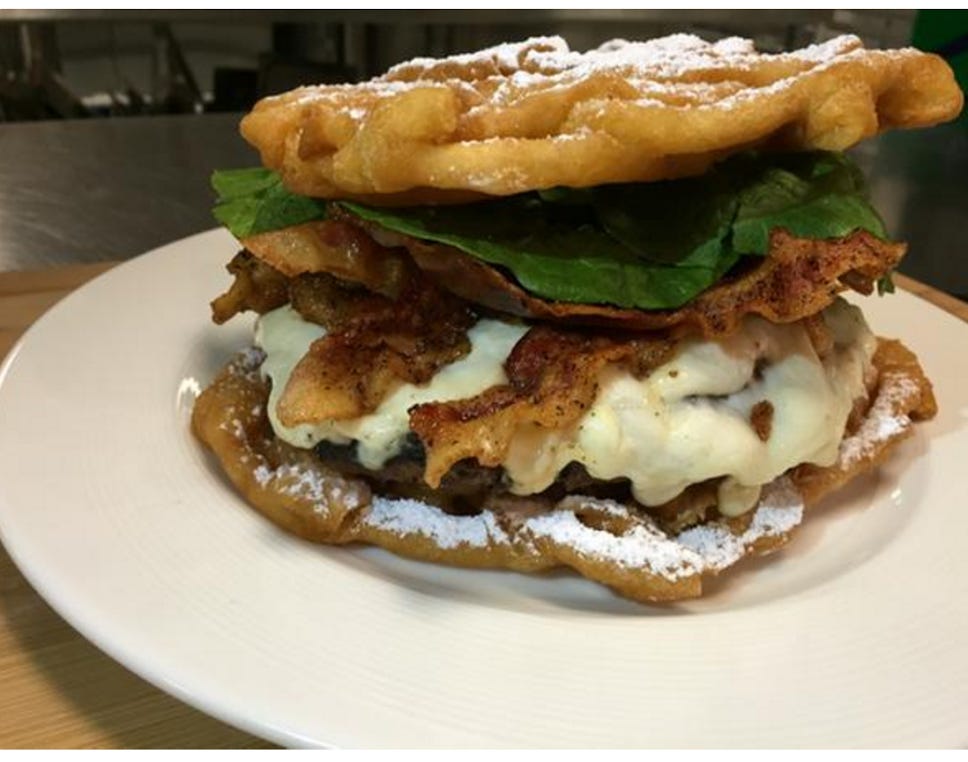 Holy Shit. This is a beautiful heart attack. This thing looks absolutely unreal. I have always been on the funnel cake bandwagon, there used to be a spot about two stores down off of the amusement pier in Ocean City that my dad would sneak out to when I was a kid. He would go grab two and come back and my family would HOUSE them. But I couldn’t think of something better to go in between two warm funnel cakes other than a burger and to make it all worse, he throws in a little bit a bacon. Heart attacks: Can’t live with them, can’t live without them. 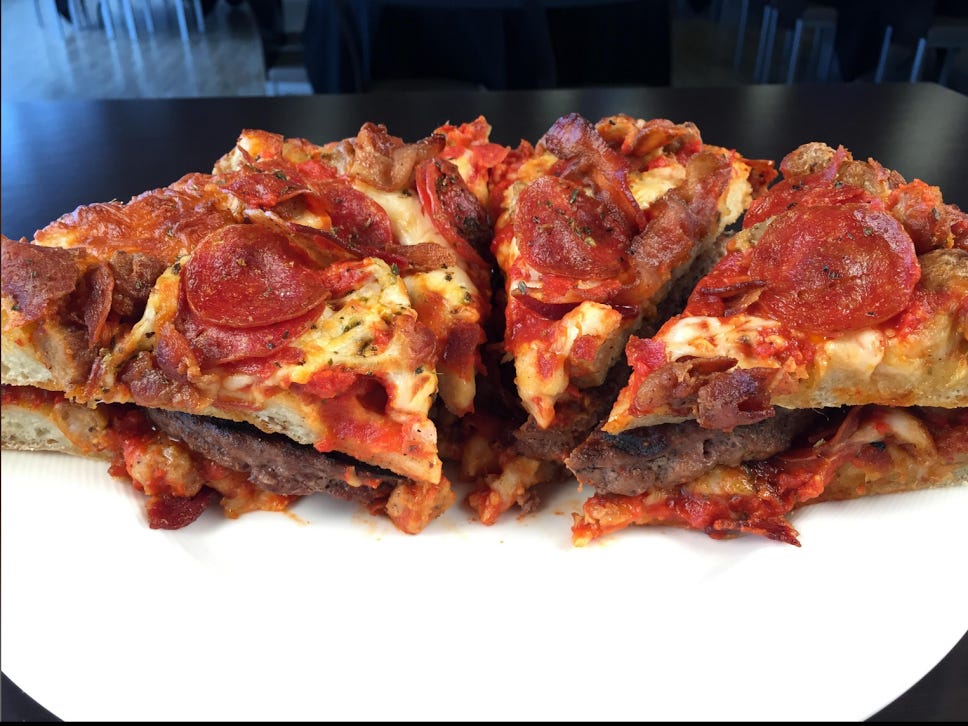 Lets state the obvious here; You HAVE to flip that pizza upside down and tackle it that way. I understand they probably are doing that for show, but when it gets down to game time, that pizza has to be flipped allowing you to mend the juices and keep it compact. Besides that, my only real comments on it are that this should be made in every state and at three locations per state. Why? Because I am almost certain this could cure hangovers with one slice. So much grease, so much grossness, so much beauty.