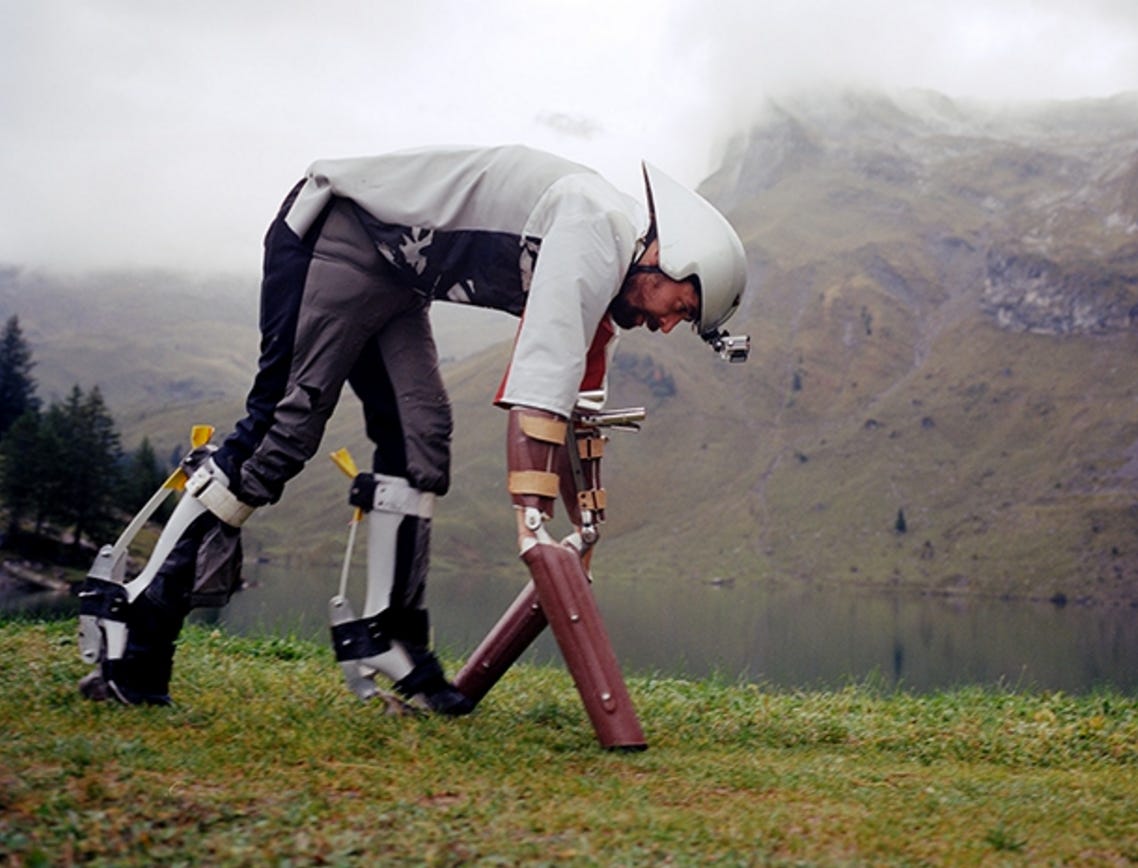 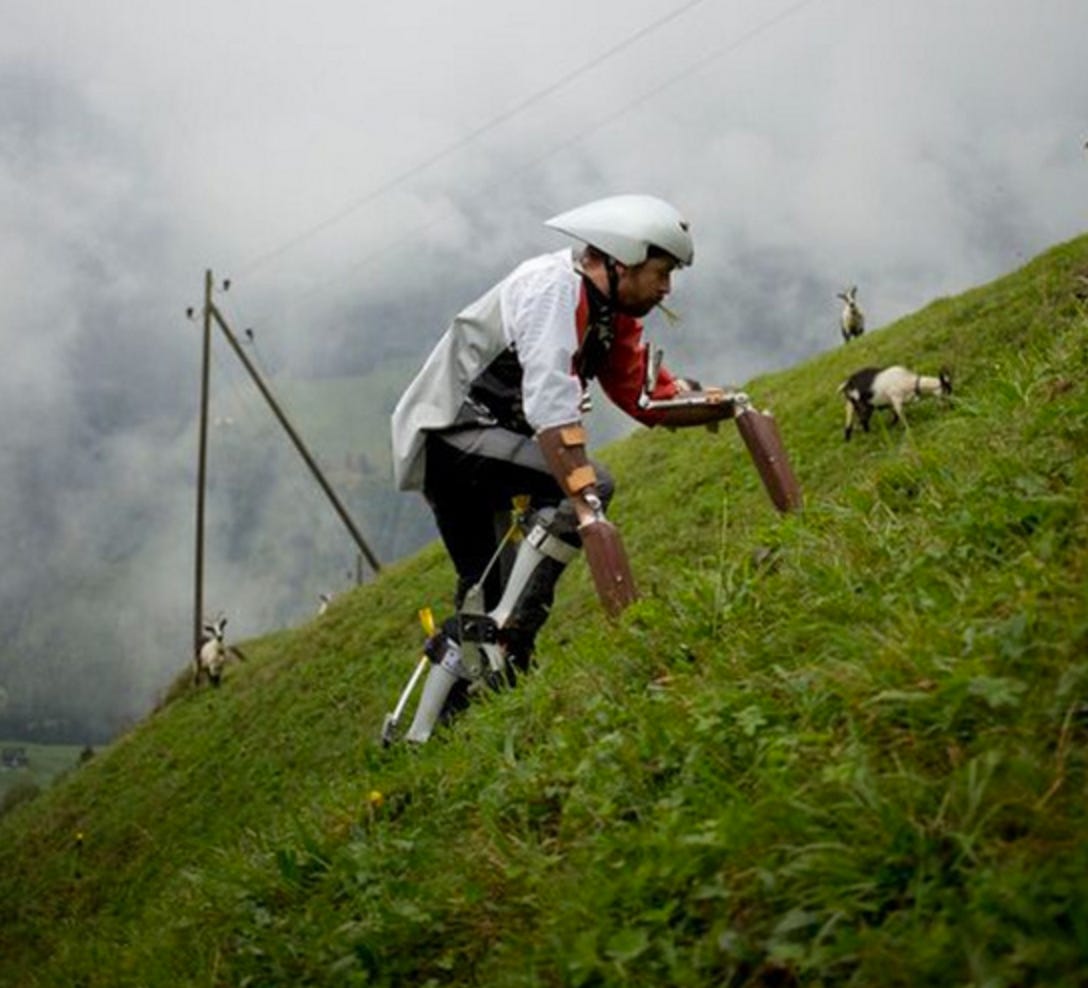 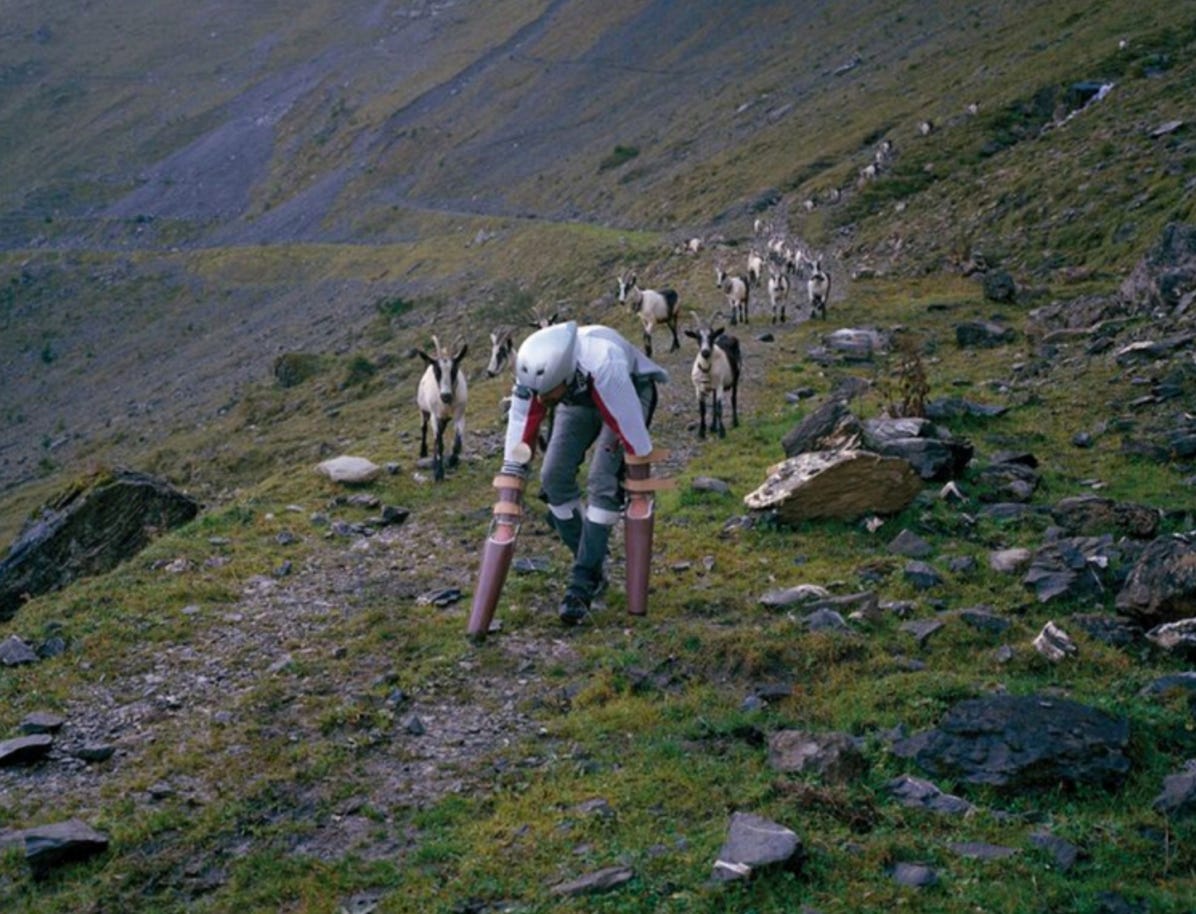 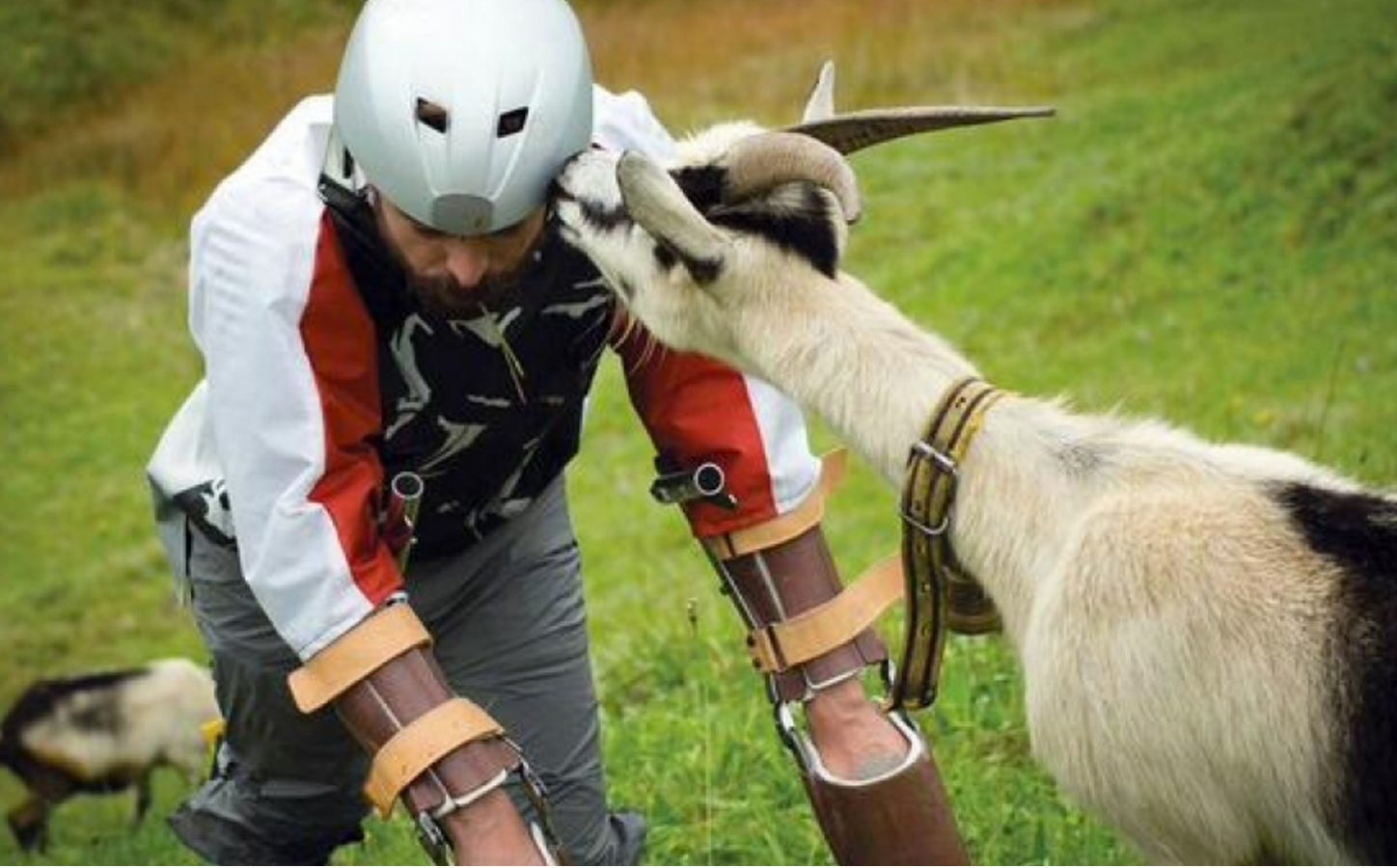 PRI - Thomas Thwaites wanted to know what life was like for animals. “I was at a bit of a low ebb and I just happened to be dog sitting by my niece’s dog, and looking at this joyous, happy mutt,” says Thwaites about the moment when the muse spoke to him, “I just thought, oh, wouldn’t it be nice to just have a break from all this stress? I kind of took it from there really.” It’s not too outlandish really to imagine being an animal.  Apparently the idea had been kicking around in Thwaites’ head for a while. “It seems like a passing thought if only I could be an animal. In fact I think it’s a universal. I remember thinking as child if only I could be a cat, then I wouldn’t have to go to school.” Interesting way to play hooky from school. But as an adult, Thwaites, a 34-year-old artist from London, wanted to push the idea farther so he decided it was time to escape the pressures and stresses of modern life, and live as a goat. Like a billy goat. “I went to a goat farm in the Alps and I had some prosthetics made by a prosthetic clinic, prosthetic hooves, prosthetic back legs, I also tried to digest grass. Because that’s what goats do.” After three or four days getting the hang of his new hooves, he challenged himself to cross the Alps. Because that’s what goats do.

Everyone knows I am the Barstool Hater of the Year. I survive on Hate alone. Dont even need food and water. But nobody, and I mean nobody, has ever come CLOSE to Thomas Thwaites. Hes the weirdo artist combined with the hiking outdoorsy type combined with some weird fucking obsession with GOATS and thats enough for me. Thats it folks. He’s the biggest asshole alive.

And even, lets say, hypothetically speaking, I was down with walking across the alps in fake goat legs…that fucking helmet would be a deal breaker. Really dude? A helmet? For walking on goat legs?

As for the rest of the show: NASA will pay you 18k to lay in bed and smoke weed for 70 days, Supreme Court Justice Clarence Thomas asks a question for first time in 10 years, dead body found at an Air BnB, and an Oscars MFK. Plug in juice up.