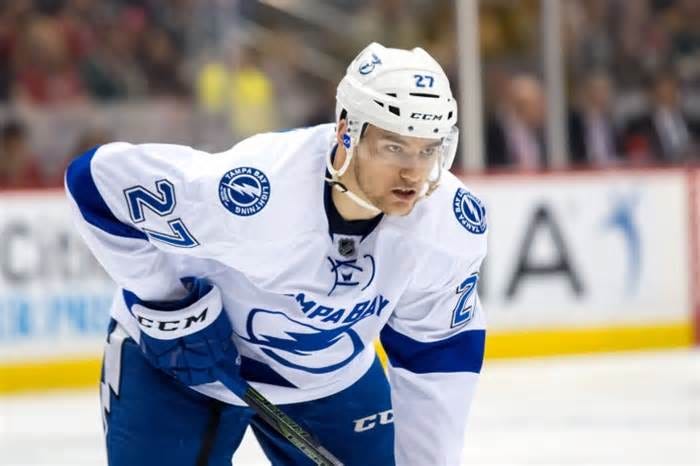 Well here we go, bitches. February 29. The NHL Trade Deadline is finally upon us. Chaos and anarchy at it’s finest so here’s your one-stop shop to keep up with all of the deals that go down today. There won’t be a ton of analysis on each deal–bigger trades will obviously be getting their own blogs. But if you’re not glued to Twitter all day to keep up with the trades as they happen, then just keep checking back here throughout the day. Now there aren’t a ton of names still out there as GMs across the league decided to get most of their work done over the weekend. But there are still guys like Jonathan Drouin who is expected to be traded today. There’s still a ton of uncertainty around Loui Eriksson. The Edmonton Oilers still have all their shit to deal with and trying to sell off as many pieces as possible because incompetence doesn’t even begin to describe that organization. I just wouldn’t expect a ton of flashy names to be dealt today because most of that already happened over the weekend.

– You had the Chicago Blackhawks continue to bang the Salary Cap era in the ass by picking up Andrew Ladd and Dale Weise. So far Ladd is the only player who has potted a 1st round draft pick this deadline. But yeah, it’s ridiculous how Stan Bowman and the Blackhawks continue to load up in this era and these moves immediately give them a better shot to win their 4th Stanley Cup in just 6 years. I guess that’s what happens when you go through a decade of almost complete irrelevance.

– The Florida Panthers are officially in Win Now mode after picking up Jiri Hudler, Teddy Purcell and Jakub Kindl. I’m going to guess that Hudler was Plan C for the Panthers. But after Chicago snatched up Ladd and Weise, he was their best option. Makes sense that the Panthers would go for it now while they still can. I know that Jagr doesn’t age but he’s also not getting any younger (I think).

– The Rangers made a huge splash yesterday by picking up Eric Staal. Is his play on the decline? Obviously. But he’s still a nice piece for that Rangers team. But here’s the good news for Rangers haters such as myself. Eric Staal won a Stanley Cup alone in Carolina. Jordan Staal won a Stanley Cup alone in Pittsburgh. But no team in the history of the NHL has ever won the Stanley Cup with 2 Staal brothers on their roster. Facts are facts. Sorry, Rangers.

– The Caps moved Brooks Laich last night in an effort to free up cap space. I’d expect them to to do whatever they can to land either Hamhuis or Russell today. Washington will end up with one of them, sounds like Dallas/Boston will land the other. So let’s get to it.

Follow along all day @BarstoolJordie and make sure not to fall for any fake accounts today. The only accounts you should really trust today, aside from myself, are @TSNBobMcKenzie, @FriedgeHNIC, @DarrenDreger and @Real_ESPNLeBrun.

Aaaaand the Arizona Coyotes get us started today with the first move of the day.

Heading back to Pittsburgh will be a conditional and a minor league player via Darren Dreger. CAN YOU FEEL THE EXCITEMENT???

UPDATE #1: Well it’s noon Eastern time and aside from that nobody-for-nobody trade between Arizona and Pittsburgh, there’s been nothing going on yet today. I’m sure there will be a domino effect once the first big name goes off the board today but so far, this Trade Deadline gets an F–. Current mood:

UPDATE #2: It may not be much, but at least it’s something. Just about 1 pm Eastern and we’ve only had 2 trades on the day. Gotta imagine everything happens at 2:59 because why the fuck not?

UPDATE #3: And here we go. The first domino of the day has fallen, Mikkel Boedker to the Colorado Avalanche.

Mikkel Boedker is speed. Hot, nasty, bad ass speed. And I guess that Colorado going after Boedker means they are 100% out on the Jonathan Drouin sweepstakes. But yeah, first big name off the board today and now it’s about to go down. (Sidenote: Alex Tanguay is heading to Arizona in this deal. Yes, THAT Alex Tanguay. Maybe if this was NHL Hitz 2002 the Coyotes would have struck gold)

And now it looks like all of the defensive dominoes are about to fall as well with Kris Russell going from the Calgary Flames to the Dallas Stars.

Klingberg, Oduya, Russell, Goligoski. The Central Division is going to be a bitch to get through for the rest of the season. Russell is going to eat plenty of minutes in Dallas and shoutout to Dallas for getting him out of Calgary’s lineup tonight since they play against the Flyers later. (Sidenote: Just found out the 2nd round pick sent back to Calgary from Dallas will turn into a 1st if Dallas makes it to the conference finals. So unless they win the Cup this year, that’s not a great looking deal for them)

UPDATE #4: Less than an hour to go until the deadline. Small deal here but it’s still something. Also, Brandon Pirri is a friend of the program. Hopped on Chief’s Chip & Chase podcast earlier in the year so I guess that’s a curse now.

Pirri only going for a 6th is pretty shocking. Anaheim getting themselves a steal here and have to imagine they are still very much in the hunt for Drouin right now.

UPDATE #5: And there it is. 3 pm EST. Some trades are still going to come through over the next half hour or so. But as of right now, this has been one of the most boring Trade Deadlines imaginable. Again, there are going to be some deals that get announced after the deadline (i.e. Hamhuis to Dallas or Chicago) but yeah, this day was a big ol’ waste of time. Especially if Jonathan Drouin doesn’t end up being dealt until the draft now.

– Flyers did nothing. Why did I even bother waking up today?

Thanks a lot to everyone who followed along today. Let me know your thoughts on this disaster of a deadline on twitter @BarstoolJordie