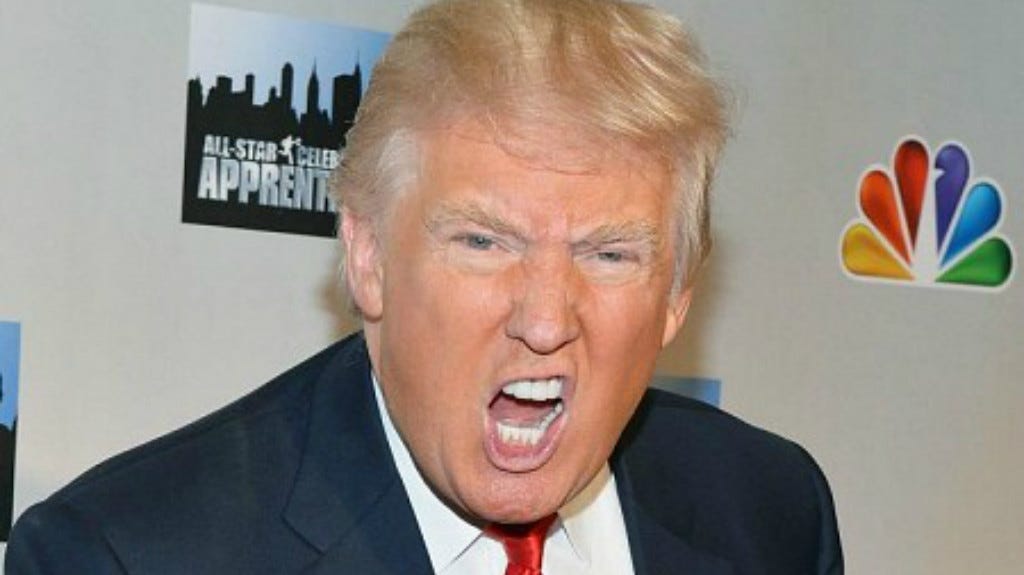 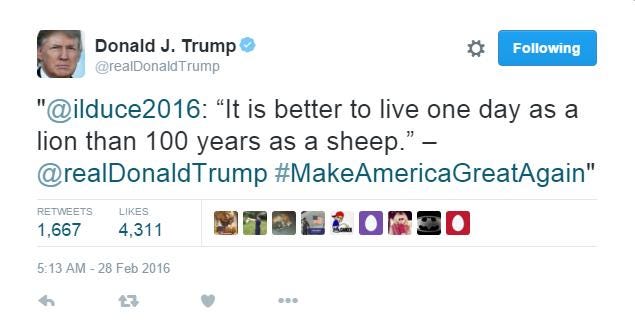 Chuck Todd On “Meet The Press”: Obviously you didn’t know it was a Mussolini quote

Donald Trump: I don’t care that it was Mussolini, look Mussolini…It was a very good quote. An interesting quote.

Chuck Todd: Do you want to be associated with fascism?

Donald Trump: I want to be associated with interesting quotes

Hey say what you want about Mussolini, but the guy knew how to give electric speeches. He knew how to campaign. Being associated with Mussolini on the campaign trail isn’t the worst thing in the world. It’s not like he quoted Hitler. Just Hitler’s patsy. Doesn’t matter where the quote came from, it’s true. Donald understands that. I’d rather live one day as Donald Trump 100 years as Jeb Bush.