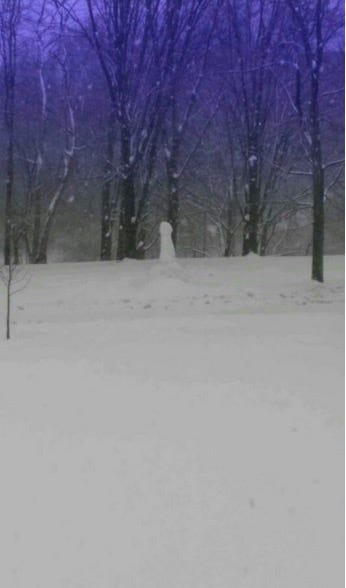 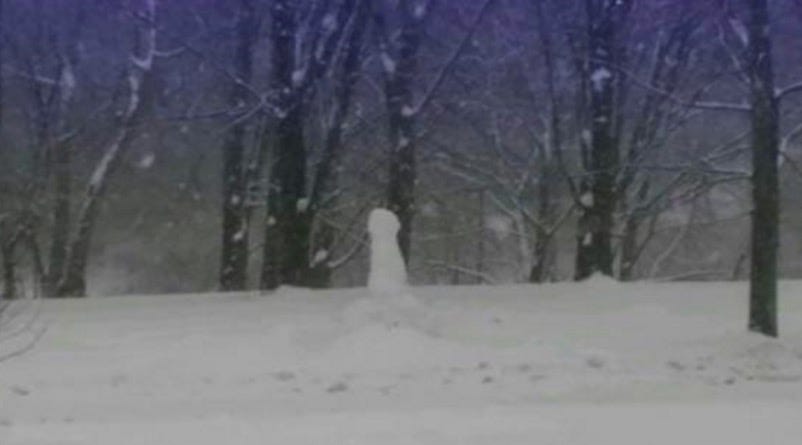 Daily Caller – The University of Michigan is investigating the construction of a giant snow penis on campus as a “bias incident.”

The offending phallus was constructed Wednesday night outside Bursley Hall, following a storm that dumped a sheet of snow on Ann Arbor. That apparently didn’t sit well with everybody, as a residential hall director reported the snow member to Michigan’s office of student life.

It’s unclear what group the reporting individual believes was targeted by the snow penis.

“Based on this definition, it is unclear if the bias incident report was generated because of the perceived white male privilege displayed by the pearly member rising out up from the ground or because of inadequate sex representation as no efforts had been made to create a snow vagina,” Review writer Erin Dunne joked.

Me, on campus outrage stories:

I mean I didn’t think I could be surprised anymore so I guess it’s at least refreshing. Michigan students filing complaints over a snow dick being a “bias incident.” A penis made out of snow requires a report to be filed and an investigation to be launched. That is definitely a new one.

I can’t even figure out who this was biased towards by the way? Like who is the group that is even offended? Most of them are easy. A Confederate Flag, a swastika, a Hitler picture, all of those are pretty self explanatory. But a massive snow cock? Who is that targeting?

All I know is I’d like to meet this member of the Residential Staff and give them a nice big hug.

One member of Residential Staff, who wished to remain anonymous, told the Michigan Review, “I find it more than a little ridiculous that Housing officials are required to waste their time reporting trivial occurrences such as this phallic snow object.”

The Residential Staff member who spoke with the Michigan Review explained his concerns with housing policy that led to a pile of snow being reported: “In the real world, no one cares about stuff like this. It is the height of privilege and entitlement to be obsessively concerned with utterly inconsequential events such as this.” [Campus Reform]

Now everybody gather around…I’m about to invade the fuck out of Michigan’s safe space. 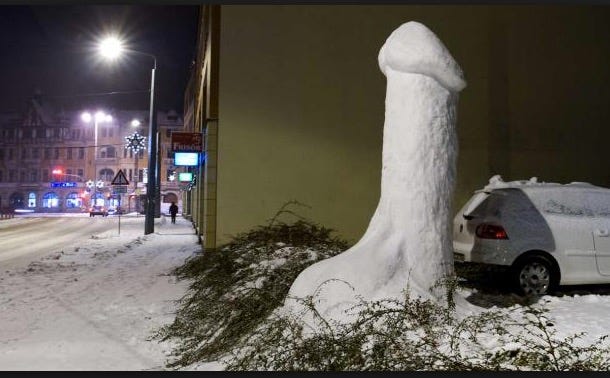 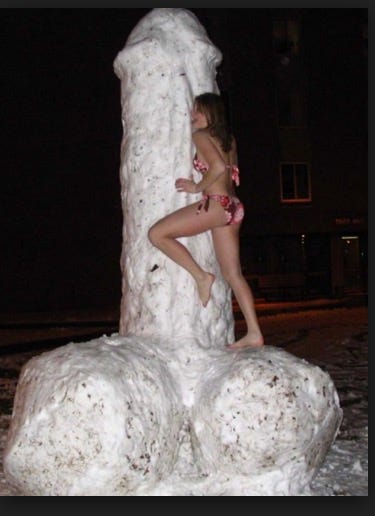 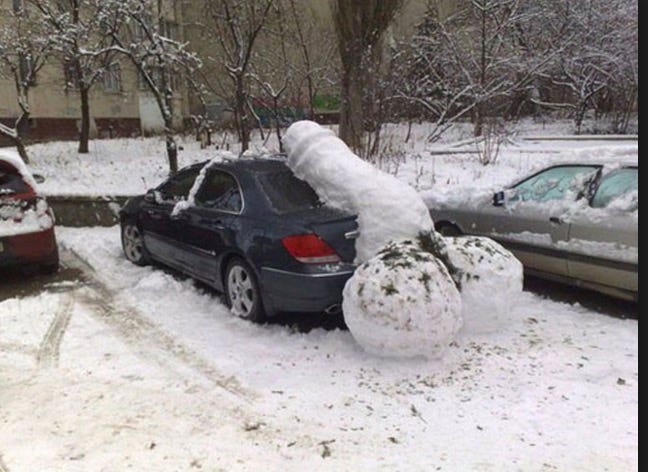 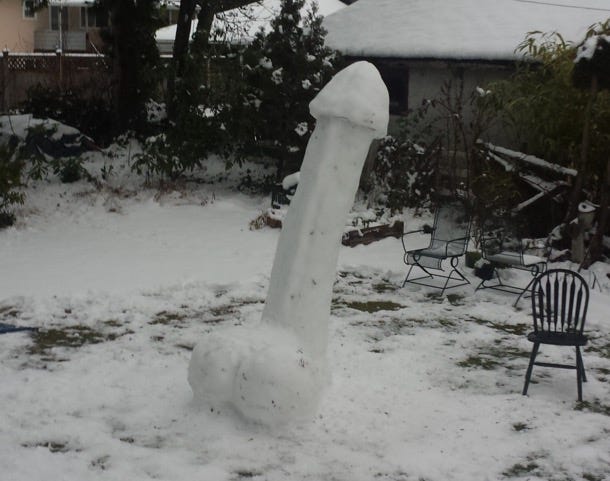 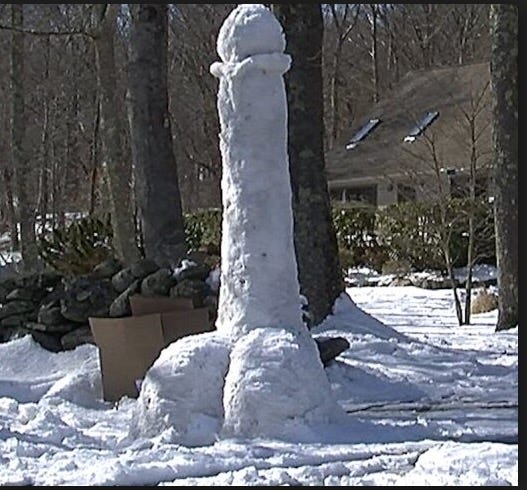 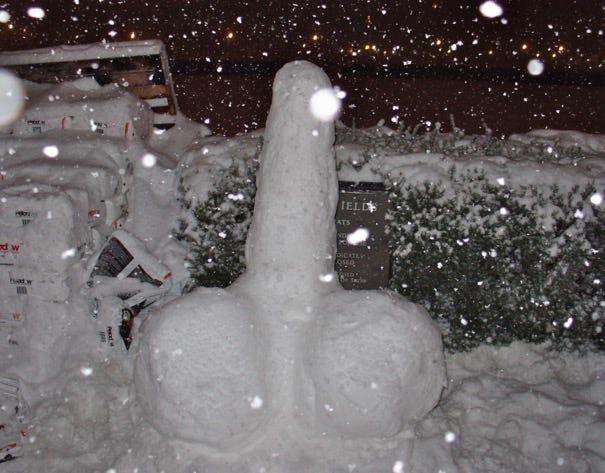 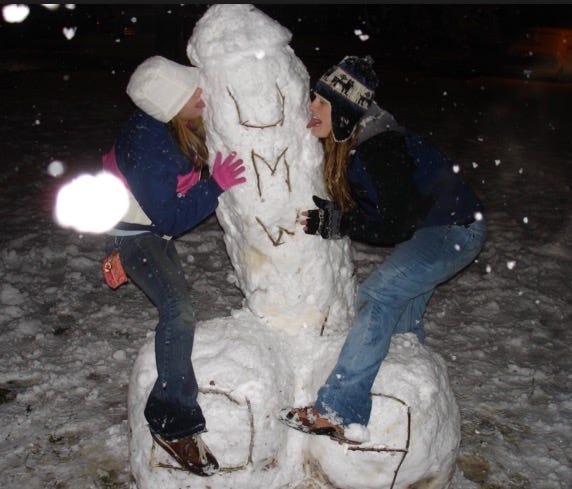 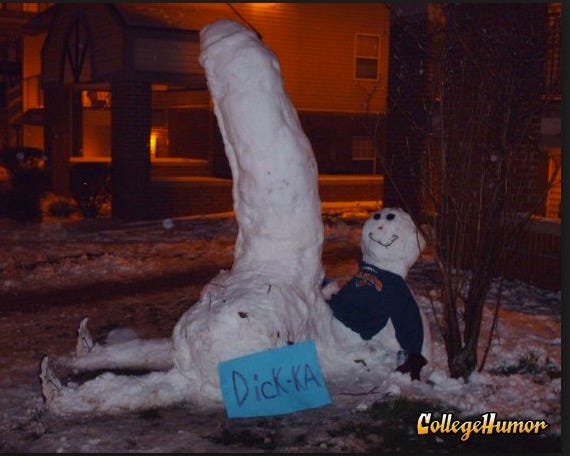