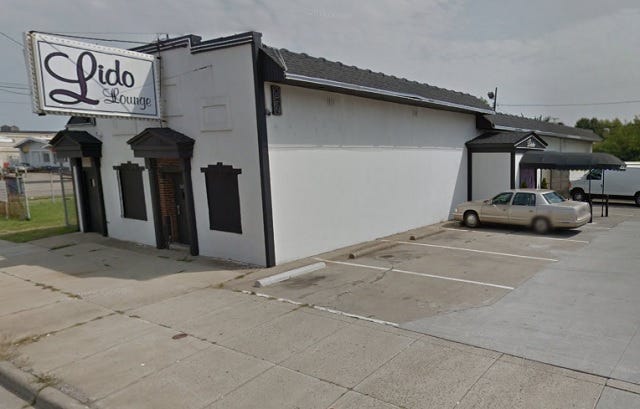 Brevard Times-  A Florida man is recovering from a gunshot wound that he sustained after getting into an argument about whether Florida or Ohio strip clubs are better. According to Cleveland.com, 24-year-old Antonio Cummings of Orlando, Florida was at the Lido Lounge strip club in Cleveland, Ohio for a friend’s birthday party at 2 a.m. last Saturday. While standing outside in the strip club’s parking lot, the Florida man got into an argument with another man about the difference between strip clubs in Ohio and Florida, NBC TV affiliate WKYC 3 reports. The argument then escalated into a fight and the Florida man was shot in the left thigh. The man who shot Cummings fled in an unknown vehicle while the Florida man was taken to a local hospital by a friend.

Look, I have never been to the Lido Lounge, but I am sure that the ladies that work there are very lovely (I am not actually sure of that, but lets just roll with it).  But how in the world does someone try to say that Ohio has better strip clubs than Florida?  I mean I have never been to Ohio, so I’m not really sure how the quality of the product is there.  But I feel like becoming a stripper in Florida is like becoming a lawyer or doctor in the other 49 states.  It’s the dream for all the locals to strive for. Men become NFL players, women become strippers.  Plus, Florida is almost always warm.  So when all the hot chicks disappear from the North for the winter (which always happens), where do you think they go?  They migrate south like birds.  Simple science.  And I have been to a strip club in Florida and it was an experience.  Like a giant warehouse the size of a Costco with the hottest collection of girls you will ever see.  The only state I could see the strip clubs mayyyybe being better is Las Vegas. But I don’t think any state is touching Florida when it comes to strip club quality, let alone fucking Ohio.

And the fact that this shooting took place in Ohio shocked me.  Yeah it’s Cleveland AKA The Factory of Sadness.  But everything about this story screamed “Florida” to me.  I guess if these guys were in Florida, they would have been happily drinking a beer while looking at sun kissed bodies grind on a pole instead of being involved in a shooting.

Update: Maybe Florida strip clubs aren’t all that I had them cracked up to be. Upset of the century that there is no contact in Florida strip clubs. I guess when your state is known for being the unofficial home of the show Cops, you need to put a few safety measures in place to cut down on crimes.