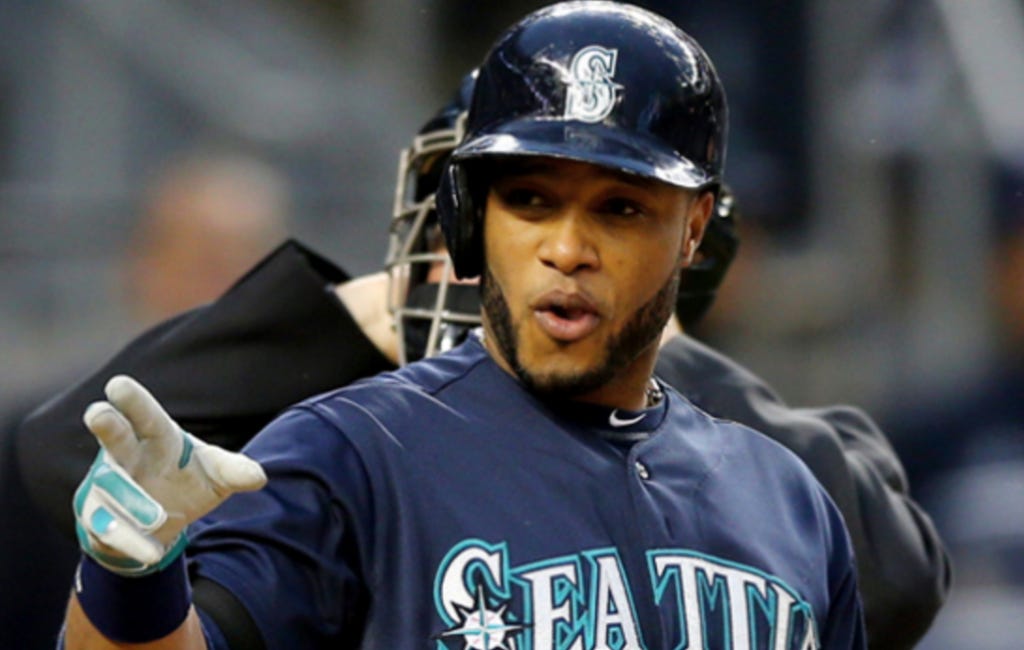 It hasn’t exactly been smooth sailing for Robinson Cano since he turned in his pinstripes and headed out west to join the Seattle Mariners.

All things considered, his first year in Seattle was a success. The native of the Dominican Republic hit .314 with an .836 OPS, earning him fifth place in the MVP voting for a second consecutive season. However, things didn’t go so well in year two of his 10-year, $240 million deal, especially in the first half of the season. Cano was hitting .238 with a .621 OPS as late as June 30, and his former first base coach Andy Van Slyke said back in November that it likely had a lot to do with a lack of effort, and his lack of effort cost a lot of people their jobs, including him.

And while Van Slyke qualified that he doesn’t think Cano’s a bad guy, it doesn’t seem like he thinks Cano works hard, something the six-time All-Star was accused of when he left the Yankees two years ago. When host Frank Cusumano said Cano’s struggles weren’t related to “work ethic, he tries,” Van Slyke responded: “He does, sometimes.”

Cano, of course, was asked about Van Slyke’s highly critical comments, and he responded with the following:

“Honestly, it didn’t hurt me,” he said. “Coming from a guy like him doesn’t bother me at all because I know how I play; you guys know. If you hear the comment first he throw me under the bus and then he was like, what is so great about myself. You didn’t know what he was trying to say. Andy, I don’t know. It doesn’t even matter to me.

“A lot of people call me and I’m not going to waste my time and say anything back. I got a call from the manager that was apologizing because he said all this stuff. He was a guy who always talked to me during the season; you saw that. I don’t know how come he said everybody got fired because of me.”

So the main takeaway here is that the Mariners are clearly going to baby Cano and kiss his ass, regardless of his performance. On one hand, you have the spiteful first base coach, who was fired as a result of Seattle’s fourth place finish in 2015, in which he evidently holds Cano highly responsible for that. And then you have the manager, who’s trying to do some damage control due to the fact that he still has to have a working relationship with Cano and keep his star player happy, because he’s going to be in Seattle for a long, long time.

Do I believe that a poor work ethic had something to do with Cano’s performance in 2015? I’d buy that, especially considering the source. Van Slyke was there every single day, and watched Cano up close. It’s not shocking at all that a player who just got a 10-year deal for more than $200 million would take their foot off the gas once they got paid. But, if you recall, after Van Slyke’s comments came out, reports soon followed that Cano is unhappy and Seattle and wants to “find his way back to New York.” The second baseman addressed this report, too.

“I never said that,” Cano said. “They always say the source or the friend. I never talked to a friend or nobody. I always tell you guys that I am happy to be here and happy to get my chance here to be able to play the end of my career here, have fun with the guys. The city has treated me so nice – even you guys, the media. I never said that.”

Suuuuuuuure ya didn’t. Thanks to guaranteed contracts in the MLB, Cano is getting paid $240 million no matter what. He’s getting paid $240 million even if he’s playing baseball on the moon. You mean to tell me that you’d rather stay in a home ballpark that massacres power numbers instead of going back to that bandbox in New York with the short porch in right? Please. If the Mariners and Yankees could some how facilitate a trade to send Cano back to New York, he’d be at the airport before Ken Rosenthal could hit send on his tweet.