Sorry for the autoplay, hopefully no one gets jumpy around dignified African accents that sounds kind of like Cookie Monster. Anyway the story since the video is long (but honestly worth it for all the characters who pop up):

Gawker – A Spring Valley, New York village meeting descended into chaos yesterday when a constituent publicly accused the mayor of breaking up his marriage. The Journal News reports that maintenance worker Reginald Alfred grabbed the mic to claim Mayor Demeza Delhomme used his “power to get into my house.”

“Mr. Delhomme is trying to use his power to get into my house!” Alfred says in the video. “He destroyed my house. He destroyed my family. I have two daughters.”

A village trustee shouted back, “You screwed his wife and you say you don’t know him?”

Drama at the Spring Valley town hall! It’s funny because in theory this sounds like a pretty sexy story but then you see the characters involved you go “Oh right unattractive people do fucked up shit too,” like the end of the Shadynasty episode of Always Sunny. But either way, I’m sympathetic to this guy for having his wife stolen because no one wants to see a family broken up with him having to go to some out of control town hall meeting to figure it out. At the same time though, what has mayor Demeza Delhomme been working for all his life? Rising through the ranks of politics, building up his influence, reaching the apex of success at the mayor of Spring Valley…if a man as prominent and powerful as the mayor of Spring Valley can’t go around prima noctaing dudes in your town then what’s the point of being at the pinnacle of your profession like he is? Sacrifice for the good of the community, man.

Also #noracist but I was sort of confused a town like this exists in New York. I know I live in the city and have no idea about western or upstate NY. But I did not know we had places with entire rooms full of shouting African people and possible abuses of power and this guy awkwardly looking around waiting to ask his question about banks somewhere in the same state as me: 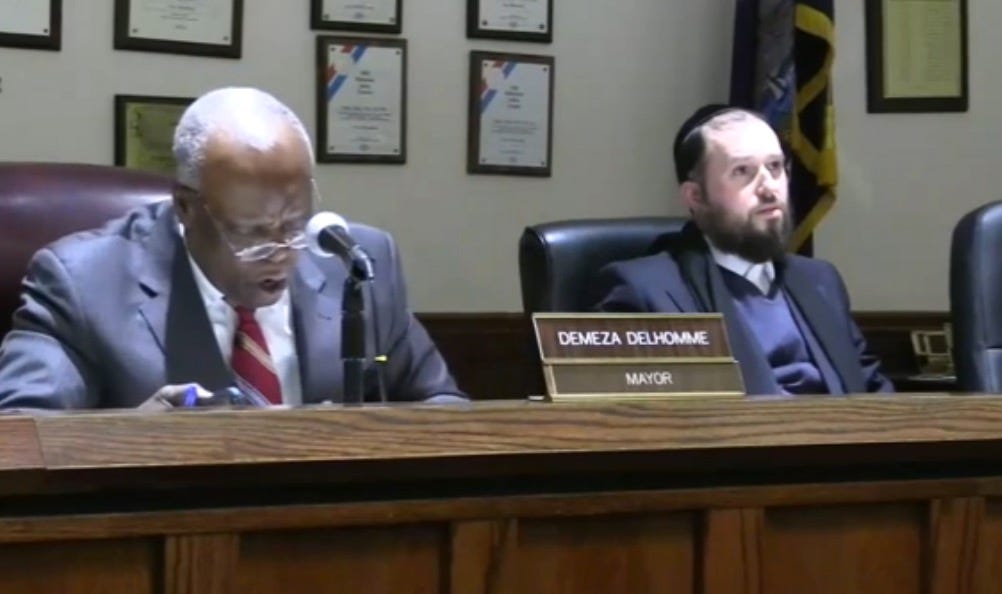 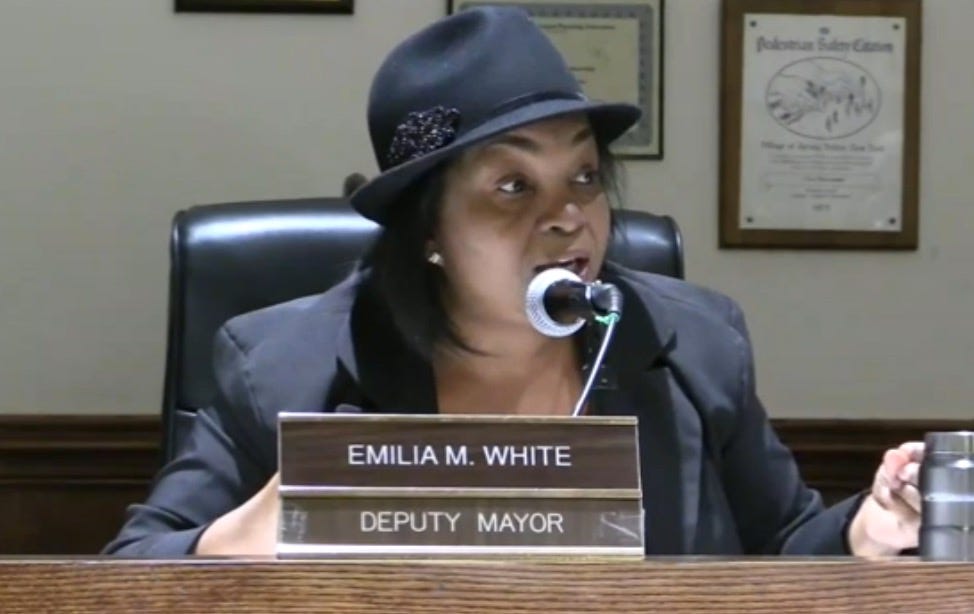 The town will be in good hands if mayor Big Bad Wolf has to step down after blowing down Spring Valley’s houses and fucking all the women inside.