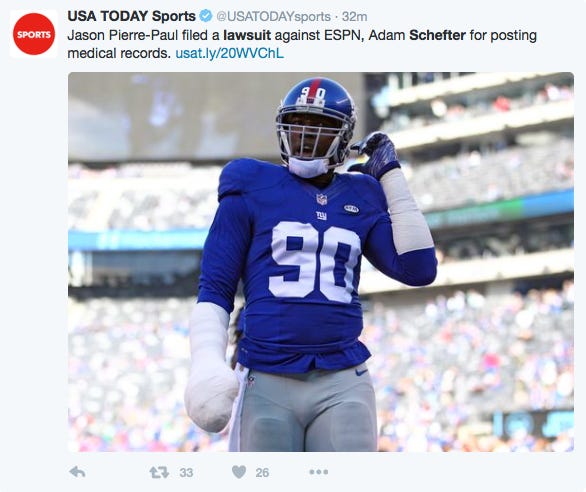 Just the visual of Schefty getting sued is so fucking perfect to me. Like how many hours of sleep do you think he got last night? Just pacing around in his bedroom, talking about how he always does the right thing, never breaks the law, everyone always said he was such a good little boy growing up, how could this happen? He’s calling all his friends that are lawyers just to feel out his case. Probably spent at least 3 hours last night on the phone with his mom, she’s not mad though, she’s just really disappointed in Adam. Then at like 4 am he decided he wasn’t getting any sleep tonight so he threw on the top part of his suit, went down to his basement, turned the lights on, climbed up into his high chair and started practicing how he would address the lawsuit on tomorrow’s sports center. 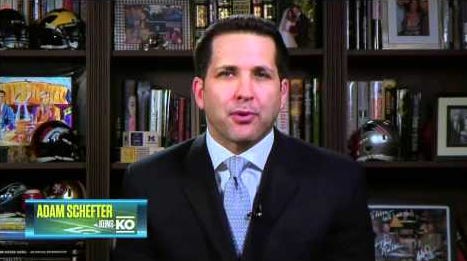 Biting his little tiny fingernails. Sweating from his temple, rubbing his lucky mini Michigan helmet. Come on Adam, remember that time Rapaport had you beat on the Coughlin story in New York, you’ve clawed your little body out of worse. You can do this man. Pull yourself together, Adam!

And now we’re here it’s day time and Adam Schefter is trending on twitter and being talked about all over the country but for all the wrong reasons. Adam is on the wrong side of Johnny Law for the first time and it feels fantastic. I for one hope this is like a new, Schefter 2.0. Just goes Bad Boy heel on us and starts getting sued left and right. Grows a black Hollywood Hogan goatee and pushes people around in Bristol. Run with it Schefty, you can do this. It’s rare a man gets to rewrite his entire persona this late in the game. You’re being sued now for journalism practices I learned were wrong day one in J School. Say goodnight to the bad guy, yeah, that’s me, schefty. 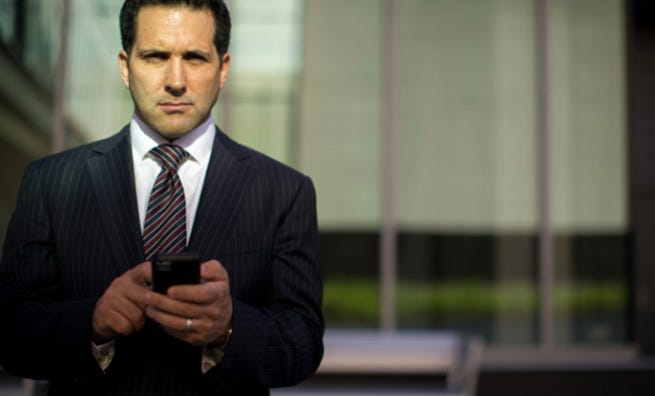