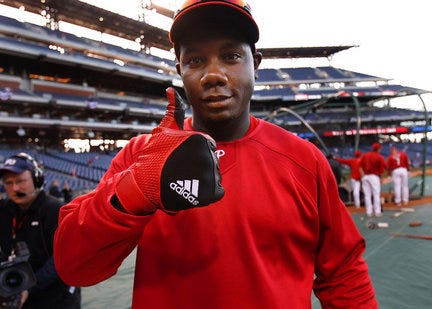 And we’re off! Philadelphia’s most loved/hated athlete in sport’s history is back for the final year of his historic contract and will get $20+ million to platoon at first base. So, of course, The Big Piece took to the press on the first day of camp and didn’t hold anything back. Let’s discuss.

Ryan’s thoughts with the media:

Ryan wasn’t happy with the media. Boo freaking hoo. Portrayed as the bad guy? Yeah, when you make comments to reporters like “Would You Like To Switch Places? You Want To See What It’s Like?”, people are going to give you shit. He was already despised at the time for making so much and caring so little. But with that single comment in 2014, Ryan Howard has crowned himself the least liked athlete in Philadelphia. Let the fans eat cake.

Yo, bro. You’ve made $25 MILLION a year for playing a kid’s game. Yeah, you get scrutinized for your shitty play on the field like you’re under a magnifying glass. Big whoop. THIS IS THE HOUSE YOU’RE GOING TO LIVE IN WHEN IT’S FINALLY DONE. That billion dollar Florida mansion has a Lazy River for Christ’s sake. People have to deal with shit everyday in their miserable lives and don’t have fuck you money they can go home and Scrooge McDuck in to relax. I get boo’d and threatened multiple times a day and I consider tuna outside the can a delicacy delivered by the God’s. So, please Ryan, spare us the pity party before the great memories become overshadowed for good.

On to platooning vs. lefties:

“I know I can hit lefties.” “The track record speaks for itself.”

Uh, no, you can’t. And yes, it does – But not in your favor. Here’s Howard’s wOBA (weighted on base average, because Sabermetrics, bitch) 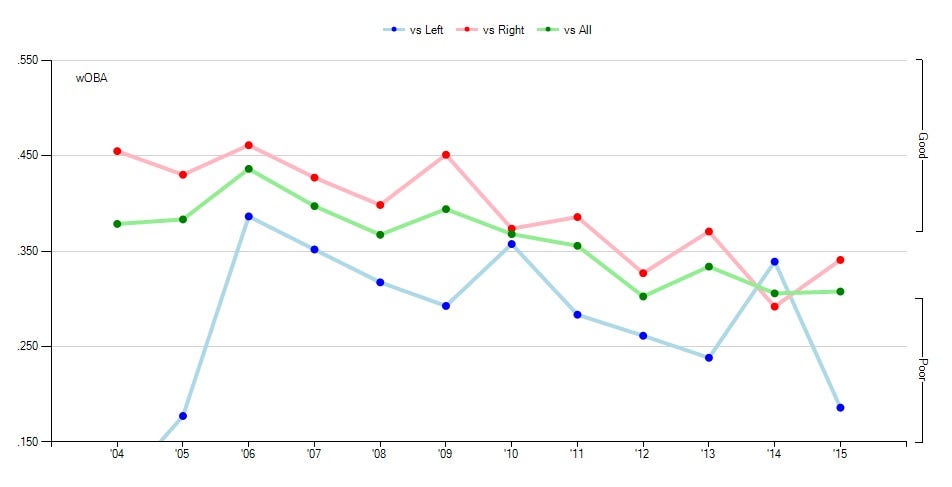 So, yeah, the track record speaks for himself. I would call him a walking vagina but even a labia with legs could hit a curve ball off a lefty every once in a blue moon.

And finally, his thoughts on trade rumors:

Completely content with GTFO of dodge. And I don’t blame him for that, because honestly, he’d be DH’ing somewhere in the AL for years now if someone would take on his bloated as balls contract.

And that’s that. Best case scenario is he gets hot and we’re able to dish him off for a bucket of balls/dicks before the trade deadline, but that’s not likely to happen. I guess we’ll try and get our money’s worth out of Howard in his final year, but unfortunately Golden Sombreos hold no monetary value in America.

Such a damn shame, too. Howard should be respected and reveared like a God in this town for bringing this city a championship and 4+ years of amazing baseball. His 2006 MVP year alone stands as one of the greatest single season performances in baseball history – .313, 58 HR’s, 148 RBI’s. But, dammit. Ever since he went down on the last pitch of 2011, things have simply snowballed to shit. It’s not 100% his fault, but he didn’t help his own cause. Still, expect a big time standing ovation and/or ball washing when Howard’s cemented onto the Phillies Wall Of Fame in 5+ years. He deserves it and we all know it.