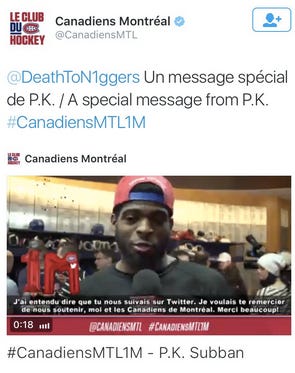 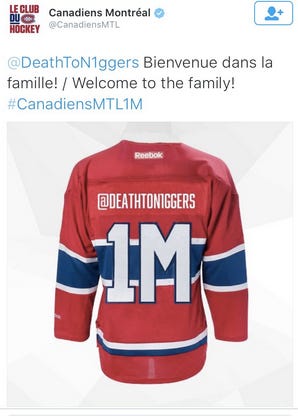 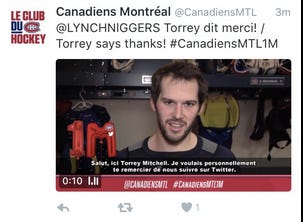 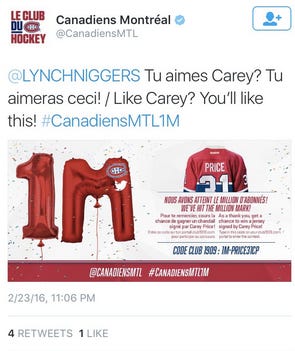 I’m not a social media expert. I’ve never claimed to be and I never will. But, if I had to offer just a little bit of advice to the Canadiens it would be this: when your squad is in the midst of a remarkable collapse, your best player is a black guy who’s already dealt with a ton of racist shit, and your best player is concussing babies then take it easy with having your handle attached to really racist stuff. I’m not saying eliminate the racism entirely, just tone it down a smidge with the tweets about hating n-words and lynching them. I know they’re automated tweets, but maybe grab an intern and say, “Hey, we’re in a bad place right now. Let’s really work on avoiding tweeting the N-word. I think that would be in our best interest.” Happened to the Patriots when they did the exact same thing but I feel like this is a classic “trick a wildly popular international sports team into tweeting the N word once, shame on you, trick a wildly popular international sports team into tweeting the N word twice, shame on me” situation.