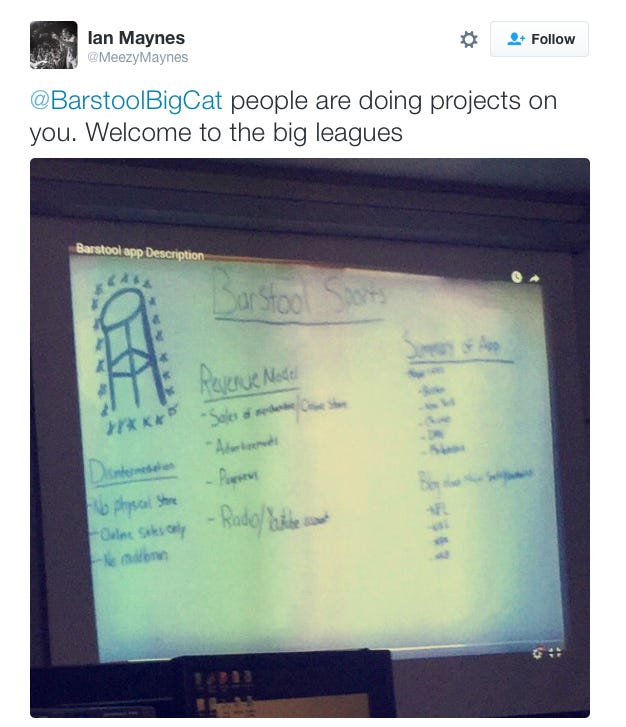 Just so perfect. If you had told me someone would be dumb enough to do a presentation on Barstool Sports for an actual class this is EXACTLY what I would have expected it to look like. Looks like something that was scribbled together in 20 minutes on the back of a paper plate covered in hot sauce. Literally just drew a big Barstool and stated the most obvious facts about us. It’s like a low rent used car commercial written out in fake power point. Or Mac and Charlie’s “Fight Milk”

Barstool Sports! We’ve got Blogs sports such as NFL, MLB, NBA, and the NHL! Physical store and youtube! The Revenue models is sales of things distributed by NO MIDDLEMAN! Barstool Sports, sports and stuff that make a bunch of pageviews, on your phone!

And the best part is, he kind of nailed it. Our app sucks. Crashes, does weird shit. So to expect a presentation on it to look any different would be wildly hypocritical. Raw and uncut, saying the stoolies and barstool are rough around the edges would be an understatement, never change guys, never change.

The person who tweeted this at me just explained that the kid who made the project is number 43 in this video. So it all makes so much sense.