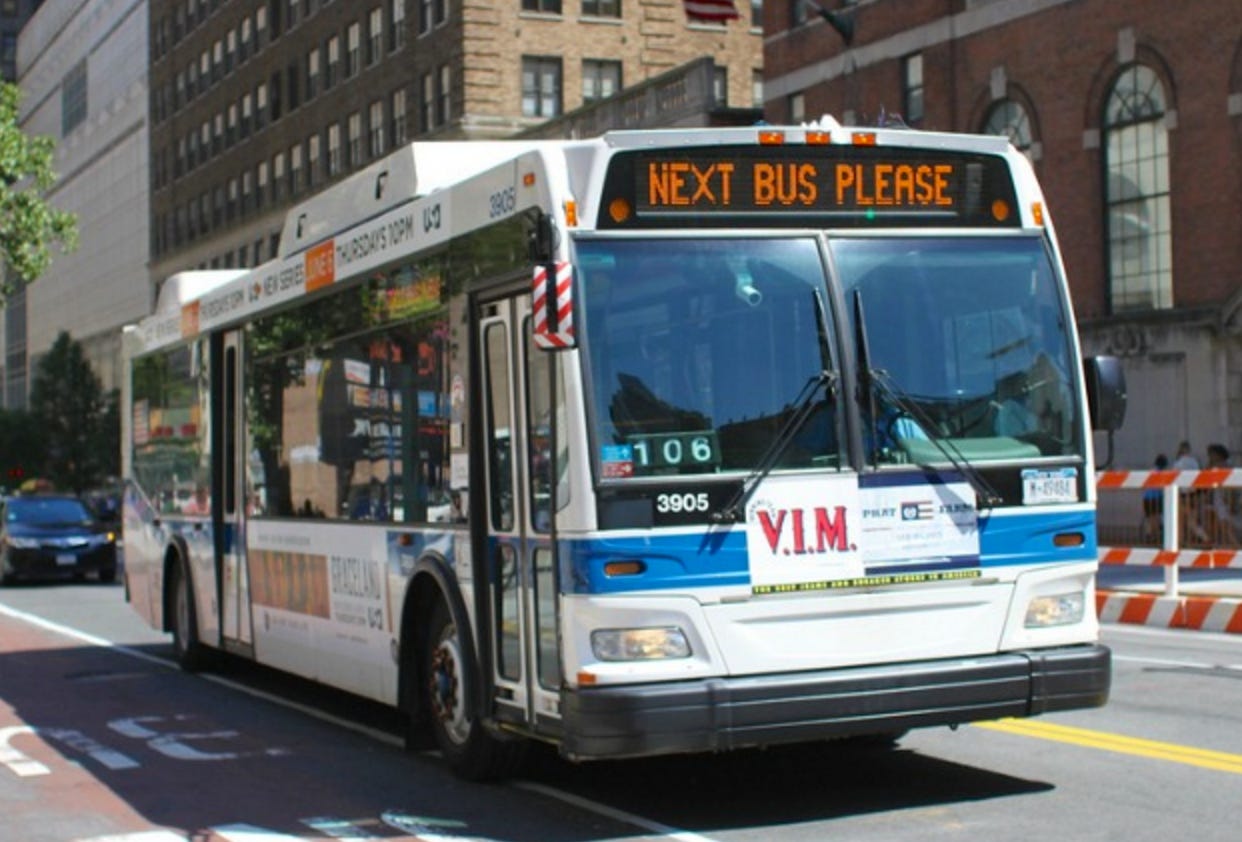 Gothamist – An M101 bus was stolen this morning by a cigarette-smoking passenger who feared she was being followed. According to the MTA, a woman in her 50s (who the NYPD described as 34 years old) lit up in the back of the bus around 7:10 a.m. while it was stopped at 96th Street. Upon noticing the smoke, the driver asked her to put out the cigarette and get off the bus, at which point she reportedly became angry. The driver’s command center recommended transferring the passengers to another bus. With the help of another bus driver, the passengers were safely transferred to the next bus—but while the switch was occurring, the woman allegedly jumped into the driver’s seat and took control of the vehicle. She only made it to 100th Street and Third Avenue, where she was blocked by another bus. While she was paused, a dispatcher was able to reach through her window, disable the bus, and open the front door, allowing NYPD officers to board and place her under arrest. She allegedly told police officers that she stole the bus because she was being followed. After placing her under arrest, police said they transported her to Metropolitan Hospital for evaluation. Charges against her are pending.

Grand Theft Auto: The Big Apple. You just wish she had a couple Molotov Cocktails on her to take things up a notch. Make it a little further than just 4 blocks. Plow right through that other bus, start blowing shit up, mowing people down, and see how far she could make it until shes got 5 or 6 Stars on the Wanted Level. Get the choppers circling her before her joy ride is over.

I’m almost jealous of people like this. I mean sure shes probably mentally unstable. If I had to guess maybe a junkie. Probably at least a little homeless. But I’m always a little but intrigued by the idea of just doing whatever comes to my brain at all times. No angel on my shoulder. Just two devils. No conscience. No concern for the consequences. Just pure action. Catch and shoot. Some uptight asshole bus driver tells you to put your cigarette out, you steal that bus. Wait until passengers are transferring from one bus to another like we’re in the fucking movie Speed and when nobody is looking take that shit. Its beautiful really. An incredible way to live. I’ve never even wanted to steal a bus until I heard about this woman but now its all I can think of.