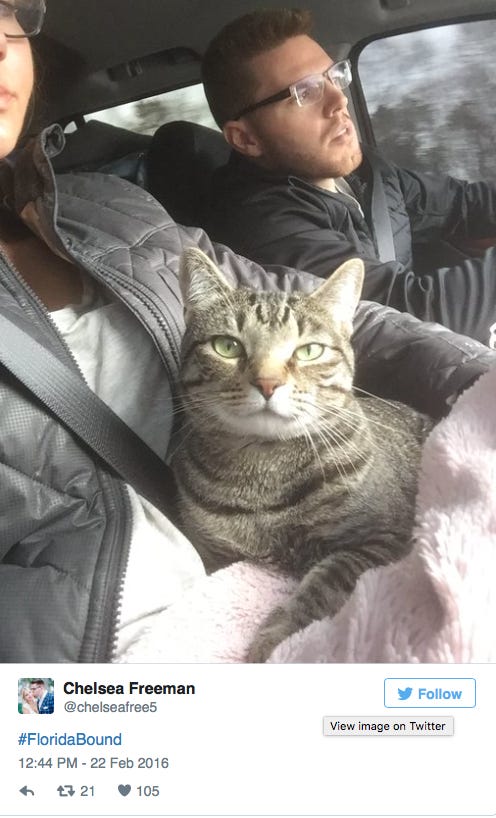 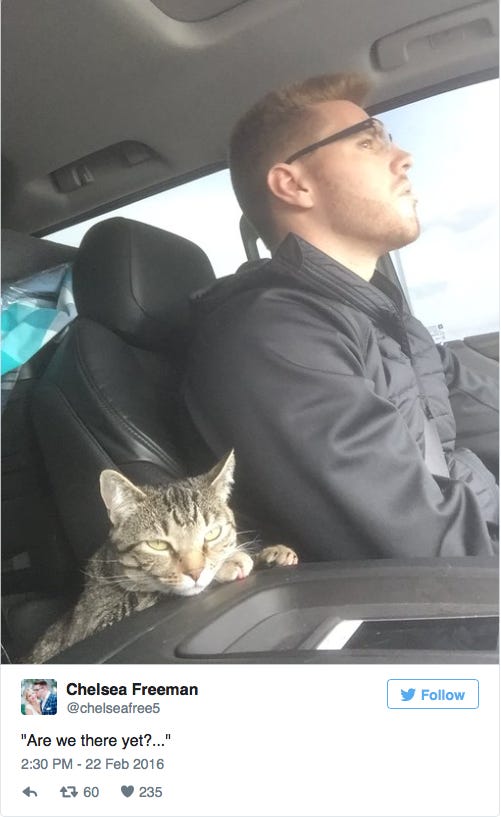 I’m going to try to keep this civil. Gonna be as nice as possible. Just a cordial nice internet man. That’s me. Ready? Here we go.

What the fuck is the deal with this fucking cat? Why is he staring at us like that? Does he not have a cage to ride in? Is he looking for a fight? I’ll fight a fucking cat. Also Is Freddie Freeman a cat guy? Like does he love cats? Does he not have a dog? Is he a rich person with a huge house and an enormous backyard and no dogs? Do you know how stupid that makes you? Do you know how irrationally angry that makes me? If I had millions of dollars I would have hundreds of dogs, not a lone single creepy cat that stares at me trying to eat my soul while I drive to Spring Training (not saying you can’t own a cat, be my guest, but you need like 10 dogs for every 1 cat). This is the guy the Braves just invested in? This guy? Cat guy Freddie Freeman? You know who else has a cat? Mat Latos, he’s a dick. Even Sox fans were like eh, Mat Latos kind of fucking sucks. You know why? He’s a cat guy, selfish, not a team player, not out for the better good, bad for the clubhouse, bad for life. Hitler literally killed his dogs because he was a cat guy. What are you doing Freddie? What are you doing.

PS
Letting your wife drive is also a weird ass move. When I go places, I drive. Only person who gets driving privileges over me is my father, that’s it. 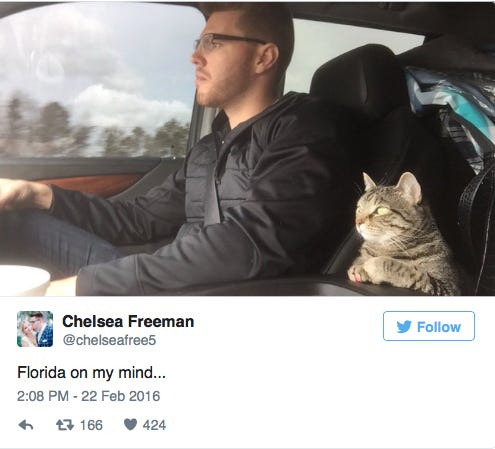