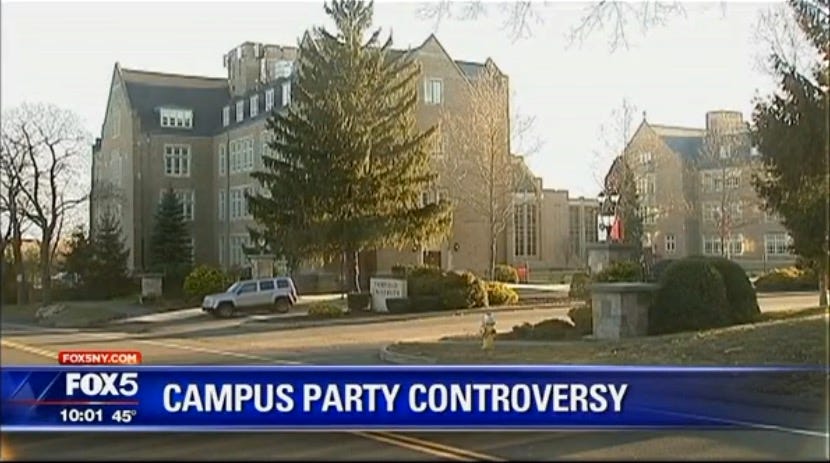 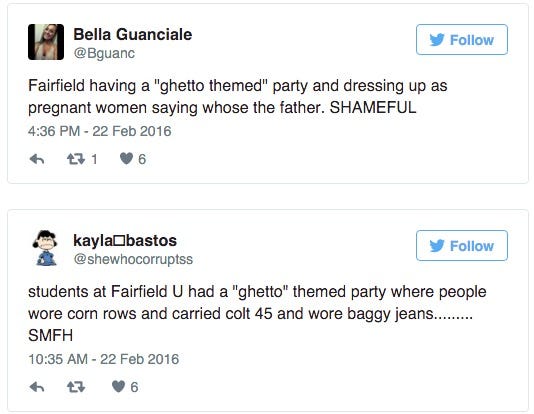 CONNECTICUT (FOX 5 NEWS) – Students at Fairfield University held a racially insensitive party over the weekend, according to several social media reports. The university confirms that it is investigating a “ghetto-themed” party held at a house on the beach on Saturday night.

In an email today, the university president said the theme of the reported party “Perpetuated racial stereotypes that have no place in our community and only serve to offend and devalue people.”

While some students were disgusted by the party, other students believe this is all just a big misunderstanding.

Fairfield released a statement in part which reads: “University administration is working with students and diversity officers to investigate the incident. Fairfield University is explicitly committed as a Jesuit and Catholic university to a culture that embraces and celebrates diversity.”

What kind of dumbass still has these parties? I mean I guess that’s pretty much the definition of a college kid. Not giving a fuck about anything and making mistakes. But to live in the year 2016 and have access to a TV and the internet, and still not be able to anticipate the shit you’re going to get for going to or hosting a “ghetto” themed party, you have to be bordering on braindead. Especially at a school that’s 78% white.

I did laugh at this guy’s response though. 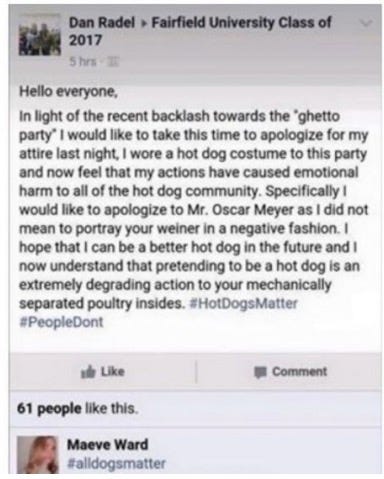 Hot Dog lives matter, we can all agree on that.

And they may be idiots, but to their credit, I couldn’t find one single picture from the party online. Nothing on Twitter or Facebook of somebody in an XXL Allen Iverson jersey covered in blackface and cornrows. That’s progress I guess?

First thing that pops in my head every time I hear the word ghetto.