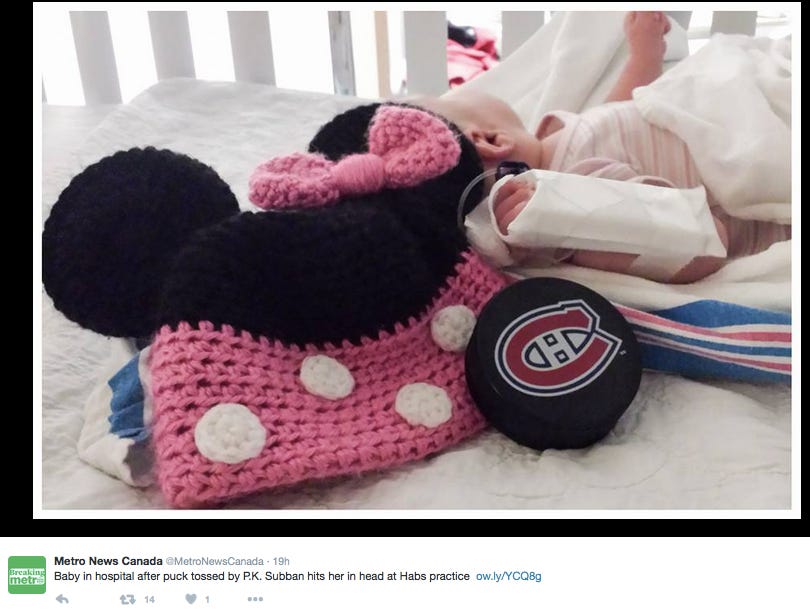 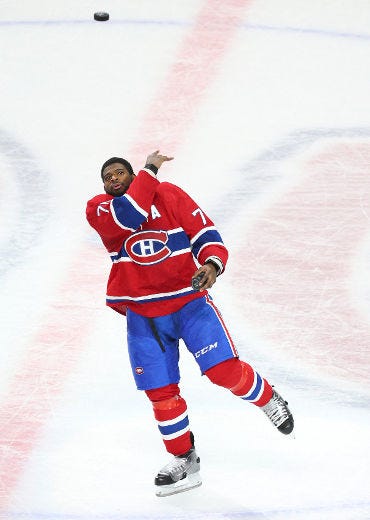 I can’t read French and I’m not going to translate that Facebook post from the mom of some concussed infant. Instead, I’m going to go with what I know and make up the rest. PK Subban gave a baby a concussion. That part’s a fact. The rest is up to me and I’ve decided he did it because the baby wouldn’t stop crying while the Canadiens were trying to practice. This very much annoyed Subban, a source reports, and he even told one teammate “I’m gonna hit that baby right in its soft skull with a puck. If she’s unconscious then she’ll definitely shut the hell up.” Subban was later seen in the dressing room laughing about the incident and making the international face for “crying baby,” mocking the helpless child. When a team official told Subban that he’d actually injured the infant, Subban replied “Good. Fuck babies.”

PK Subban, good guy? Not after hearing that story I just made up.