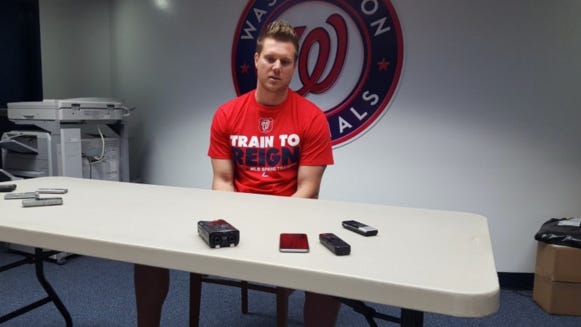 Washington Post – On Friday, Nationals closer Jonathan Papelbon sat at a folding table in Viera, Fla. and apologized to fans, coaches and “everyone included” for choking Bryce Harper in the dugout on Fan Appreciation Day last September.

Papelbon wore a Nationals T-shirt with the words “Train to Reign” as he issued his apology and answered questions. According to Thomas Boswell, Papelbon originally planned to address the media in a shirt bearing a slightly different message.

…he walked the Nats’ complex in a cut-off muscle T-shirt with arrows pointing to big biceps covered in jagged tattoos. The shirt said: “Obama Can’t Ban These Guns.” Pap wanted to wear that shirt to the “apology press conference,” but he was talked out of it. 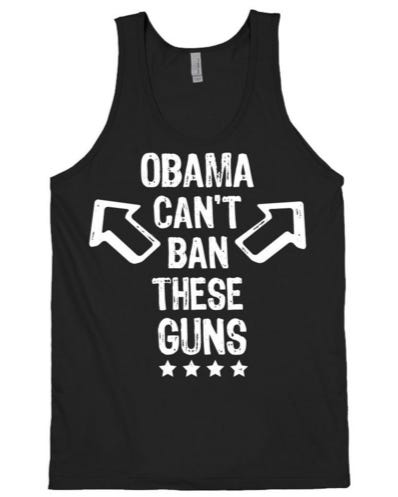 Just imagine the scene: Papelbon is set to talk to the press for the first time since choking Bryce. This apology is going to set the tone not just for Spring Training, but the general attitude for how the season is going to go. And Papelbon wanted to show up in a tank making a political statement, and thought nothing of it. Was just gonna pop on the tank he picked up at the Ocean City boardwalk, throw in a dip, and maybe make some comments about the type of people who ride public transportation. Beautiful.

Just like I said, Papelbon has cleaned up his act. Just gonna cakewalk through this season, as he’s a changed man and who the fuck am I kidding, it’s not even worth being sarcastic about. Papelbon is clueless, brainless, and downright retarded. He couldn’t even go ONE DAY at spring training without causing controversy. Or nearly causing controversy, since they through him in a room and forced him to change. And the thing is, I’m beginning to realize it’s not his fault. He just doesn’t understand societal norms. He’s simply a half retarded robot that only knows how to throw a ball, he doesn’t really understand everything else going on around him or how decisions he makes have consequences. Which is why it’s so impressive that he was able to make a career out of being a pitcher, because he doesn’t seem to have the ability to think ahead whatsoever. So we’ll just go on, full speed ahead, with Papelbon in the locker room. When he inevitably does something awful during the season and the Nats are sitting in 4th place, they’ll have nobody to blame but themselves for letting him stick around.