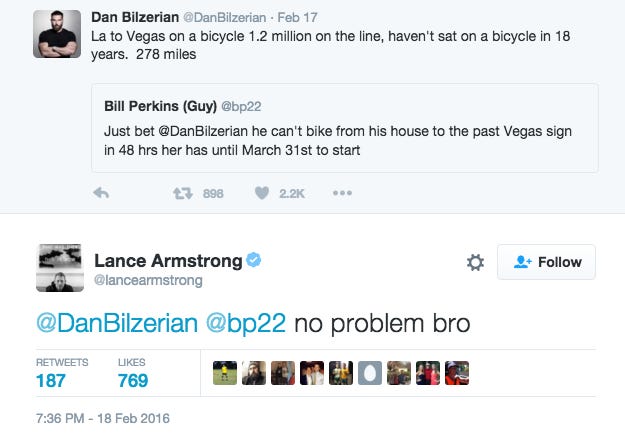 As you recall, Dan Bilzerian made a $600,000 bet with billionaire Bill Perkins that he can bike from LA to Vegas in 48 hours. Well then out of the god damn steroided up clouds, Lance Armstrong chimed in, saying that it’s no problem bro. Out of god damn nowhere, like a bat signal went off and Lance has to chime in if it involves biking and a guy who knows his way around a doping needle. And then bored billionaire Bill Perkins who will toss money at anything and everything, decided to challenge Lance himself. 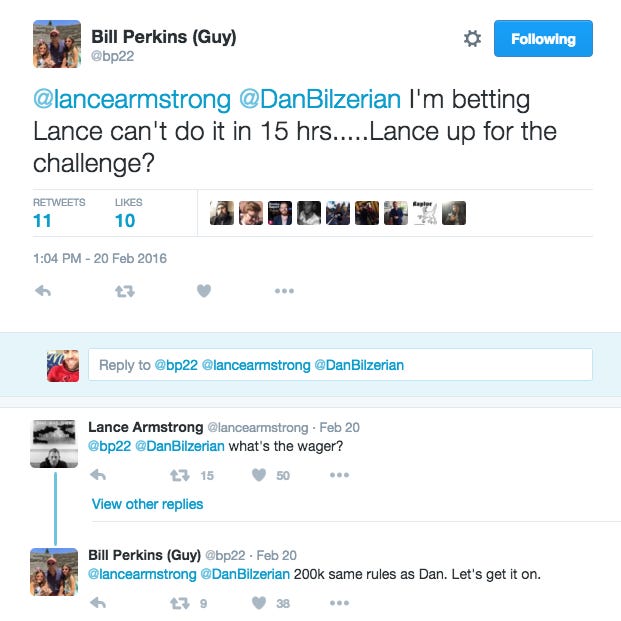 Lance HAS to take this bet. Has to. He has no image to uphold. He’s been caught cheating, lying, and stealing more times than he can count. He doesn’t have to act like he’s not a degenerate who cheated on his wife who helped him through cancer so he could fuck Cheryl Crow. Just do it Lance. Go to the dark side. It’s like Happy Gilmore taking bets at the driving range but with much more money on the line. It’s actually a great idea for a TV show, Bill Perkins offers washed up former athletes outrageous amounts of money to do stupid shit. Not sure how this isn’t a thing yet but I get royalties for when it inevitably is.

PS: Bill Perkins is not your fucking charity. He earned his billions.