Somewhere in wrestling heaven Dusty Rhodes is bitching and moaning how Kesha fans stole his brain. Just going straight golddust on people’s faces. Kinda gotta respect it. Such a bold look. I kind of wish Stoolies would do something like this. Some sort of glitter or something. Or maybe just eyepatches? Just something that says we’re in the “we don’t fuck around club”.

PS – What was that guy at the end saying about Michael Jackson? Was he pro MJ or anti MJ? It seemed like he was pro MJ right? But didn’t Michael abuse kids not vice versa?

Double PS – Kind of sucks we’re not in NY yet. I think I know a guy who would have fit right in at this protest. 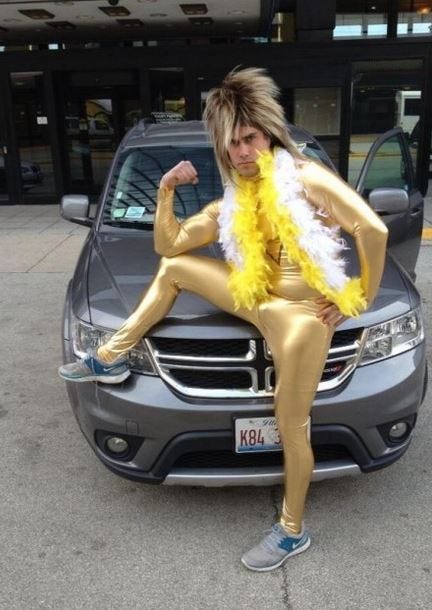