Hey Modano, tell me how my ass tastes. Hopefully the Blackhawks will never be in a situation where they need to use an emergency goalie, but if they did they’d have to feel pretty good about their chances. Incredible save by Jimmy Waite. Pushed Darling’s diving save from last week off a cliff. That has to suck for Crawford and Darling. I bet they’ll hear about Jimmy Waite’s save every day for the rest of the season.

Pretty good event yesterday put on by the North Stars and Blackhawks alumni. 40,000 people showed up and they got a decent show. Great names like Modano, Roenick, Chelios, Savard, Broten, Ciccarelli, and Bellows. Yeah, the Blackhawks win if they had Belfour in net, but at least Savard gave the fans what they wanted. Savvy-Dino Round 2:

Savvy is one of the game’s best showmen, but I do wish Secord was playing in this game to actually settle the score

The biggest news of the day though…Jonathan Toews joined twitter. Time to buy some twitter stock. Toews can make anything a winner.

And in case you were wondering “hey, this account isn’t verified. Are we sure this is Toews?” 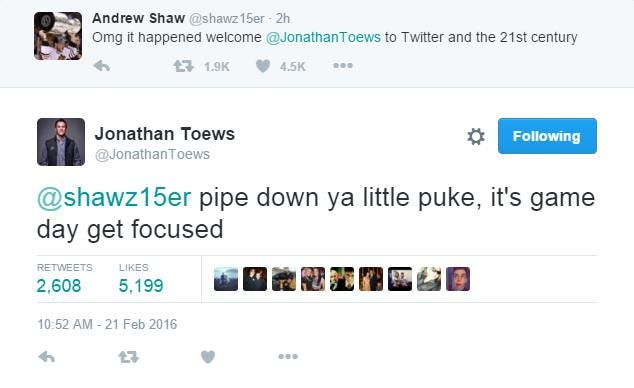 That’s 100% Toews. Doesn’t need a checkmark. Just but this tweet in his bio. Perfect Toews tweet. I wonder if Toews is gonna use twitter to slide in some DMs.

No time for chicks. Probably just got it to monitor the rest of the league. Make sure his guys are doing work and gaining intel on other teams. That’s the Toews difference. Or maybe it’s because he’s still with a girl that looks like this… 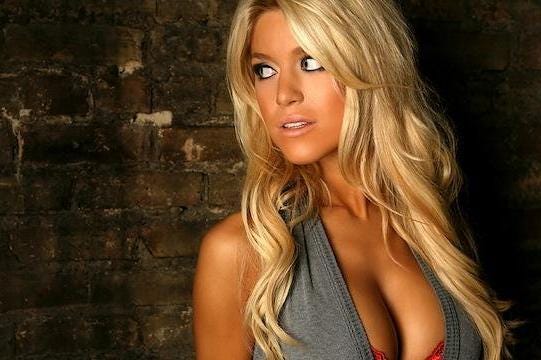 All in all, great weekend for Hawks fans. Hopefully they finish it off with a win vs Minnesota in the outdoor game this afternoon.